The issue isn't around safety, but instead messaging and vaccine effectiveness 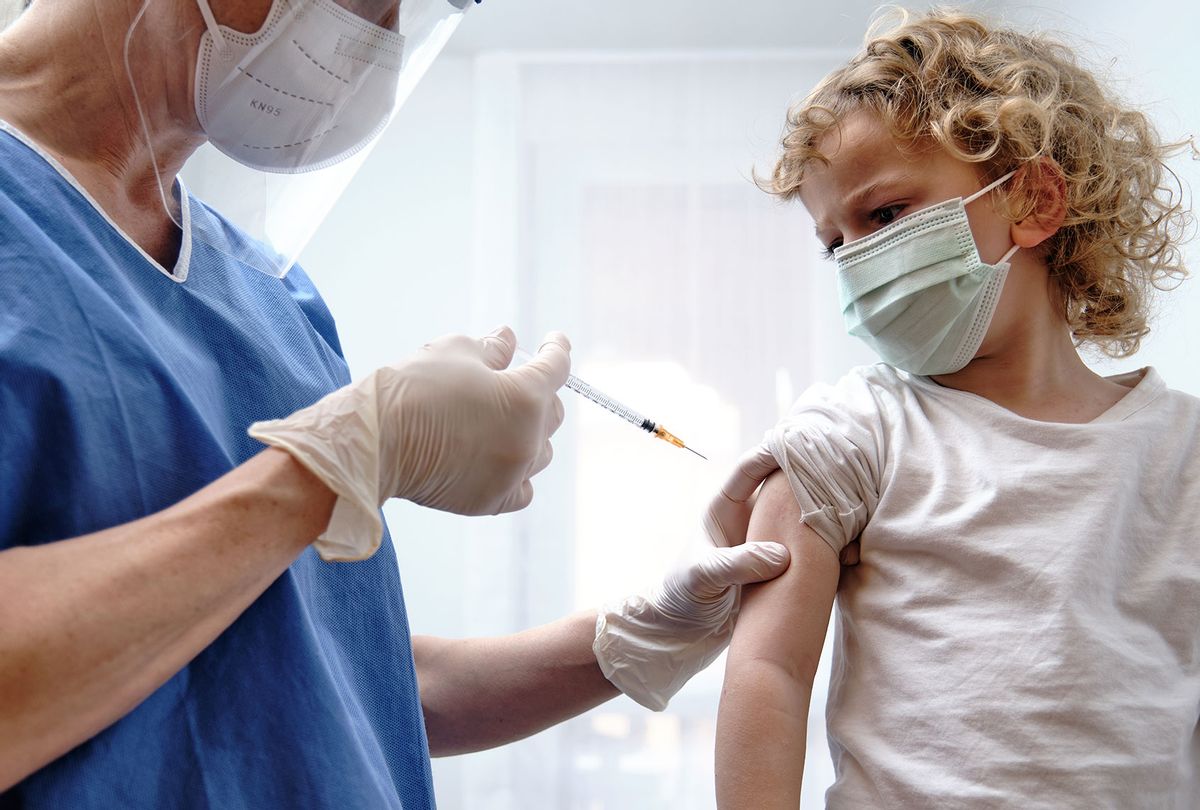 The number of groups able to receive COVID-19 vaccines has steadily expanded since the launch of the initial vaccine for adults — first, to teens, and then to 5- to 11-year-olds. Yet one group that has consistently been left out is children under the age of five, for whom there is no authorized vaccine.

That's left many vaccinated parents with anxiety over having unvaccinated young children in their household. And as versions of the Pfizer vaccine were authorized by the Food and Drug Administration — first for teens, then for 5- to 11-year-olds — the under-5 set seemed poised to be the next to get the OK for an inoculation.

But almost a year since the teen and preteen vaccine was authorized, there's still no vaccine on the horizon for the littlest kids. Now, parents of children under the age of five are facing the reality that they will have to wait even longer to get their kids vaccinated against COVID-19.

The delay in FDA authorization for a young children's vaccine was first reported by Politico last Thursday, via three sources with knowledge of the matter. The cause? According to the report, health officials believe it might be easier to authorize and promote two vaccines to parents, instead of authorizing one now, and then a second later — particularly if the second offers better protection, which could lead to greater confusion and anxiety.

Last week, Moderna announced its intention of requesting emergency use authorization for its vaccine by the end of the month. However, the FDA still doesn't have updated data on Pfizer/BioNTech's proposed vaccine for kids.

Later in the day CNN's Kasie Hunt interviewed top infectious disease expert Anthony Fauci, who confirmed that the regulatory body is considering waiting until June. Hunt asked: "If Moderna is ready to apply for that [Emergency Use Authorization], and we can have [the vaccine] in May, why can't we have it in May?" Fauci said he didn't "have an answer to that."

Yet no official announcement has been made by CDC or the Food and Drug Administration (FDA) as of April 26. That's left many parents feeling as though they're in the dark.

"It is immoral to wait any longer," he wrote in a letter sent to Biden. "Many parents of young children feel left behind, and are rightfully displeased that the FDA's lack of action and urgency has left them unable to protect their children and loved ones like everyone else."

This news also comes amid increased concern for unvaccinated children, as public health mitigations are being relaxed across the country. Last week, the Centers for Disease Control and Prevention (CDC) released a report stating that infants and children between the ages of 0 and four were hospitalized at approximately five times the rate during the omicron surge than they were during the delta surge. Unvaccinated children between the ages of five and 11 also led to a record number of pediatric hospitalizations during omicron. This week, the FDA gave its first full approval for the COVID-19 treatment remdesivir, for children under 12, but emphasized it wasn't a replacement for vaccination.

At the end of 2021, health officials in the administration hoped to authorize shots by Pfizer and BioNTech for kids between the ages of six months and five years sometime in early 2022, possibly by February 2022. But when February 2022 rolled around, the possibility of any authorization was pushed to spring; then, the Food and Drug Administration (FDA) stated that the agency wanted more data submitted around the possibility of a three-dose vaccine amid concerns of omicron affecting the vaccine's efficacy. While the FDA didn't specify a timeline at the time, STAT News reported that vaccine data wouldn't be available until April, raising hopes that spring would bring an emergency use authorization (EUA) at last. And now, parents are looking at the possibility of a June approval, as Pfizer and BioNTech efficacy data still isn't available.

Blumberg noted that even 40 or 50 percent protection is "good." "That's similar to the influenza vaccine," Blumberg said.

Dean Blumberg, chief of pediatric infectious diseases and associate professor in the Department of Pediatrics at the University of California, Davis, emphasized to Salon the delay continues to be about getting the right dosage, and an effective vaccine, and not about the vaccine's safety for kids.

"The bar is set really high for the safety issue, [but] it's difficult to do the effectiveness studies," he said. "So they're trying to do the antibody comparisons, and that's been a challenge. We know that the vaccines don't protect as well against omicron, so it's kind of a moving target in terms of the effectiveness that you're aiming for."

Indeed, the results Moderna released at the end of March found that the company's two-dose vaccine was safe for children between the ages of six months to six years. However, the efficacy against an infection with the omicron variant was low: between 37.5 percent to 44 percent. Previously, Pfizer and BioNTech announced that for children between the ages of two and five, its two-dose vaccine didn't produce antibody levels similar to those seen in adults. Hence, the companies are continuing the trial with a third dose.

Blumberg told Salon the logistics of a third shot could also cause issues.

"More doses mean more potential missed opportunities to get fully up to date with vaccination," Blumberg said. "And of course, nobody likes kids getting [more] shots."

Blumberg added he's optimistic June will finally be the month, and said even if the efficacy of the vaccine is lower than expected, it will still offer some protection, which is better than none.

Blumberg noted that even 40 or 50 percent protection is "good." "That's similar to the influenza vaccine," Blumberg said. "Preventing infection will prevent the possibility of long COVID down the line, so there's certainly benefits for the individual child, and then there's also benefits for families — so that if children become infected, then you're less likely to have transmission within families."

While parents are certainly frustrated, some are OK to wait a little longer.

Crystal King, founder of Amazing Baby and a mother of two toddlers, said if she has to modify travel plans for a few more months in order to keep her kids safe, she'll "gladly do it."

"I signed up to be a parent for a lifetime, and truthfully, motherhood has taught me to be more patient," King told Salon.