A positive medical test can have very different meanings in different circumstances. Here's why 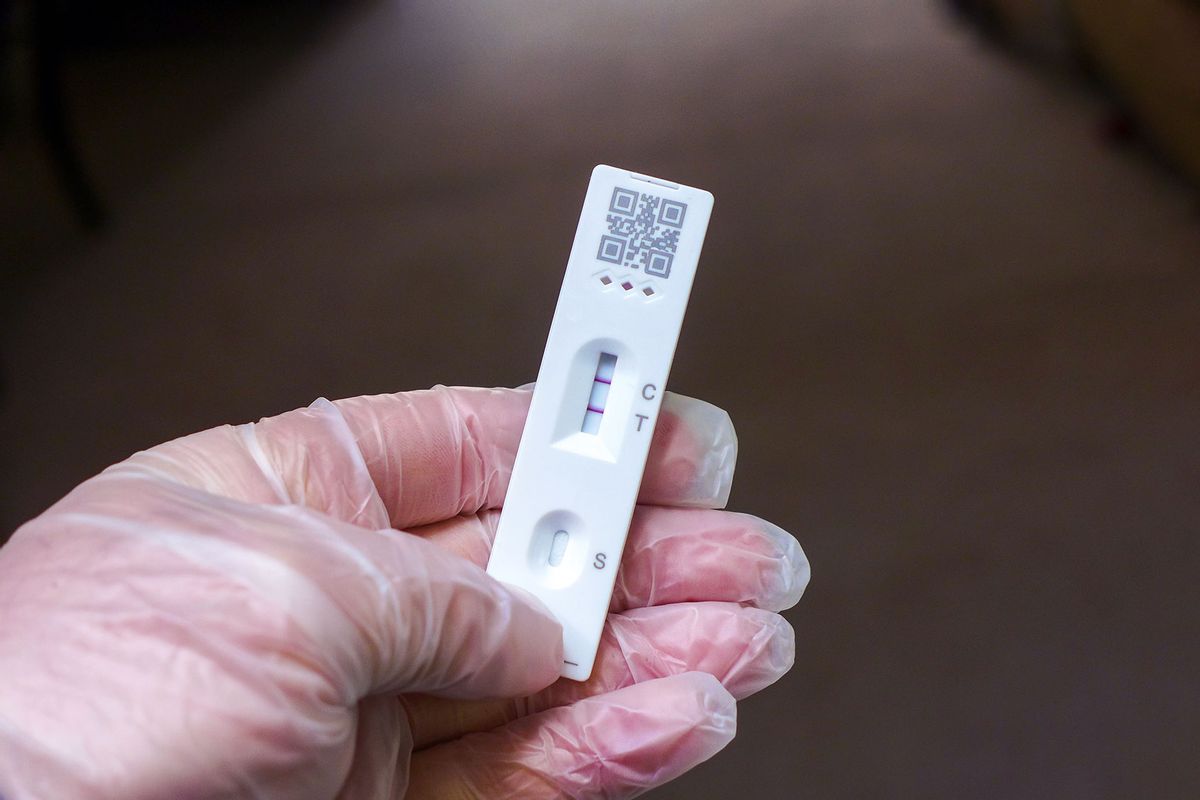 Testing positive for a disease can be a life changing event.  All of us are likely familiar with the various tests for COVID-19, but the ability to detect and treat disease has exploded in recent decades, from HIV, to early markers of cancer, to early signs of dementia.

Getting a positive test can be devastating.  The mind whirls, simultaneously sinking into dread and denial.  How can I have that disease?  It must be a mistake.  Are you sure it was my sample you really tested?

Lab errors certainly do occur but are quite uncommon.  Regardless, what a positive test really means is often misinterpreted. More curiously, the chance of a positive test being wrong (i.e. a false positive) can change depending on your own circumstances.

Typically, people think of a positive or a negative test as just that: they do, or do not, have an illness. It's a binary determination.

Oddly enough, when you get the result of a diagnostic test, its meaning is a function of how likely you were to have had the disease in the first place.  That is not common sense – actually, at first consideration, it may sound pretty stupid.

Oddly enough, when you get the result of a diagnostic test, its meaning is a function of how likely you were to have had the disease in the first place. That is not common sense – actually, at first consideration, it may sound pretty stupid.

Consider two different people who get tested for HIV. Neither has symptoms, but both are worried — the first because they received a blood transfusion last year, the second because they abuse I.V. drugs. The test has a sensitivity of 100%; it will always detect HIV if someone is really infected.  The test has a specificity of 99%. Only 1% of people who are not infected will test positive.

Both people test positive and are despondent at their results.  With a false positive rate of only 1%, then there is only a 1% chance that their test is wrong, and they aren't actually infected. They have a 99% chance of actually having HIV.  This calculus is a commonsense interpretation of medical testing, often carried out by patients and even in some cases by physicians.  However, it is as incorrect as it is seemingly obvious.

The meaning of the test changes based upon the risk of being infected with HIV. Currently, 1 out of every 1.5-2.0 million units of blood in the USA contains HIV.  So, assuming the transfusion recipient had no other risk factors, a conservative guess is that the probability that they were transfused with HIV positive blood is 1/1,500,000, or  a .000067% chance.  In stark contrast, the United Nations estimates that 1 in every 6.25 I.V. drug users in the United States is HIV positive, or a 16% chance.

A test that has the same false positive rate on any sample that is tested has a very different diagnostic meaning based upon the likelihood of having the disease in the first place.

Think of the transfusion recipient as a population of 1.5 million people, only one of whom really has HIV.  If you ran the test on the whole population, then you would get a positive test for the 1 person who really was infected.  Because the false positive rate is 1%, there would also be 15,000 false positive tests in the 1,499,999 people who were not infected. Thus, a positive test result in the population of transfusion recipients with no other risk factors indicates an actual likelihood of HIV infection of 1/15,001, or a 0.0067% chance.  This is a far cry less than the 99% chance that common sense indicated.  Rather, this is closer to the lifetime risk of being struck by lightning (~ 0.0065%).

This is why a test that has the same false positive rate on any sample that is tested has a very different diagnostic meaning based upon the likelihood of having the disease in the first place. It is an issue of understanding that the chance of a positive test being a true positive is a function of how many false positives there are, which is a function of how many people don't have the disease in the population being tested.

In the extreme, consider the diagnostic utility of running the very best available prostate cancer screen on two different groups of people, assigned male or female at birth, respectively.  The test itself performs identically in both groups, but a positive test will indicate a very different risk of actually having prostate cancer in the two groups — the latter having 100% of the positive tests being false positives.

It is for the above reasons that your physician takes a careful medical history, listens to your current symptoms, performs a physical exam, and considers your risk factors when deciding what tests to order.  If you have signs and symptoms of a disease, or other risk factors, your likelihood of having the illness goes up and the diagnostic power of the test increases.  This explains why healthcare providers are very hesitant to run panels of esoteric tests on people who are at very low risk for having a disease, and why post-test counseling is so very important.

Read more on statistics and medicine: