Changing my diagnosis to breast cancer changes everything 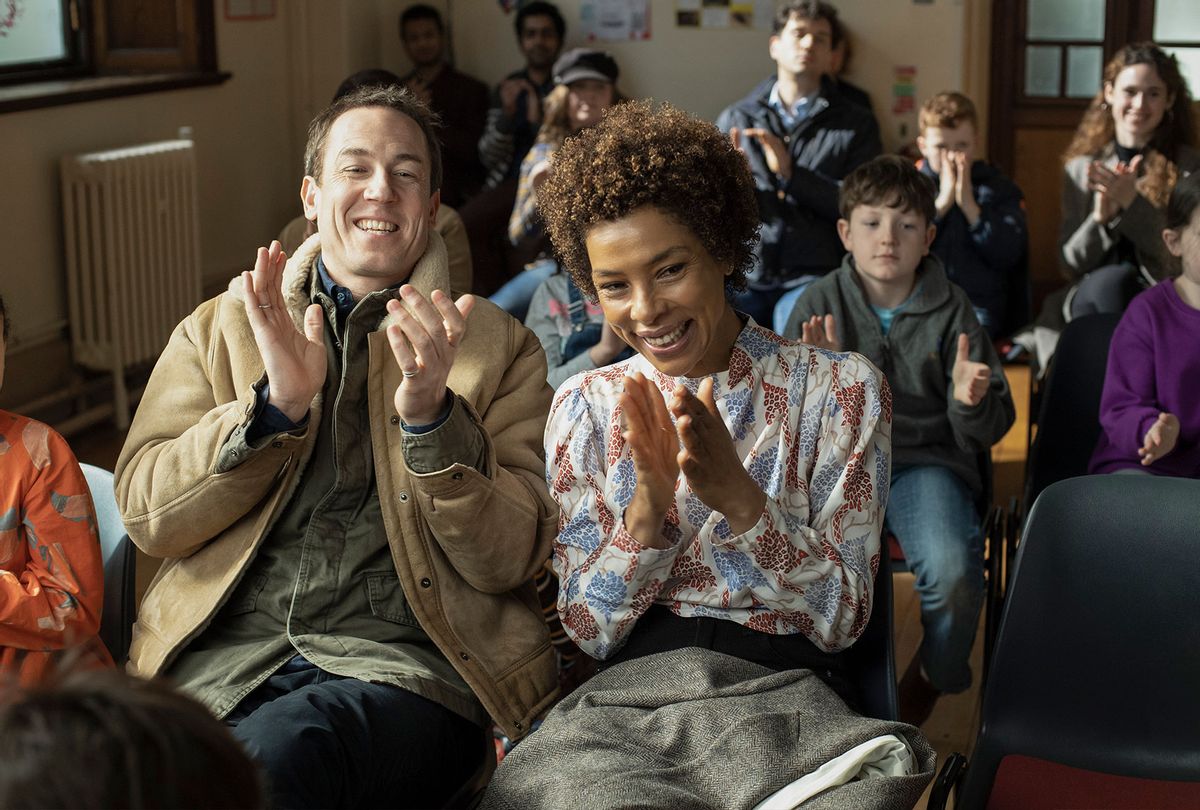 Spoilers ahead for Episode 8 of the new season of Amazon Prime's "Modern Love," "A Second Embrace, With Hearts and Eyes Open."

Men keep trying to give me breast cancer.

I can't remember the first time it happened, but I distinctly recall the first time I got mad about it. I was at a cancer support community event, chatting with a female friend. A well-heeled donor came over to us, drink in hand, smiling. "Hey," he said, giving a self-satisfied poke at the pink ribbon on his lapel, "I'm wearing this for you." I was at the time in treatment for metastatic melanoma. My friend was enjoying a brief respite from the ovarian cancer that would soon kill her. But hey, we were women, so, close enough.

You'd be surprised how often this happens. Over the years, I have had doctors and therapists (plural!) cast a perfunctory glance at my chart and say, "I see you've been treated for breast cancer." I've been introduced at fundraisers as a breast cancer survivor. I've had new acquaintances, when I've mentioned that I had cancer, leap in with a hasty and corrective, "Breast cancer." It's like what Dr. House had to deal with for lupus; you could make a supercut of all the times I've had to ask, "And what made you think it was breast cancer?" So when my 2014 New York Times essay "A Second Embrace, With Hearts and Eyes Open," was adapted for the new season of Amazon Prime's "Modern Love," I guess I shouldn't have been surprised that writer Kieran Carney had changed the main female character's condition . . . to breast cancer.

I am well aware that there are far worse fates than surviving a rapidly fatal disease, writing a story about it, and having that story inspire a production directed by the guy who did "Once," John Carney, starring Sophie Okonedo and Tobias Menzies. I know that I am a multiple winner in the Powerball of life. I am also aware that the show is called "Modern Love," not "Modern Medicine," and that the character's exact form of cancer may seem an incidental and irrelevant plot point to the casual viewer. But the zealous attachment — both in the healthcare world and the entertainment one — to an extremely narrow, male gaze-driven version of the female experience of illness is no small thing.

We have an entire month of the year devoted to "raising awareness" of breast cancer — and to making sure it is done in the girliest, sexiest, pinkest way possible. In our depictions of the disease, the breast cancer patient is rarely shown as a woman in her 70s, even though that's the age group most likely to receive that diagnosis. Instead, we lean to a more relatable "Save the tatas, buy a lipstick" script. Because our breasts, like our hair, signal to the world our desirability and our femininity. For a woman to lose those things to cancer and its treatment — at least for a woman in her prime to — is regarded as uniquely tragic. For her to lose a lung or a kidney has far fewer overt aesthetic implications. We are prioritized by the parts of our bodies that are valued to others.

This is not to minimize in any way the very real horror show that is breast cancer. It is, after skin cancer, the most common form of cancer in women. It is one of the leading causes of cancer deaths in women. My own life is poorer for the women I've known whose lives were cut short by breast cancer. And among the friends I most adore, I count survivors of it. My regard and respect for the women who've been dealt an awful disease does not mitigate my howling frustration with a culture that seems to have very little concern for or even curiosity about all the other ways in which women can get sick.

It says everything that breast cancer gets double the amount of funding of its next nearest competitors, lung and colorectal cancers, despite their high fatality rates. Pancreatic cancer, which Johns Hopkins describes as "mostly incurable," receives a fraction of the grant money breast cancer does. Other female cancers, like ovarian and uterine, receive similarly dismal attention and funding. Cancer patients and survivors of all other varieties — especially those who do not fit a conventionally sympathetic archetype — face often catastrophic disregard as we privilege breast cancer above all. And yet, given the opportunity to raise awareness of literally anything else, the creators of "Modern Love" defaulted to the most aware of cancer we have.

I can reason that, in casting a Black woman for the role of Elizabeth, changing the form of cancer from melanoma would be a reasonable consideration. Melanoma mostly affects people like me — translucent Northern Europeans. While a white person has a 1 in 38 chance of developing it at some point in life, a Black person's odds are 1 in 1,000. Sure, I could go off about the inexcusable racial disparities in detection, treatment and outcomes for people of color who do develop melanoma, but I know that's not a point to be made in a half hour romance.

What gets me, though, is that there are over 100 known forms of human cancer. Why, then, did the male writer of the episode choose breast cancer? Was it, perhaps, in part so there could be a scene of the woman shyly disrobing for her lover as he gazes on her post-surgery body and gently cares for her wounds? Was there ever a conversation, at any point, among the male writer, director and mostly male producers about how to best adapt an experience a real woman almost died from? I have been thinking lately of my conversation earlier this year with "Unwell Women" author Elinor Cleghorn, and her observation that "The male body is the model patient, and the woman is other. She's a subgroup." And when we are a subgroup, it's easy to jumble our sicknesses by our most obvious physical identifiers.

I am the least objective viewer of this "Modern Love" episode in the world, but I can acknowledge the things it does effectively. It nods to clinical trials and immunotherapy, which unquestionably saved my life. I'm truly grateful to see those often misunderstood and confusing sides of cancer treatment represented in a popular entertainment format. I can also be pleased that, thanks to the  sensitive and nuanced performances of Okonedo and Menzies, the episode realistically shows the tender misery that is illness and caregiving. And I am really, really thankful that bubblegum-colored ribbons never make an appearance, nor is the word "battle" ever uttered in connection with Elizabeth's cancer.

But the fact remains that in Hollywood as so in healthcare, we are generally afforded one narrative of women's illness. The narrative of our breasts. All our other magnificent parts — our bladders and our bones and our brains and our blood — are a lesser priority, to our own doctors and to the world outside. I do not know a single woman who hasn't devoted far too much of her precious time to banging her head against a wall trying to get a doctor to take her symptoms seriously. I don't know a woman who hasn't been told she was wrong and who hasn't paid the price, emotionally and physically, of medical indifference. It's what my friend Deborah Copaken calls in her scorching new book "Ladyparts"  the "neglect and willful ignorance of the bodily mechanics of half the earth's population." That's why it doesn't serve any of us — certainly not the 1 in 3 of us who will face cancer in our lifetimes — when the same, regionally specific story of women's bodies is the overwhelmingly predominant one we are given.

I wrote my original New York Times essay about marriage, but when the tale became a book I wound up telling a different love story. It was about my friend Debbie. She was diagnosed with ovarian cancer exactly three months after I found out I had melanoma. She had been pleading with her doctor for answers about her pain for a year. She had been told it was just stomach trouble, just middle age. She died six months after my essay published. I will never stop being furious about this.

There is a line in the new "Modern Love" episode that comes straight from my essay, a hopeful wish for "healing, in all its forms." That is still the essence of everything I want in this world. But I believe that healing in all its forms is only possible when we are willing first to acknowledge sickness, in all its forms. Until then, I suppose I'll just keep practicing saying, "No, it wasn't breast cancer."