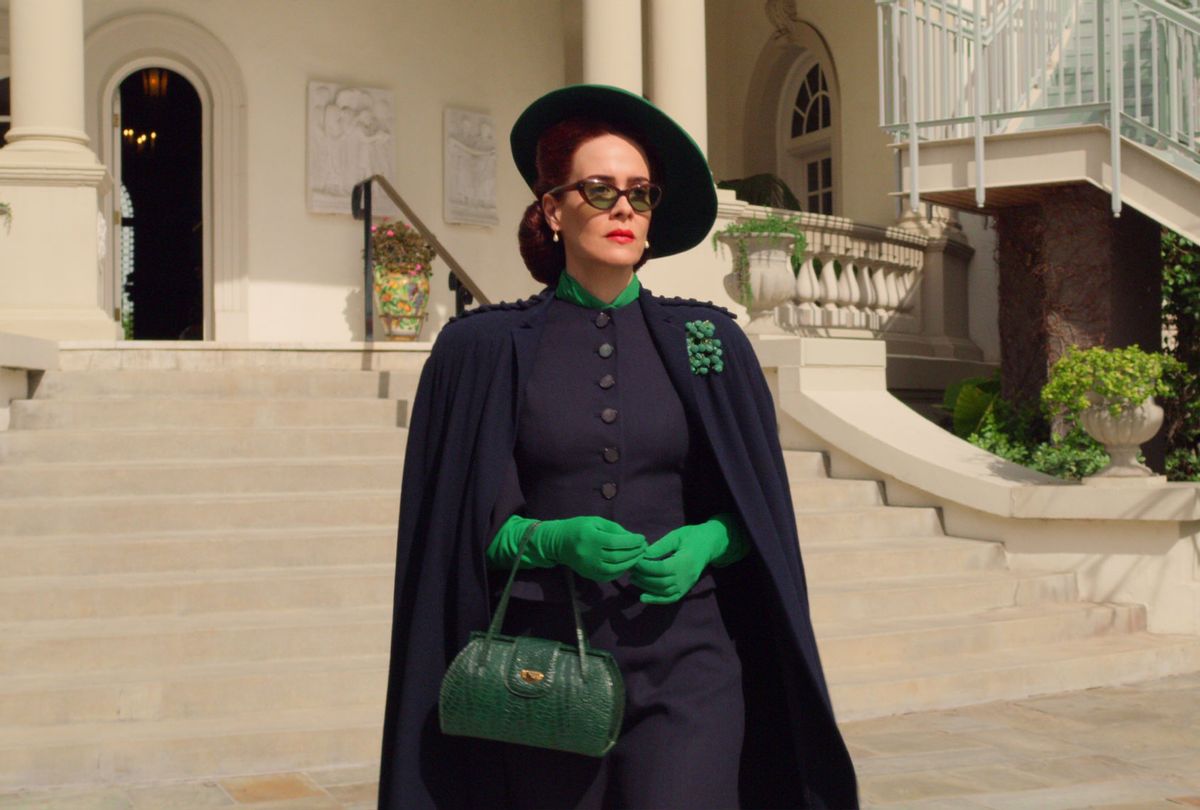 Here, top-of-the-marquee billing belongs to the series' luxurious set design, impeccably tailored costumes and sweeping natural scenery, pristine jewels the cinematographers shine and place in firm settings. The visuals are sumptuous and saturated to the hilt, with every shade represented in its optimal incarnation. Every blues is the bluest blue the brain can comprehend, and even the tone of the peas on dinner plates scream to be noticed.

Aesthetics are a Ryan Murphy signature, but in this context the producer's maximalism has a garish clang to it: Most of the series takes place in a psychiatric hospital that looks like a luxury hotel outfitted in crystal chandeliers and velvet. It doesn't merely befit Murphy's approach — it is the whole show. Imagine Murphy and his fellow executive producer Ian Brennan marveling at the boldness of the set, bringing in the cameras, getting the stars on there marks and only after all that remembering, "Oh yeah... we need to shove some kind of plot in here too."

But the story, created by screenwriting newcomer Evan Romansky, could have benefitted from its own therapeutic intervention in the spirit of knowing that everybody needs a little help sometimes.

Putatively, "Ratched" is a vehicle for Paulson, a favorite among his Murphy's repertory players, and provides us with the origin story of Mildred Ratched, the iron-fisted head nurse from Ken Kesey's novel "One Flew Over the Cuckoo's Nest." The character's very name is a shorthand for manipulative viragos. This chapter in Mildred's life is supposed to change that image, or at least inform it.

In this respect, Paulson breathes an intriguing light and liveliness into Mildred, relaxing her characterization over the course of the eight-episode season until, around hour six, her lover Gwendolyn Briggs (Nixon) inspires her to behave like a fully realized human. By my calculations, that's about five hours too late for the average person.

We enter the story with Mildred in 1947, as she journeys to Lucia, a small Northern California town (wrapped in blue, blue skies! Remember those?) where she has designs on getting a job at a leading psychiatric hospital led by Dr. Richard Hanover (Jon Jon Briones).

Quickly and efficiently, Mildred insinuates herself into the hospital's staff, even gaining control over Dr. Hanover, as she moves on to her main plan, which has something to do with the hospital's most notorious patient, a murderous psychopath named Edmund Tolleson (Finn Wittrock).

Paulson has long been associated with Murphy's horror anthology "American Horror Story," and I have a hunch this will prove problematic for anyone who remembers the best seasons of that series and notices how wan and miserably this new drama compares.

They're different brands, but they trade in similar types of bloody, gut-churning, bone-crunching violence and heightened ludicrousness to the point of confusing a passerby into thinking they're hallucinating the "Asylum" season in midcentury drag. If only.

What "Ratched" has in excess, which is saying something, are grand performances from extraordinary actors playing the hell out of parts that don't live up to their talents. D'Onofrio barrels his way through sets as the state's governor. Stoll does a magnetizing turn as a mystery man who catches Mildred's eye — a feat considering how little substance he has to work with. 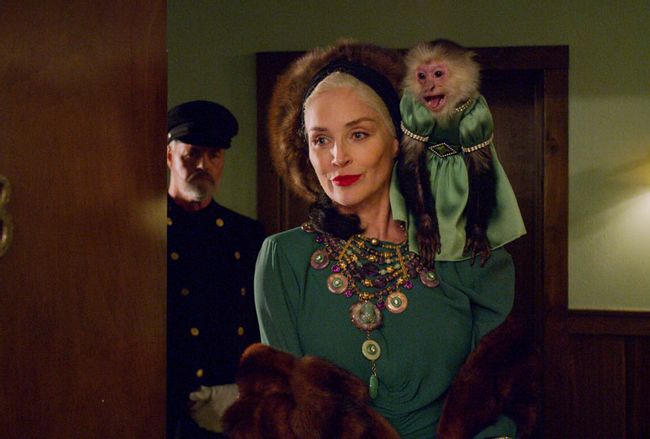 Stone breezes in and out of frame as a fabulously rich matron whose preferred accessory is her kitted-out out monkey. Okonedo unapologetically vamps her way through the hospital as a patient with multiple personality disorder. Individually, scene by scene, they're all fine. I'd even call the extraordinary Davis the real hero of "Ratched" for going toe-to-toe with Paulson and consistently reigniting the pilot light on this stone-cold mess every time she's onscreen.

This is one of those odd series where everyone kills their performances despite the nonsensical dialogue and a plot that withers into nothing before your eyes. In case you're wondering if the story meanders its way to an ending worth discussing, I assure you it does not.

A shame, because granting this stern literary and cinematic symbol a dimensionality beyond the book's characterization or Louise Fletcher's portrayal in Milos Forman's adaptation is a compelling notion. Given the way that theme aligns with Murphy's yen for exploring the interiority of enigmatic women whose images have been misshapen by dismissive male interpretation, a subject explored thoroughly and with commensurate glamour in "Feud: Bette and Joan," "Ratched" could have been quite the cut.

But its stylistic overkill ends up being its undoing.  Even the most devoted and cinephiles will weary of its slavish devotion to 1940s and '50s noir and melodrama chic. About midway through the second episode even the tension-swelling strings stop working their charm as the entire spectacle become straitjacketed by unintentional parody.

We never do get a solid sense of how or why Mildred Ratched transformed into the controlling terror the world knows her to be, which is what the drama proposes up front. "Ratched" may have started out that way, but what came out of the other end of this treatment is an unhatched egg of a narrative entirely consumed by style.

"Ratched" is currently streaming on Netflix.