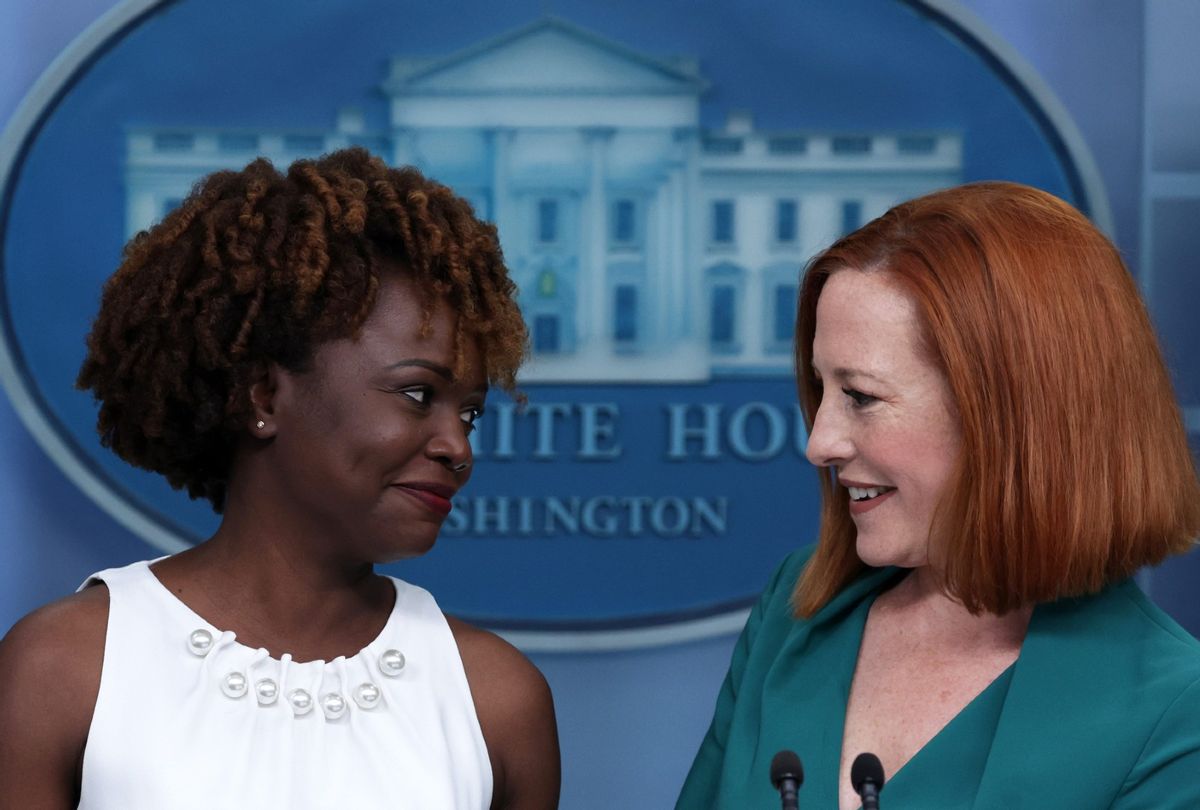 "Karine not only brings the experience, talent and integrity needed for this difficult job, but she will continue to lead the way in communicating about the work of the Biden-Harris Administration on behalf of the American people," Biden said in a statement made Thursday obtained from CNN.

RELATED: Karine Jean-Pierre of MSNBC: If we get another four years of Trump, "then it's on us"

Jean-Pierre will take over the role of press secretary immediately following Psaki's departure on May 13 to turn over a new leaf at MSNBC. On April 1, when news first began to circulate about Psaki's decision to leave her role, no mention of her replacement had been made, but Jean-Pierre's name was the first one mentioned as an obvious contender.

Jean-Pierre has worked on the White House's senior communications team since the start of the Biden administration, and has a long history with both Biden and Vice President Kamala Harris as an advisor to Biden, and a member of Harris' chief of staff prior to her becoming Vice President.

"I am still processing it ... this is a historic moment and it's not lost on me," Jean-Pierre said in a quote pulled from CNN. "I understand how important it is for so many people out there. So many different communities that I stand on their shoulders ... It is an honor and a privilege to be behind this podium."