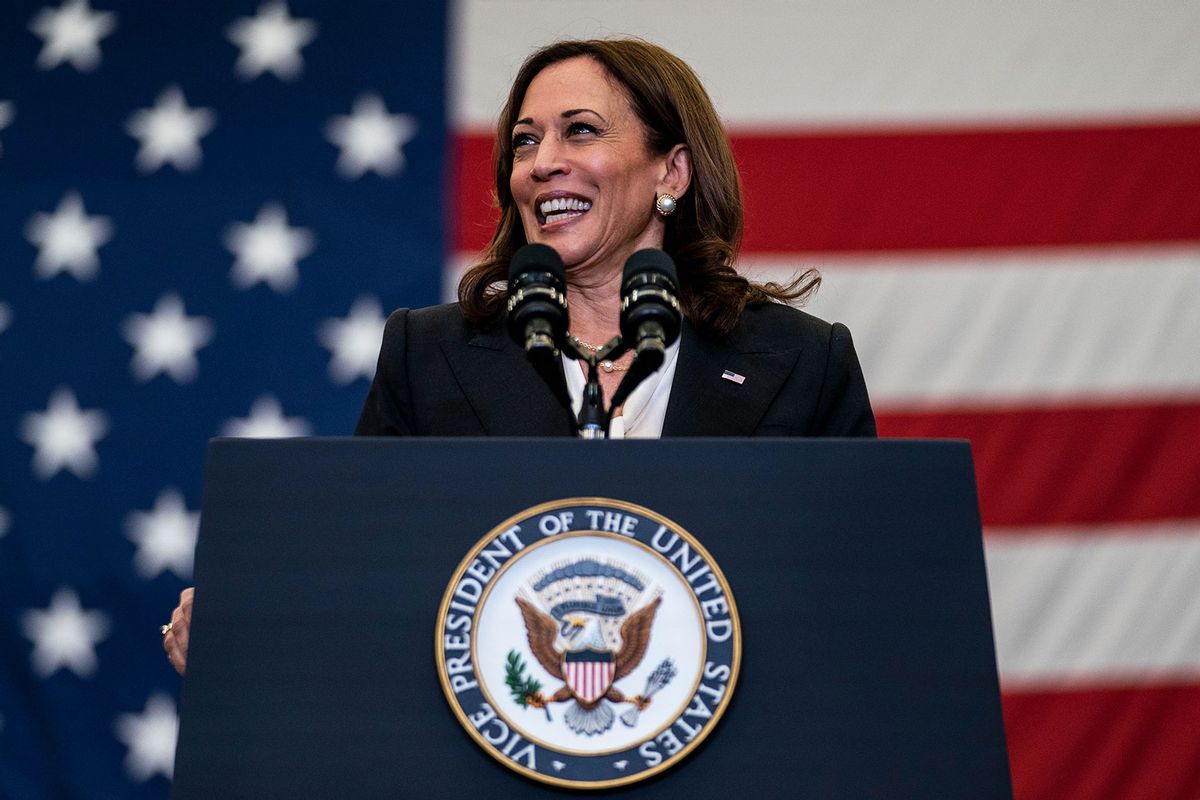 Turns out Kamala Harris is just like us and loves tackling the daily Wordle.

The vice president recently spoke with The Ringer about her love for the New York Times acquired internet sensation, which forces players to guess a specific five-letter word in exactly six tries, and shared her go-to strategy for maintaining her impressive 48-game winning streak.

"I think that you have to have a healthy mix of consonants and vowels, and a lot of words come with an 's,'" Harris said in an interview published Monday. Her method also includes starting off with the same word every time: "Notes. N-O-T-E-S."

Harris employs a very common opening word strategy, repeatedly using an opening word that has a frequently used letters with the variety that she noted. It's why TONES and STONE, both anagrams of NOTES is also popular. Others use words like AUDIO and ADIEU for their wealth of vowels. And of course, one can always switch it up and choose chaos with a random opening guess each day. (CHAOS is also a good opener!)

So far, Harris' strategy has been successful — she's able to solve each puzzle in four tries, which is her current average. And although she's never been able to guess the correct word on the first try, she's been able to guess six words in just two tries.

RELATED: Wordle was fun while it lasted

Harris also enjoys playing the mini New York Times crossword and sudoku. But for her, Wordle is "like a brain cleanser" that she plays in the middle of long work days or in between "back-to-back meetings on a lot of intense issues."

"If I have a break, let's say that people are running late or my little 25 minutes for lunch, sometimes while I'm eating I'll figure out Wordle," she explained.

"It is at nighttime, too. It just depends on the day, right? If I was able to get to it during the day— if not, definitely in bed at night," Harris continued. "When I can't sleep it's the New York Times mini. And also the New York Times Spelling Bee."

As many Wordle fanatics know, the greatest aspect of the game is its share feature, which allows players to broadcast their assemblage of green, yellow and grey squares on social media or via text message. Harris, however, can't partake in the fun due to security limitations placed on her phone.

"No, because my phone does not let me do that. My phone doesn't let me text anybody, which is sad," she revealed.

But that hasn't stopped her from encouraging her staff to also try their hands at the game.

"Some of them know it. Some of them laugh about it, because they didn't know that I know it and that I play it," Harris said. "So that was really funny. And then there are others that I have, you know, in a moment of stress said, 'Maybe you should learn how to play Wordle.'

"You know, what I love about my team is that they don't tell on each other," she continued. "But they're all very competitive because they're all super smart. And they love games, when you can play and have fun with each other." The vice president added that she frequently compares her streaks and successes with her husband, second gentleman Douglas Emhoff.

"I mean, I think that the design of Wordle is genius. First of all, five letters, but also only one word a day, right? It's really genius," she said. "Because, you know, some other games over the years where you could then just get kind of hooked and really spend far too much time. I think it's really a smart design."

The vice president first announced her love for Wordle last week during a Democratic National Committee fundraiser. Since then, Harris has been determined to maintain her streak, even if it means solving the puzzle on the sixth and final attempt.