In her court testimony, Heard claims Depp suspected her of having an affair with the "Pineapple Express" actor 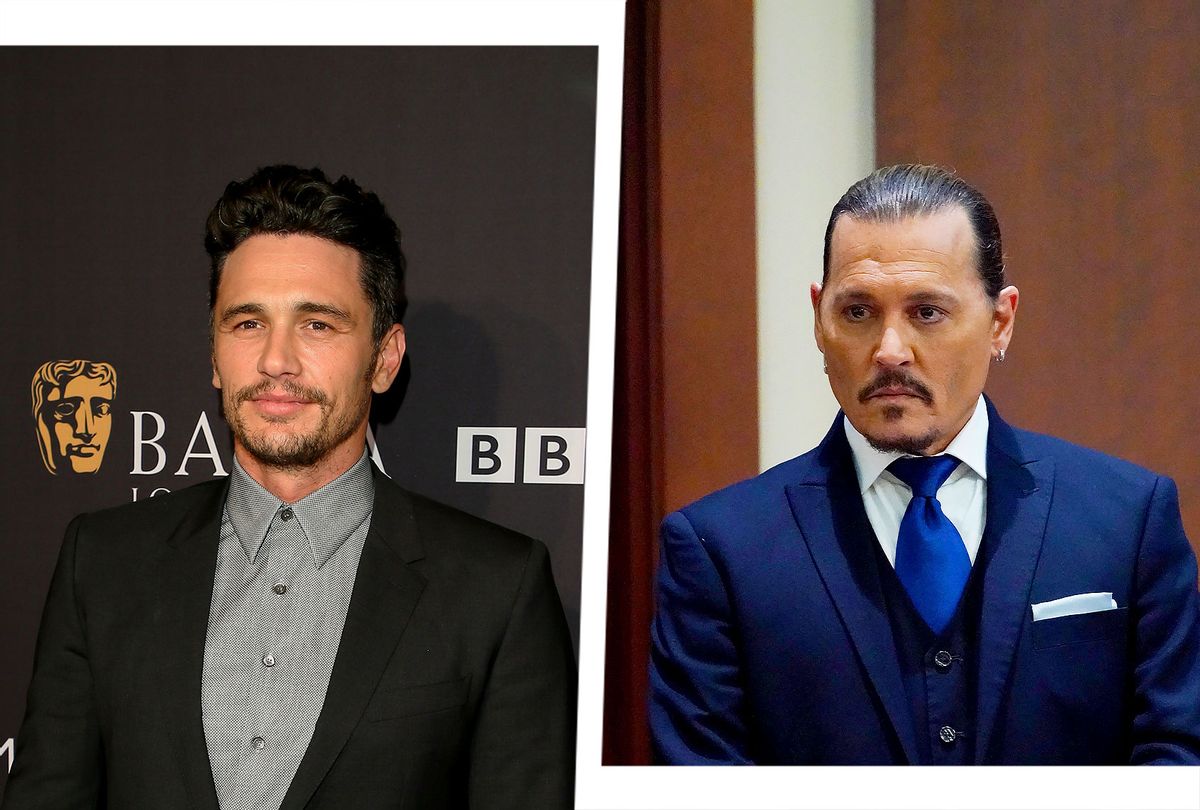 On her second day in a row of testimony in court, Amber Heard claimed that her ex-husband Johnny Depp "hated" fellow actor James Franco. Heard and Depp are in Virginia's Fairfax County Circuit Court in the midst of a contentious lawsuit.

In a 2018 op-ed in The Washington Post, Heard discussed being a survivor of domestic abuse. Though Heard did not name Depp in her op-ed, where she also wrote about surviving sexual violence, Depp accused Heard of defamation, suing her for $50 million. Heard then counter-sued Depp for $100 million, claiming Depp has ruined her career.

In the time since the allegations of abuse and the suing and counter-suing began, Depp was dropped from the lucrative "Fantastic Beasts" and "Pirates of the Caribbean" franchises, and Heard's role in the blockbuster sequel to "Aquaman" was diminished, with an online petition circling for her firing.

RELATED: Why Fox News is obsessed with Johnny Depp, its Manliness Under Siege mascot

Franco, who most recently appeared in "The Deuce," has known Heard since the two worked together on the 2008 stoner comedy "The Pineapple Express." Heard had a supporting role in the film, which co-starred Franco and Seth Rogen. Franco came up in Heard's testimony after she was asked by her lawyer if she and Depp had had any arguments about the actor, alongside whom Heard took another job, a role in the film "The Adderall Diaries" in 2014, the year Heard and Depp became engaged.

According to Insider, on the stand, "Heard paused for a long moment, sighed, and described the period of time as a 'nightmare.'" She said that Depp had accused her of having an affair with Franco. She said he then slapped her, threw objects at her and kicked her down to the floor of the private plane the couple had boarded, en route to celebrate Depp's daughter's birthday. According to Heard, Depp was angry that Heard had not disclosed to him the "intimate and romantic scenes" her character would have to perform with Franco's character in "The Adderall Diaries."

Heard testified, "I was accused of having withheld information and hiding it from him . . . Eventually it went from, 'Do you have something to tell me?' to 'Do you wanna tell me how much you liked it? Tell me did he slip a tongue?' It got worse." Heard alleged that Depp smelled of alcohol at the time, and as People reported, "He started straight up taunting me. 'I know you liked it,'" and allegedly called her a "slut" and other names in front of personnel on the plane. Heard alleged that none of the crew or employees had helped her.

Earlier in his own, days-long testimony on the stand, Depp had referenced the private plane incident by confirming he and Heard had argued the previous night, alleging Heard was "actively searching" for a reason to pick another argument with him. Acknowledging he suspected Heard of having an affair with Franco, he denied being drunk at the time while admitting he was on opiates for pain relief. Depp said to end their fight, he went to the bathroom of the private plane where, according to People, "He locked himself inside and fell asleep."

"He hated, hated James Franco and was already accusing me of having a secret thing with him in my past," Heard said on the stand.

In 2016, Heard filed for divorce from Depp after 15 months of marriage.