Amid a shortage, recipes for baby formula proliferate online. But doctors say it's not safe. Here's why 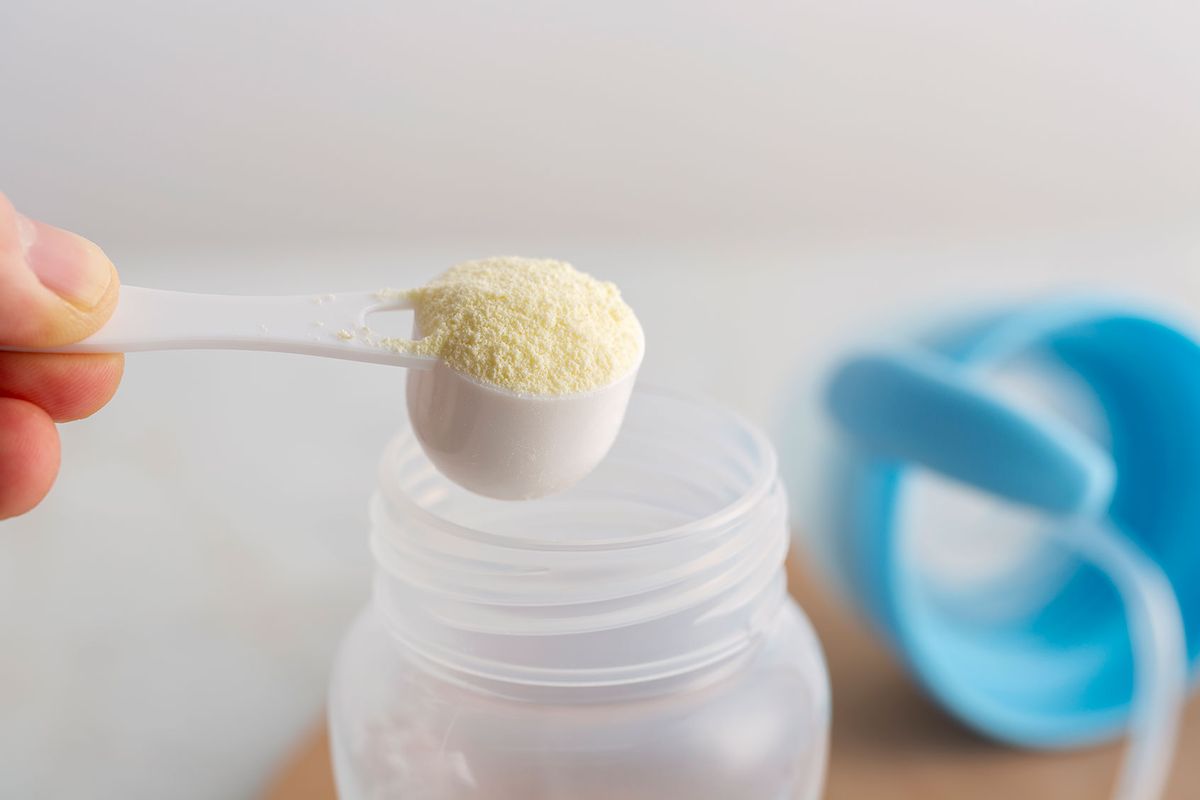 As supply chain breakdowns have led to baby formula shortages throughout America, some enterprising social media personalities have proposed MacGyvering the situation by making your own baby formula. Indeed, numerous recipes for homemade formulas are currently circulating online; for example, Darla Shine, author of "Happy Housewives," recently tweeted a baby formula recipe from the 1950s.

There's certainly something appealing about the idea of making formula at home. After all, most of us cook food at home for adults and children; how much harder can it be to mix something up for infants? Do the big baby formula companies really have to have a monopoly on making the stuff?

"I attribute the current shortage to an overall failure to invest in maternal-child health," Felder explained.

What makes it so hard to replicate? It turns out that the problem is simply that, because babies are so vulnerable, it is not easy to create a formula that ideally serves their nutritional and other biological needs. Nutritionists create baby formulas in a very precise way for a good reason. Likewise, it is hard to maintain sterility in a home kitchen to the degree that baby food requires.

"I can understand that parents are overwhelmed and are trying to create a solution to make sure their babies are fed; however, creating homemade formula is not recommended," Dr. Tisha Felder, an associate professor at the University of South Carolina who focuses on women's health research, told Salon by email. "According to the American Academy of Pediatrics [AAP], it is not recommend and can actually be unsafe and harmful to babies because these homemade options do not provide the right balance of nutrients that infants need."

Dr. Jenifer Lightdale, a member of the AAP Committee on Nutrition, told Salon that she is worried about parents creating homemade formulas because there are so many details to making healthy and effective formulas.

"It's been known for a long time that it is dangerous to take milk off the grocery shelf, whether its cow's milk, soy milk or goat milk, and doctor it so that it has the right ratios of proteins," Lightdale explained. "We also know that the wrong ratio can injure a baby's kidneys or affect their immune systems."

Homemade formulas could also hurt babies if they do not have the right amount of electrolytes, sodium, potassium and phosphate, Lightdale added, with errors in those calculations potentially leading to problems like "electrolyte instability, serious dehydration, and even seizures in babies."

Baby formulas also need to be made in a highly sterile environment, as babies have young immune systems that may not always be successful in warding off disease.

"Even if your kitchen is super clean, it is not a sterile environment in the way it should be when making up an infant formula," Lightdale pointed out. "Bacterial and other organisms that don't affect us as adults are naturally everywhere, even when we do our best to use disinfectants, and these can cause serious infections in infants." The recall in the Abbott Laboratories facility that has contributed to the product shortage was reportedly prompted by one such bacteria, Cronobacter sakazakii, Lightdate noted.

Homemade formulas could also hurt babies if they do not have the right amount of electrolytes, sodium, potassium and phosphate, Lightdale added, with errors in those calculations potentially leading to problems like "electrolyte instability, serious dehydration, and even seizures in babies."

Both experts also agree that the underlying problem behind the baby formula shortage is that, quite simply, America's infrastructure has not been developed with the possibility of such a shortage in mind.

"I attribute the current shortage to an overall failure to invest in maternal-child health," Felder explained. "The fact that we have few manufacturers who control the supply of infant formula in this country reflects our lack of forethought that a shortage could likely occur and dramatically impact U.S. families." She noted that federal agencies like the Food and Drug Administration (FDA) and United States Department of Agriculture (USDA) have failed to come up with programs that increase access to baby formula for women, children and infants until now, even though they could have done so earlier. This "is just another example of how we are not thinking in advance of how we can better support children and families. The U.S. has one of the highest infant and maternal mortality rates in the world, and this infant formula shortage is a glaring reminder that we must do more and do better to protect our babies," Felder added.

Lightdale also pinpointed the Abbott recall as the first domino to fall in a system that was already precarious.

"We were aware prior to Abbott's recall in February there were already supply chain shortages, just like we're all seeing with many American items, due to ingredient shortages and transportation woes," Lightdale explained. "Presumably, this was due to the pandemic. I think the recall of essentially all of the powdered formula made by Abbott, which is one of the biggest formula companies in the US, just sent everything over the edge."

For other Salon stories on the baby formula shortage and supply chain issues:

Editor's note: This story was updated on May 18, 2022, to correct the university where Felder works at (University of South Carolina).