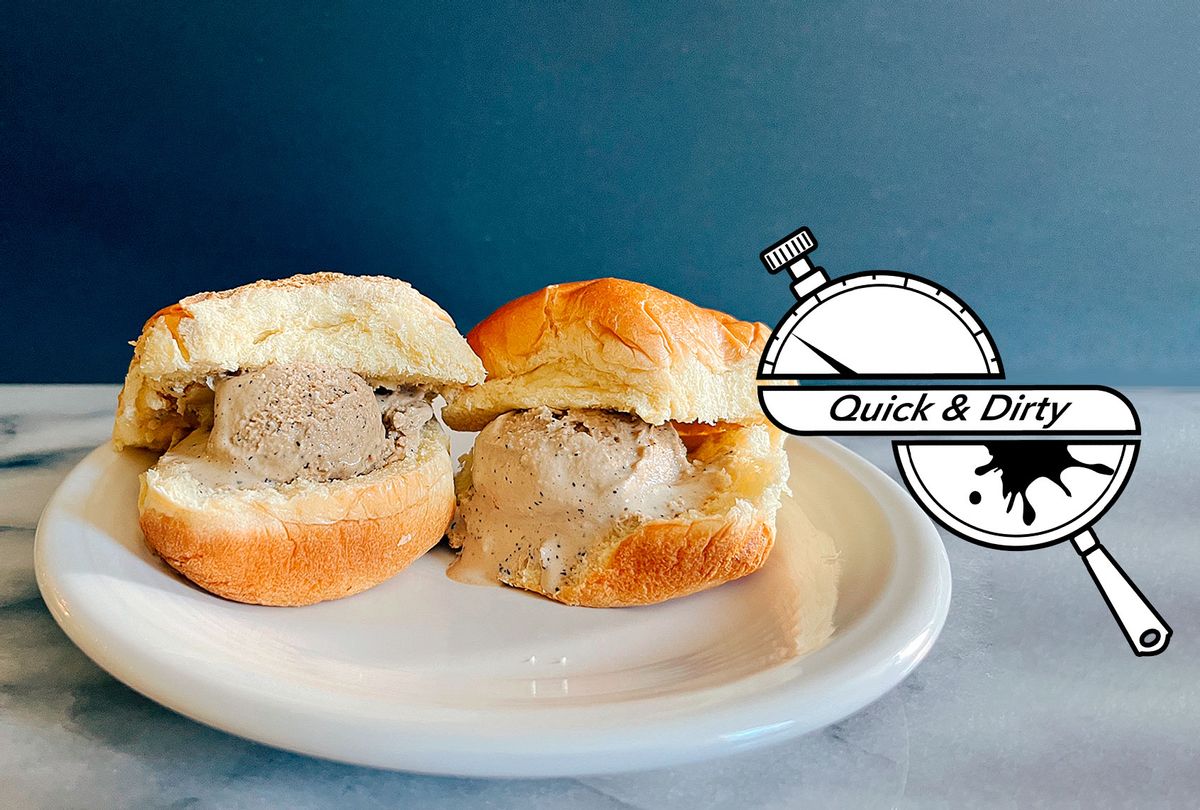 There's a gelato place in New York City that makes an amazing version of the ice cream sandwich by filling toasty brioche rolls with its frozen treats. I started going to L'Arte del Gelato a decade ago, yet I never in all my days had the lightbulb moment that I could make exactly the same thing at home until I interviewed cookbook author Ali Slagle.

Slagle's exceptional, accessible debut "I Dream of Dinner (so You Don't Have To): Low-Effort, High-Reward Recipes" brims with incredible ideas for main courses but boldly omits a single dessert recipe. When I asked her about it, she said she's more of a store-bought dessert person. But then she cracked open my world.

"Something you see in Italy a lot is often a brioche bun with chocolate ice cream inside," she told me during an appearance on "Salon Talks." "But you could just use a buttered potato burger bun with a scoop of ice cream."

Mind. Blown. I couldn't have rushed home to eat this dessert faster if I tried. The results were expectedly fantastic — like the most luxurious version of supermarket freezer Turkey Hill imaginable.

RELATED: Cookbook author Ali Slagle takes the stress out of cooking because "it's only dinner"

When I recently mentioned the concept to a colleague, she immediately offered this perfect riff — King's Hawaiian rolls stuffed with Kona coffee ice cream. Voilà, you've got a Sicilian treat that takes a detour to the 50th state.

Much like my beloved grilled chocolate and waffled donut sandwiches, this is a dish that's exactly as delicious as it is effortless. To paraphrase Joey Tribbiani, hamburger bun, good. Ice cream, gooooood. So very, very good.

You can, of course, use any rolls you like here, as well as any ice cream that pleases you. I think pretzel rolls with strawberry ice cream would be a phenomenal spin on the Jell-O classic.