The 5 most shocking moments from “Keeper of the Ashes,” Hulu’s Oklahoma Girl Scouts murders doc

The four-part docuseries delves into the unsolved murders of three Girl Scouts that took place on June 13, 1977 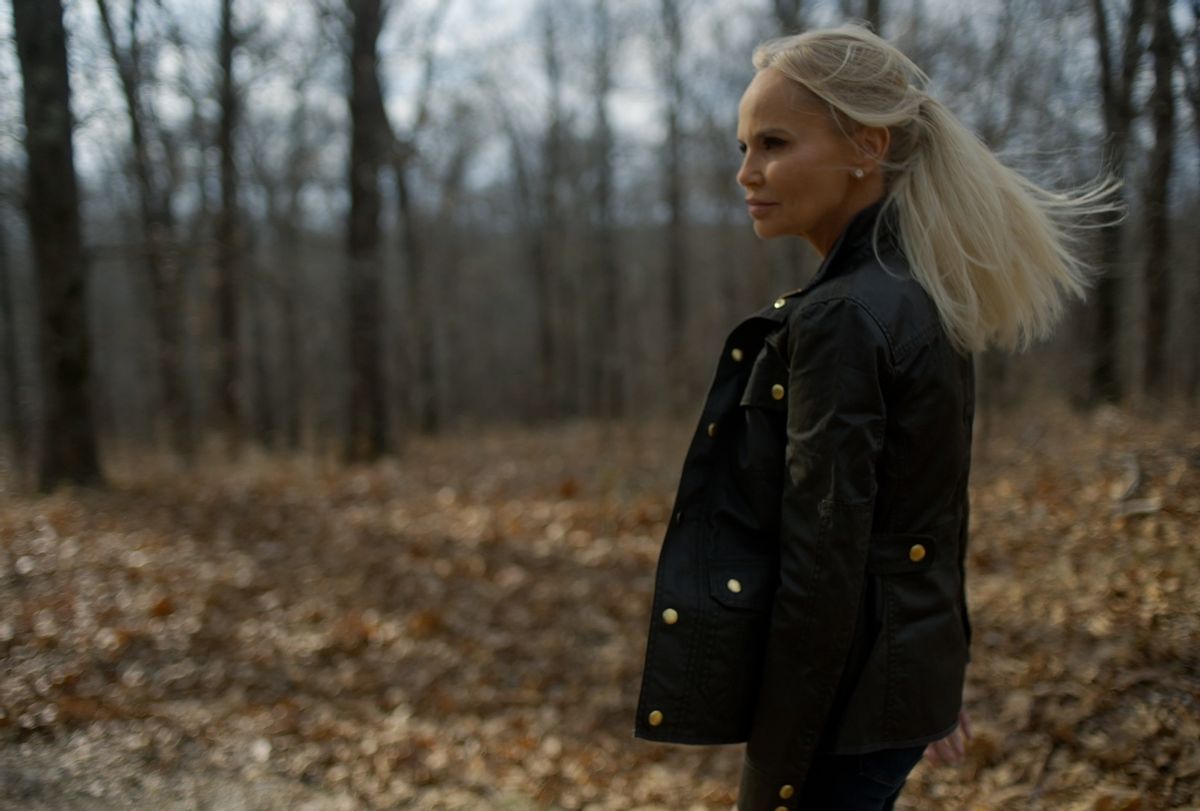 Taking place in 1977, three Girl Scouts were found brutally killed during a weeklong trip in Oklahoma, but the murders still remain unsolved to this day. To help shed more light on what actually went down on the campgrounds, experts, investigators and local officials turned to advanced technologies, like DNA testing, to help review old evidence and unearth new clues. Interviews with the victims' families, camp counselors, reporters, private investigators and, yes, Kristin Chenoweth — who was unable to attend the trip due to sickness — also reveal a handful of new details, proving how intricate this whole case is.

RELATED: Kristin Chenoweth reveals her connection to the 1977 Girl Scout murders in "Keeper of the Ashes" doc

No amount of findings can diminish both the agony and fear that continues to plague the tight-knit community of Tulsa. While watching each episode of the series, it's clear that the ongoing investigation has reopened old wounds and lasting trauma in the hopes of someday attaining justice.

From an cryptic ritualistic cave arrangement to the mythical tales surrounding one suspect, here are the most shocking moments from "Keeper of the Ashes: The Oklahoma Girl Scout Murders":

On the morning of June 13, 1977, three Girl Scouts — Lori Lee Farmer, 8, Doris Denise Milner, 10, and Michele Heather Guse, 9 — were sexually assaulted and murdered on the first night of a weeklong camping trip at Camp Scott in Mayes County. Their bodies, crumpled under bloodied sleeping bags, were haphazardly discarded on a trail just 100 yards away from their shared sleeping tent.

Following a lengthy investigation, authorities arrested and charged Gene Leroy Hart, a local jail escapee who had previously been convicted of kidnapping and raping two pregnant women along with four counts of first-degree burglary. The case, however, was soon reopened after Hart was acquitted by a local jury in March 1979. Absolved of his charges, Hart only returned to state prison to continue serving sentences for his prior convictions. 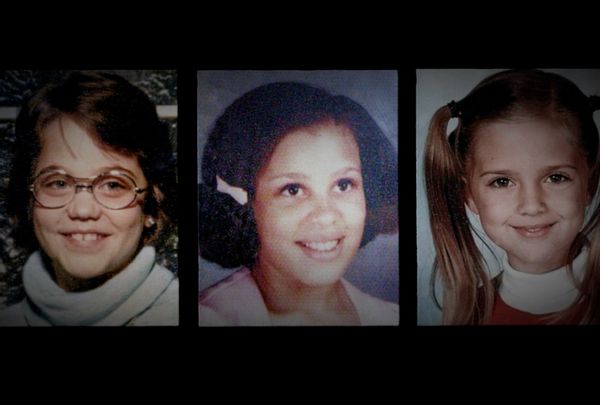 "Whatever it was, I didn't want to tangle with it."

Carla Sue Wilhite, who was a camp counselor at the Kiowa unit and just 18 years of age during the murders, recalled her first day at Camp Scott, stating how humid the weather was and that it stormed heavily.

On the first night of the trip, Wilhite said she woke up twice during the late hours. The first occasion was to check up on a nearby and noisy tent of campers. But the second occasion was more stomach-churning for Wilhite, who said she heard a strange noise that was like nothing she had ever heard before.

"I was frightened. I didn't want anything to pounce out of the woods at me," she explains. "Whatever it was, I didn't want to tangle with it." She then said she walked away and retreated back to her tent.

The documentary doesn't confirm what those specific noises were, but it's assumed that what Wilhite had heard was possibly one of the victim's final moments. The next morning, Wilhite said she saw a sleeping bag lying in the middle of the trail. When she got closer, she saw that underneath it was an unclothed and deceased camper, who was later identified as Milner. Farmer and Guse's bodies were also found just a few feet away, covered in sleeping bags and piled next to a tree.

Tim Stanley, a general assignment reporter for Tulsa World, said there were three principal cave sites topping the cliffs that surrounded Camp Scott. One site, which was described as a cave, was actually a cellar and inside was an arrangement of four spots for fires, with kindling and firewood.

"I thought, 'Well that's symbolic of a ritual ceremony — four sacred fires,'" said Harvey Pratt, a former agent and Indigenous artist for the Oklahoma State Bureau of Investigation (OSBI). "My first thought was, 'Oh hell no, I hope this is not an Indian that did this.'"

A pair of sunglasses, which one of the camp counselors identified as stolen, was also found inside the cellar along with plastic tape, which was used on a hefty flashlight that was left behind at the scene of the crime. Alongside were black-and-white wedding photographs of three unnamed women. After the photos were shared publicly, investigators connected the dots and found their suspect — Gene Leroy Hart, a member of the Cherokee nation and a convicted rapist who escaped from a county prison four years prior to the murders.

It was learned that while taking part in a work release program in prison, Hart reportedly worked as a photo assistant for the photographer who captured those wedding pictures. 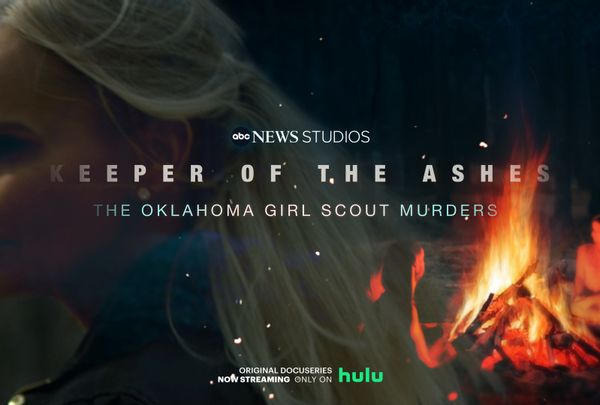 Following Hart's escape from prison and his possible connection to the murders, investigators and law enforcement actively searched for his whereabouts, even enlisting help from the force's K-9 units. The extra help proved to be useless, however, as the dogs could only sniff out small areas of the campsite before their targeted scent was gone. This led police to believe that Hart was an expert woodsman and exceptionally skilled at hiding in the vast wilderness.

Mysteriously, two of the canines who were part of the investigation died shortly afterward.

"And pretty soon, he almost became a mystical," stated Pratt. "Then you start hearing stories about how he can shapeshift. They said he can change into a bird. The trail just disappeared, and some said, well it's probably because when he ran across that field, all of a sudden he turned into a bird and flew away."

Mysteriously, two of the canines who were part of the investigation died shortly afterward.

"Before you know it, they were blaming Hart for the death of these dogs and strange things that were happening," Pratt continued. "Fantasies were just going crazy. They said that he's using Native American magic."

Hart was also referred to as "a boogeyman" and was described by law enforcement as "a person who doesn't belong to what we accept as the normal human race."

5 A shaky start to the trial

Sid Wise, the District Attorney of Mayes County, was in charge of prosecuting Hart during his trial in March 1979. Wise soon came under fire when he lied under oath, committing perjury, and denied sharing OSBI reports with sources outside of law enforcement.

"We discovered Sid Wise had been sharing the reports of the OSBI with a journalist," said Gary Pitchlynn, one of the attorneys representing Hart. "And the reason for that was that Wise had a contract to do a book about this case. The D.A. actually had a financial purpose for his prosecution."

When Wise was placed on the witness stand and questioned, the D.A. was confident in his responses and claimed he committed no wrongdoings. Wise ultimately opted out of the case and Buddy Fallis, the District Attorney of Tulsa County, took over his position.

Watch the trailer for "Keeper of the Ashes: The Oklahoma Girl Scout Murders" below, via YouTube: