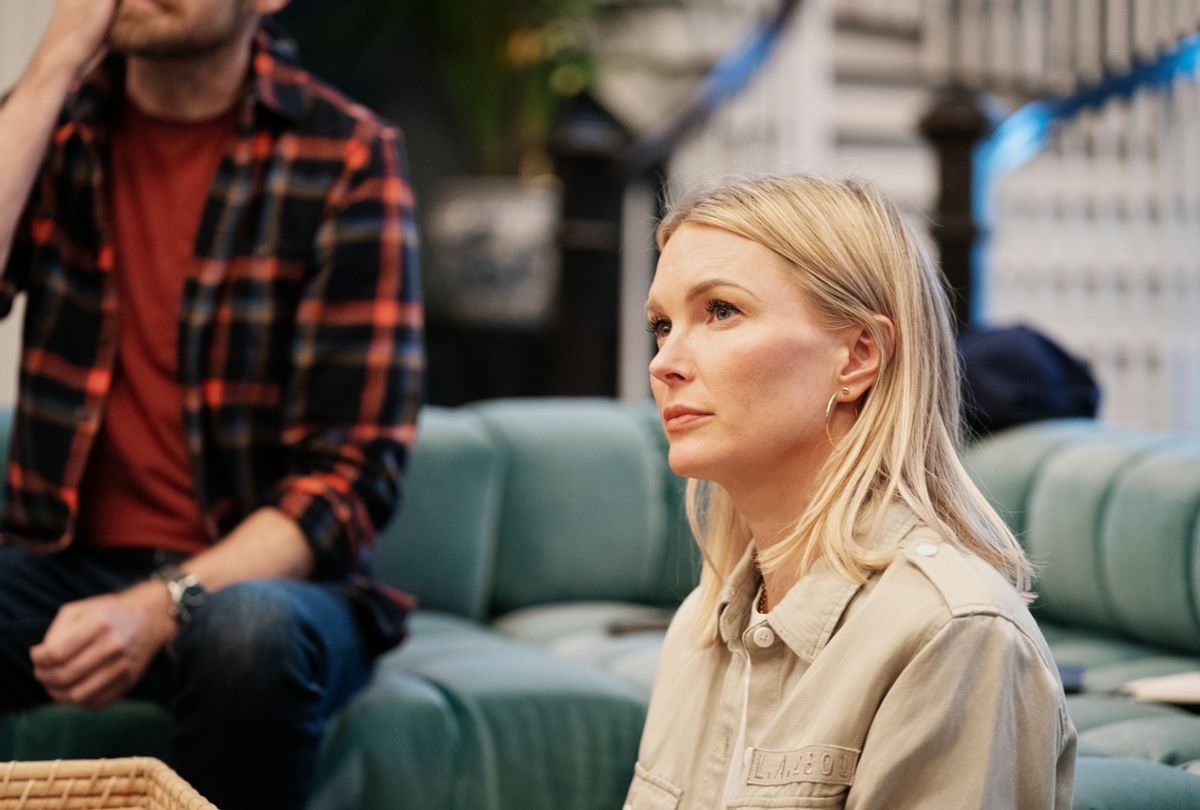 The intense drama that we've seen unfold over the last five episodes of "The Real World Homecoming: New Orleans" pushes two members of the house to a crossroads in Episode 6; aptly titled "Spiritual Bypassings."

Signing up for "Homecoming" seeing it as an opportunity to heal from events and conversations that took place during the original season, Kelley Wolf and Matt Smith, for their own individual reasons, are now finding themselves on the verge of packing up and leaving the show. After suffering through one too many dramatic conversations opening up old wounds rather than healing them, the drama in the house is fun for some (Julie and Jamie) and misery for others (Matt and Kelley) leaving Tokyo Broom, Melissa Beck, and Danny Roberts to add perspective and comedic relief.

When Danny first met Matt in 2000, Matt made it very clear that his Catholic teachings have instilled in him the belief that homosexuality is wrong, and those beliefs have not changed in 22 years, much to the discomfort of Danny.

The title of this episode is a reference to a comment made by Danny during an emotionally heated conversation had with Matt in which Danny attempts to explain the inherent issue behind the common religious practice of hating the "sin" but loving the "sinner." When Danny first met Matt in 2000, Matt made it very clear that his Catholic teachings have instilled in him the belief that homosexuality is wrong, and those beliefs have not changed in 22 years, much to the discomfort of Danny who, as one would imagine, finds it difficult to attempt to have a friendship with someone who is unable to love him for everything he is, unconditionally.

Melissa, taking in what she hears from both Danny and Matt, describes the conflict so perfectly saying that she views Matt as a good person who, under the thumb of his religion, is struggling with his value system and unable to disavow the parts of his religion that are causing emotional pain for someone he cares about.

"If you're seeing that it hurts someone, let that part go," Melissa says in an aside.

Reaching no immediate common ground, and with emotions escalating, Matt tells Danny, "I'll never understand how God created you," and then, later, tells a producer that he can't take much more of this drama, and feels like the narrative is being bent in a way that feels "ruthless against the church kid."

Towards the end of the episode, after their exchange has had some time to air out, Matt and Danny take a walk together and have what seems to be the most productive conversation they've had in the history of knowing each other. Danny shares that, years ago, he raised funds for the renovation of an LGBTQ-friendly Baptist church in Atlanta by auctioning off relics from the original "Real World New Orleans" season, including his beloved grey sweater. Matt, in turn, shares that he likely has more issues with his own religion than Danny would imagine, and they walk away with a lightness to their relationship that wasn't there before. Is everything completely healed between them? No. Will it ever be? Probably not. But for now, they've both been given a bit of the grace and understanding they've been seeking.

While Matt has been struggling to be his true self plopped down in an atmosphere where drag queens, tarot cards and sex talk are now aspects of his daily life in a way he's definitely not used to, Kelley is struggling with Julie and all the chaos she brings to the house.

During a visit to the house by her husband Spencer, who she's been married to for 17 years, Julie shares more of her puzzling truth. Both former members of the Mormon church, Julie and Spencer met in something called "Institute" and were both involved in "marriage training" before deciding together to leave the church in 2008.

Julie, clearly still smitten by Jamie, has told her poor husband all about their steamy past, and doesn't do much to hide the sexual tension she shares with Jamie to this very day.

At the mention of marriage training, Jamie blurts out "sounds romantic," which doesn't do much to endear him to an already very insecure Spencer. Julie, clearly still smitten by Jamie, has told her poor husband all about their steamy past, and doesn't do much to hide the sexual tension she shares with Jamie to this very day. In fact, she stops just short of rubbing her husband's nose in it. But don't worry, she makes up for her marital misdeeds by making a blanket fort in the shared backyard and attempting to bone Spencer in it while everyone is hearing-distance away.

Kelley, as close to Gwyneth Paltrow as a woman could get without actually being Gwyneth Paltrow, is not about this type of behavior and looks physically sick every time she talks about Julie. Taking a break from all the drama to steal some tranquility in the park with Danny and Melissa, she makes what looks to be a Burberry blanket manifest from the ether and lays it down on the grass. Situating herself ever so, she says she's thinking about removing herself from the equation, and Danny and Melissa are both like, "You're not going anywhere."

Earlier in the episode, just before whispering in her husband's ear for no sensible reason that Jamie has good porn, Julie told everyone in the house that both she and her husband risk being sent to the "outer darkness," a place worse than hell in the Mormon religion, for publicly speaking against the church. For Kelley, this outer darkness is experienced any time she has to see Julie and Jamie making sex eyes at each other. It's doubtful that anyone who has threatened to leave the house will actually leave, but if one has to go . . . Julie we'll help you pack.