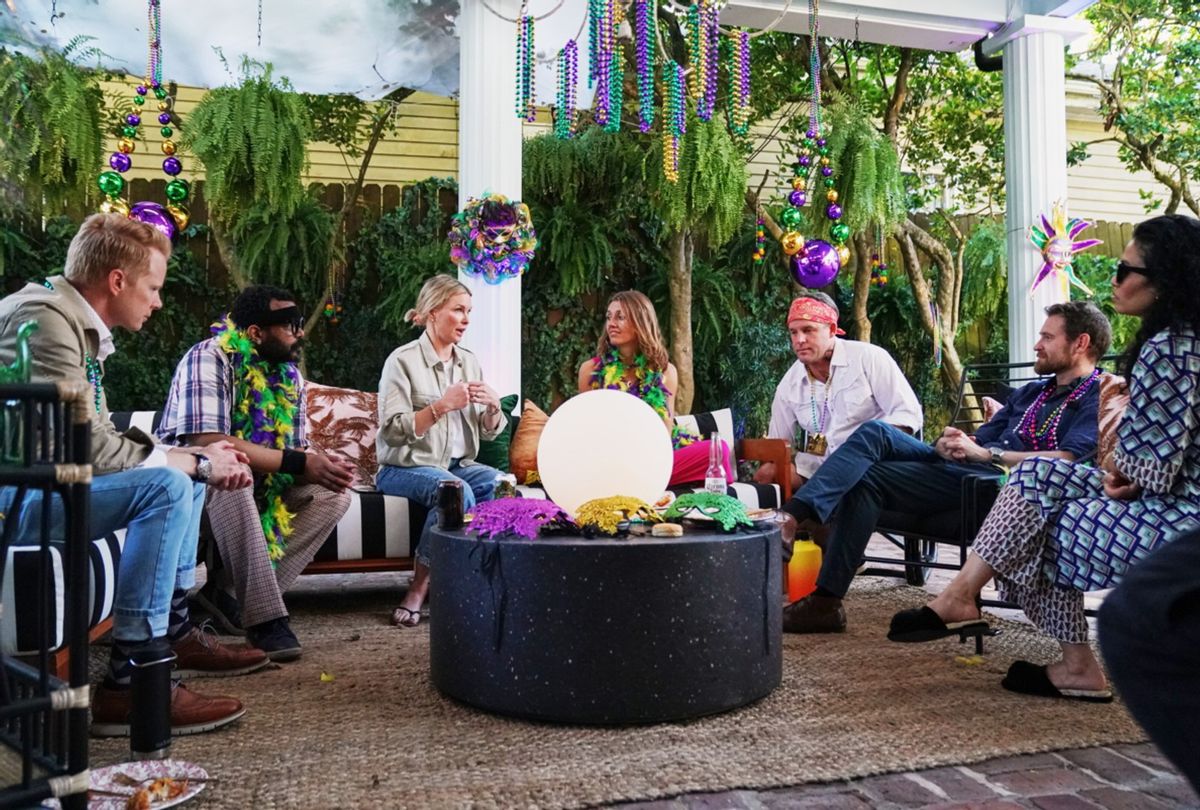 With only a few episodes of "The Real World Homecoming: New Orleans" left, the housemates are making up for 22 years of being incomunicado by digging deep into their memory banks to reveal sexy secrets that are shocking even to those who are well-versed in the original season.

If you watched "The Real World New Orleans" when it first aired in 2000, then you probably remember the sexual tension shared between Julie Stoffer and Jamie Murrary and how that aggressively athletic dynamic progressed from front yard mud wrestling to sneaky kisses on the stairwell witnessed by no one other than a crew of cameramen; but now we know that so much more happened between the two of them after that season wrapped.

In a voiceover that plays during a scene in which present-day Julie and Jamie engage in something that I, until now, did not ever think of as a sex act, Julie says that there's an inexplicable chemistry between the two of them – made obvious by the lusty glances shared as they jump rope within a foot of each other, maintaining eye contact the whole while.

Shortly after, an "incoming message" is received on what Melissa Beck refers to as "that demon TV" and everyone gathers on the couches to watch clips from their season adding up to the fact that almost everyone in the house in 2000 (Including Danny Roberts) had the hots for Jamie, but Julie was the one he chose to hook up with.

Julie shows no shyness in saying that in 2001, while she and Jamie were both filming "Real World/Road Rules Extreme Challenge," they hooked up.

As the story is then told, Julie shows no shyness in saying that in 2001, while she and Jamie were both filming "Real World/Road Rules Extreme Challenge," they hooked up. The exact terminology she uses here to describe what she was seeking from Jamie at that time is "f**k buddy." Upon hearing this, religious housemate Matt Smith recoils in terror as though he were just told that Julie and Jamie saw Goody Proctor with the devil. 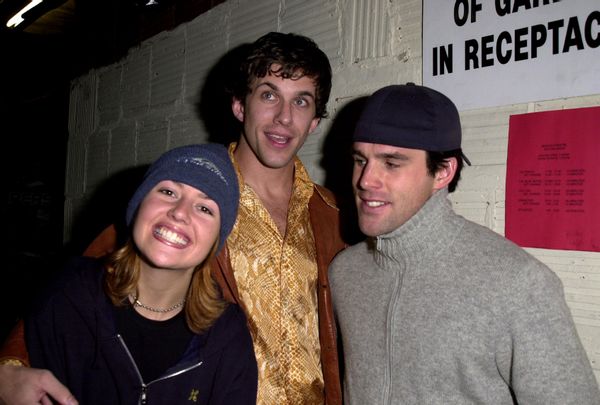 Matt, still recovering from having to hear the word "sex," was likely into his fifth "Hail Mary" repetition in his mind, only to have his soul completely leave his body when, later, Melissa brings New Orleans psychic Elie Barnes to the house to read everyone's tarot cards. He makes a big production out of removing himself from the activity, and even goes so far as to pull Melissa aside later to tell her how uncomfortable it all made him. To really drive his point home he jokes, eyes glassy with tears, about surprising everyone with a group rosary the next day.

During the reading with Elie we learn that Melissa should go into politics, Tokyo Broom needs to work on opening up to partnerships, Danny Roberts is a natural leader; although he avoids it; and Kelley Wolf is good in bed. It's also confirmed via the cards that Jamie and Julie are a perfect match, a fact already made perfectly clear by their seductive jump roping earlier.

This wouldn't be "The Real World" if there wasn't considerable effort put forth to ensure that the people in the house either fight or f**k in each episode, so the scandalous fun is bookended by two different deliveries made to the house. The first consists of the makings for a Y2K-themed celebration in which Melissa cosplays as her 2000 self, putting on a short wig and LensCrafters glasses to dance to Juvenile's "Back That Azz Up." The second delivery contains accessories to play a game called "Who said that?" In this game the housemates are shown quotes from the book "MTV's The Real World New Orleans: Unmasked," which came out in November 2000. During this game Danny's wounds are reopened when he's reminded that Matt was very open at that time regarding his belief that God made sex solely for the creation of children, and that any sex that couldn't yield such fruit was an affront to the Lord. Danny, and all of us watching, must be curious if his beliefs on the matter have changed at all. Spoiler: They haven't.

In a voiceover towards the end of the episode we hear a producer ask Matt about his current beliefs when it comes to homosexuality, and he stiffly replies "I'm not a judge. We're just here to love each other." When pushed to say more he bristles and quickly shuts the line of questioning down.

In Matt's world, both past and present, "love" must have a pretty limited definition.