Salon recaps the first episode of this reunion 22 years after leaving Julie & Co. and the sins of their past 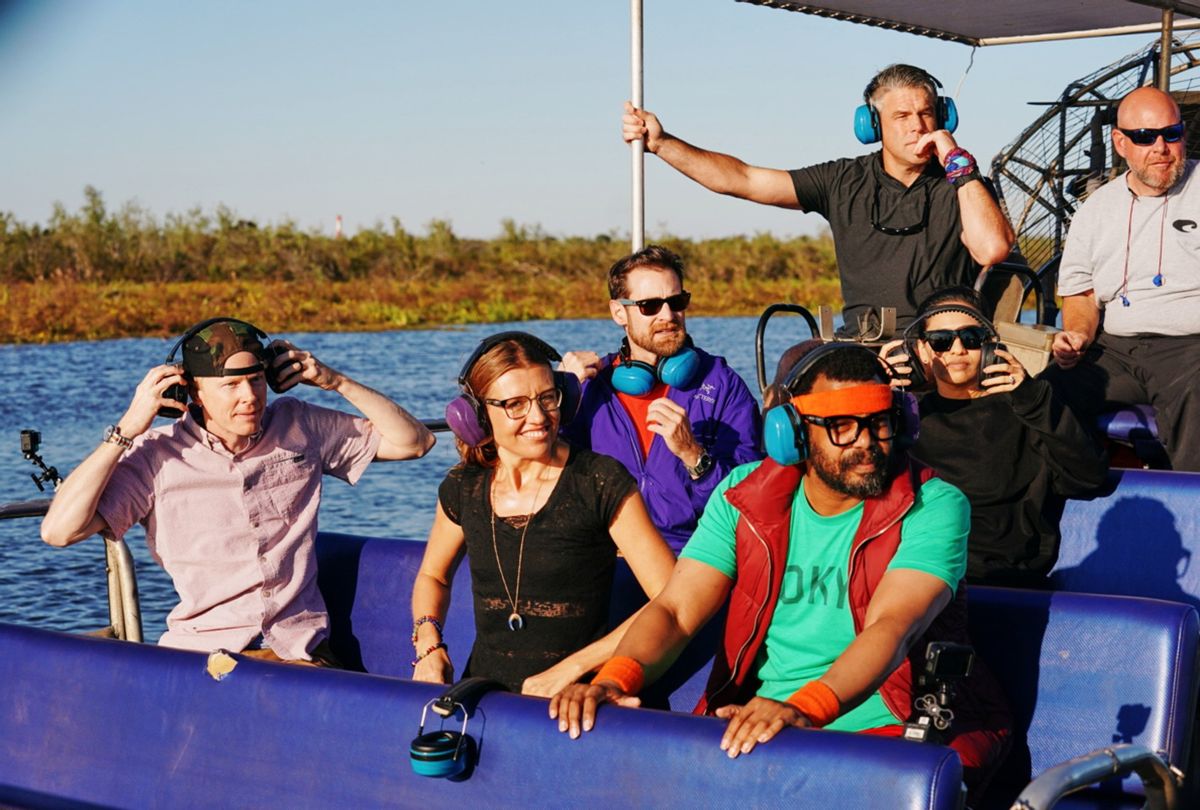 "The Real World Homecoming" is a great opportunity to dip a toe back into the gloriously nostalgic "fly-on-the-wall" days of early MTV programming without having to fully submerge in all the problematic issues attached to the years in which it originally took place. But what we learn in this latest cast reunion, "The Real World Homecoming: New Orleans," is that nostalgia is no match for deep-seated grudges and a level of holier-than-thou ignorance that seems to have first taken root within the womb.

From the moment Matt Smith, Melissa Beck, Jamie Murray, Julie Stoffer, Kelley Wolf, Danny Roberts, David "Tokyo" Broom come together for the first time since 2000 we see pretty quickly that the personalities of the people who comprised one of the most popular seasons of "The Real World" have not changed one bit and for a few of the people, that's a bad bad look. *cough cough. Julie and Matt. *cough cough* 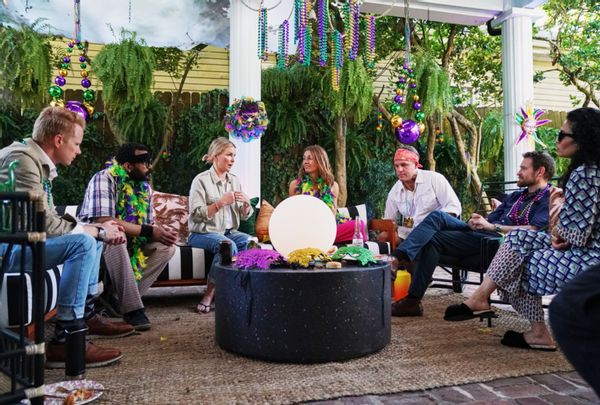 In 2021 Paramount + debuted "The Real World Homecoming: New York," which reunited the cast of MTV's first "true story" for the first time since the show aired in 1992. Seeing how fans reacted favorably to watching this jar of bees get shaken up anew, they did it again later in 2021 with "The Real World Homecoming: Los Angeles," and are back at it now with New Orleans.

Related: "The Real World Homecoming: New York" is a beautiful suspension bridge between past and present

Rewatching the original "Real World New Orleans" season prior to their "Homecoming" was, for me, an example of how the Mandela effect can work in reverse. If you had asked me if just 22-years ago people were still walking God's green earth referring to people as "colored," or describing it to be normal practice in their family to cross the street whenever they saw a Black person coming their way, I would not have believed you. But yes, Julie Stoffer did say those things and watching her in the first episode of "Homecoming" it would not be wholly unjust to say she doesn't seem to have changed all that much. She hasn't come out with any outright racism just yet, but you can all but feel the collective audience bracing for it.

Julie now ... identifies as an atheist. We're not given the story behind that, but God, I bet it's good.

In the premiere's cold open, Julie manically exclaims, more than once, that she "just wants to have fun" before departing from the home she now shares with her husband and three kids to show her face in New Orleans again. She's inexplicably wearing head-to-toe exercise gear and sets off to promptly get her ass handed to her by a house full of people she did incredibly dirty over 22 years ago.

A formerly staunch Mormon who boasted and giggled about never seeing a penis, never having any interest in knowing a gay person, and never befriending a single Black person, Julie has now fallen from those lofty prejudicial heights and identifies as an atheist. In Episode 1 we're not given the story behind that, but God, I bet it's good.

Stepping foot into the house in New Orleans, which is in the Audubon Park area of New Orleans and not The Belfort Mansion on St. Charles Avenue they shared in 2000, as it's now privately owned, she's met with a curt "Hi. How are you?" by one-time close friend Melissa Beck (then Howard) who is, I'll just say it right here in print, the best one out of any cast of "The Real World," in perpetuity. 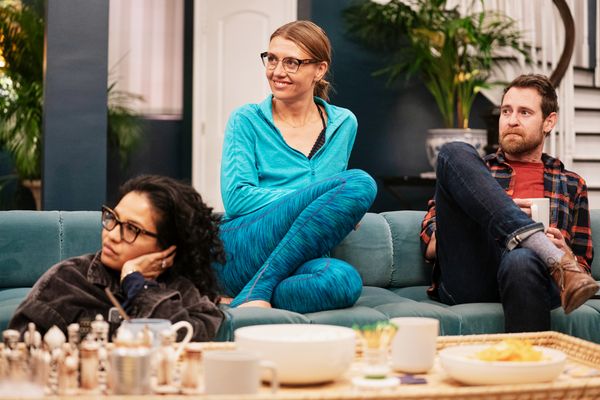 You see, Julie and Melissa were thick as thieves during their initial season, and for a short time after, but there was a permanent falling-out caused by Julie unfairly dragging Melissa's name through the mud in an effort (which she denies) to bogart speaking gigs post-season. Julie also did this same level of dirty to former housemate Danny Roberts, one of the first "out" gay men on reality television whose boyfriend at the time was in the military during the "don't ask, don't tell" era.

Danny's not gonna giggle Julie's ignorance away this time.

Before she's even had a chance to put her yoga mat in her room, Julie takes Danny into a tearful embrace that is absent of actual tears and stage whispers an apology into his ear that Danny later refers to as performative. Julie may still be locked in her own personal hell but Danny, living in a cute cabin in Vermont in peaceful seclusion, is now the kind of emotionally secure that allows for him to push against what he would have otherwise politely leaned into in 2000. He's not gonna giggle Julie's ignorance away this time, smacking on a piece of gum (why was he always chewing gum??) and being "aw shucks" in the face of casual hatefulness. Here we can see the benefits of 22 years of a life lived well versus the cracked veneer of a life lived under the thumb of inherited, and then chosen, ignorance that no amount of yoga could ever hope to fix.

Matt Smith, equal to Julie's ignorance in every way during their original season, even donning a similar colorful pseudo-alternative wardrobe like a Catholic wolf in poser's clothing, didn't get the same level of backlash that Julie did, then and now, but that's not to say he isn't deserving of it. These days Matt lives in Arizona with his wife and kids, getting strange pleasure in making the housemates guess their number. "Six. I have six kids," he beams. Almost like he's thrilled for people to know he's had sex at least six times.

Like Julie, Matt used to preach about the holy responsibility of chastity, telling Danny, a gay man, that sex was created by god as a way to procreate, and any sex outside of those confines is a sin. I mean, isn't that the fun of it, nerd? Matt was also vocal in 2000 about not understanding people having "such sensitivities" because of their racial backgrounds, and revealed that he didn't know who Anne Rice is which is a true sin, especially in New Orleans.

Jamie Murray, David Broom (who goes by Tokyo now), and Kelley Limp (now Kelley Wolf as she's married to actor Scott Wolf) remained relatively in the background of the first episode of "Homecoming," but their time will come down the line over the course of the remaining episodes. For now, all eyes are on Melissa, Danny, Julie, and Matt as we watch the ghosts of their past take new form in New Orleans all over again.