“The Real World Homecoming: New York” is a beautiful suspension bridge between past and present 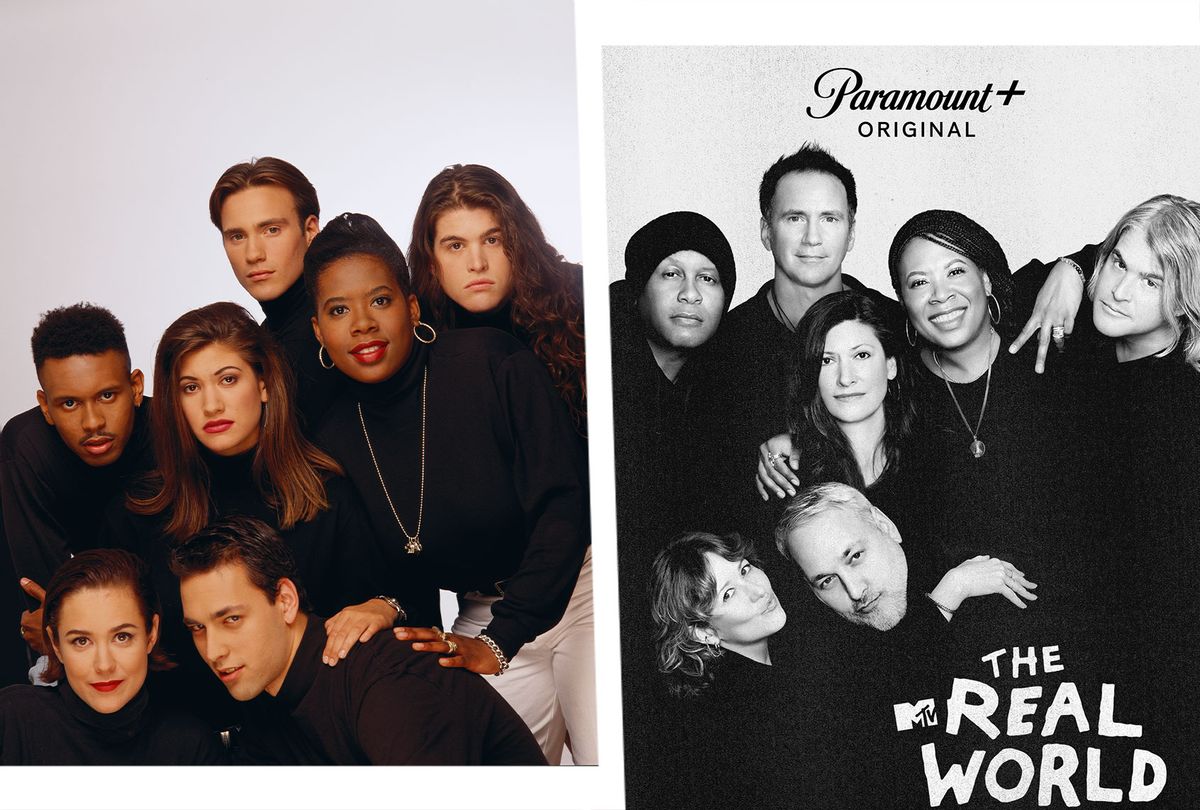 If you remember where you were when you got the news that Kurt Cobain died, or Tupac, or Biggie, then recent months have either bestowed a bounty of nostalgia on you or slapped you with a nightmarish reminder of your mortality . . . or maybe, you know, a bit of both? Why not both.

Between the "Punky Brewster" revival joining the reboot of "Saved By the Bell" on Peacock, the release of "Biggie: I Got a Story to Tell" on Netflix and Hulu's "Kid 90" – Soleil Moon Frye's home video time machine back to the Clinton decade – Generation X can finally tell the Boomers to move the hell over. We've been here for a while but only recently has TV brazenly pandered to our generation with such a flood of remembering when.

In one scene in "Kid 90" we hear Frye, a Hollywood kid, whispering about her crushes on a pair of hot guys named Johnny Depp and Charlie Sheen, and there are millions of women who still blush at that obsession even now that we know what kind of men they grew up to be.

Another moment shows Stephen Dorff poetically observing that the 1990s were "our '60s," which sounds so pompous coming from that guy and yet, he's not wrong.

Each of these are echoes visiting us from a youth long departed. They have value, certainly, by reminding us of old passion and allowing us to laugh, with a touch of wincing, at the people and things we thought were so cool that time's passage reveal to be temporary fancies or objects of hormonal stupidity. They don't build a tangible bridge between then and now and wonder why nobody's updated the slats although so many of them are rotten.

For that, there's "The Real World Homecoming: New York," which premiered on Paramount+ (the rebranded CBS All Access with a whole lot more) on March 5 and is rolling out new episodes each week. The New York season is the very first of the show that birthed the reality television revolution, which is a strange fact to contemplate when we look upon the original seven strangers picked to live together in a New York loft.

But Norman Korpi, Julie Gentry, Becky Blasband, Kevin Powell, Andre Comeau, Heather Gardner, and Eric Nies aren't truly strangers anymore after three decades – not to each other and not to those of us who watched that first season and recognized them as they popped up again on other TV shows and magazines. Gardner, who goes by Heather B., has a steady presence on SiriusXM and Powell is a writer and activist who lectures around the world.

Comeau followed his dream to become a professional musician, and Eric Nies, a familiar face to old school MTV viewers, made a transformation from model to dance fitness instructor to wellness maven. Korpi, Gentry and Blasband haven't led lives as public as the others, but returning to the loft is an effective leveler, bringing all of us back to the same headspace.

Well, everyone except for Nies, whose positive COVID test forces him to remain sequestered in his hotel room, participating via video conference. What a reminder that this is not 1992. But in case we didn't get it, there's the alteration of the timeless opener: "This is the true story, of seven former roommates, who returned to their original loft, to have their lives taped again, to find out what happens, when people stop being polite and start getting real."

Here's what happens in the first two episodes: "Homecoming" proves that there's simply no going back to the way we were. That's not entirely a bad thing, as the premiere demonstrates by reminding us of Kevin and Julie's fervent sidewalk argument about race and racism. That spat has gotten plenty of play in "Real World" retrospectives along with the "Slap Heard 'Round the World" from the Seattle season.

Here and now they are genuinely overcome with emotion to share space again, and Kevin is moved when Julie introduces her daughter during a nightly video call check-in, who shares that she's a budding activist. He's wowed, and soon after that moment we see him in silent rumination. He wonders aloud whether healing needs to happen in this group, and we know the answer is yes. That's why they've reconnected.

Production on "Homecoming" took place over six days not too long ago, which echoes the short turnaround time the original production followed. It's also edited as a tribute to the earliest days of the franchise to the point of using the classic producer card with Mary Ellis Bunim and Jonathan Murray's names on it at its close.

Bunim died in 2004, and Murray continues to run the production company under the Bunim/Murray shingle, which, following "The Real World," executive produces "Keeping Up With the Kardashians" and all of that show's related titles. The analog producer credits card is a loving detail as well as a reminder of an entire genre's humble beginnings.

Behind the familiar editing techniques and music cuts playing during transitional scenes designed to take us back – a slice from Tribe Called Quest's "Can I Kick It" hit my heart in the second episode – hums a refrain that's makes "Homecoming" heavier than other reunion shows, which is that along with the heartwarming feeling that the fundamental love the housemates had for each other is still there, so are the same societal divisions that ignited arguments.

When "The Real World" was a rarity in the TV space, the editing made these conversations feel genuine and urgent in a way that faded out as the unscripted became more ubiquitous and roommates grew more savvy about creating characters and spotlight-grabbing story arcs. Nearly 30 years later the New York cast marvels at the role as pioneers in this space while also recognizing the effect their conflicts had on the audience watching them. Powell's emotional expressions during his debates with housemates were wrongly stereotyped, and his present-day self reflects on this with the other six with a measure of wisdom and patience. It seems as if time and maturity have at last brought everyone to a place where they could listen.

But this is before production plays a clip of a heated argument Powell and Blasband had in 1992, in which she refuses to acknowledge white feminism's gains on the back of the civil rights movement without offering much in the way of political capital to Black people in the way of recompense.

In the present Powell observes, "It may seem like it was just us, but it was all the history of America in that conversation." What he and everyone watching, whether in that room or in our homes, could not have predicted is that shortly afterward Blasband would, shall we say, not repeat history so much as remaster and remix it.

Since age has tempered the inferno that once showed easily in their exchanges, they're both very calm, especially Powell, and somehow that makes watching Blasband talk over Powell and refuse to understand what he's telling her excruciating to witness. And yet, where else on TV are we seeing a group of people in conflict that doesn't immediately devolve into screaming and theatrical aggression? We're early in the season yet, and that may yet happen. I'm uncertain enough of that to continue watching once a week and not simply watch but relate, not with an air of wistfulness but a curiosity about how far seven people brought together in modern television's first social experiment have progressed.

Yes, we've all gotten older and wiser in some ways more than others. Acknowledging that through "Homecoming: New York" makes it a more worthwhile trip than any memory lane rewind can offer in 2021.