Here's a guide to Paramount+, the latest streaming service vying for your eyeballs and money

Is it worth adding on another subscription fee? Here's a breakdown of the cost and its many movie & TV offerings 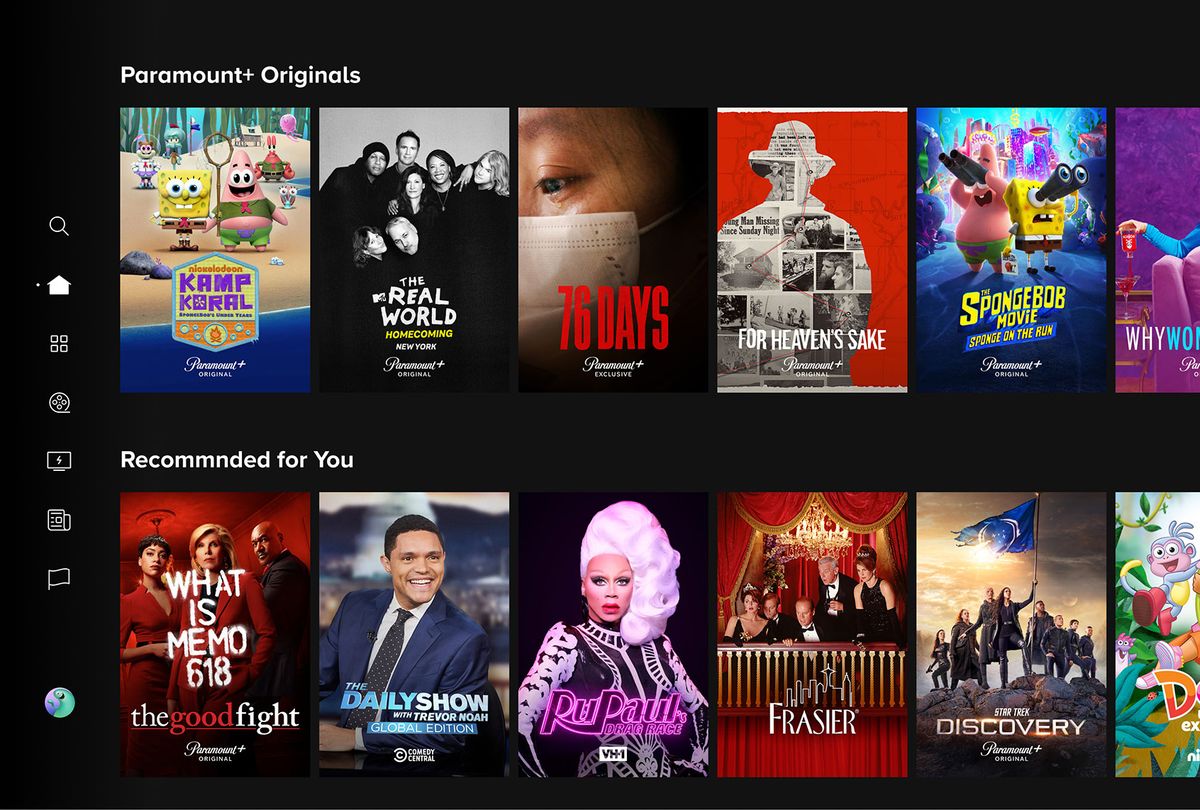 Yet another challenger has entered the streaming wars as Paramount+ has thrown its hat into the ring as of Thursday, March 4. What does this new service have that its predecessors — Netflix, Hulu, Apple TV+, Quibi (RIP), Disney+ , HBO Max and Peacock — don't?  And is it really necessary for you to cough up another subscription fee?

Salon took a dive into the service's offerings, so read on if you're curious about cost, how to stream, the fate of your CBS All Access account and what shows and movies to expect from Paramount+.

How much does Paramount+ cost?

Paramount+ Premium: $9.99 per month (no ads) Everything in the basic plan with additional access to mobile downloads and HD viewing options.

Where can I watch Paramount+?

If you're already a CBS All Access subscriber, that streaming service will automatically roll over to Paramount+ and its original content. Therefore you can still find "Star Trek: Discovery," "The Stand" and "The Good Fight" here.

What is going to be on Paramount+?

One of the most substantial portions of the Paramount+ library are classic Paramount Pictures films, like "Breakfast at Tiffany's," "Titanic," the "Indiana Jones" franchise, the "Transformers" franchise, "Forrest Gump" and"Mission Impossible."

Additionally, any future Paramount theatrical films will land on the platform, where they will be viewable within 35 to 45 days after they first premiere in theaters. Some already announced titles include "Top Gun: Maverick" (July 2), "A Quiet Place II" (Nov. 1) and "Mission Impossible: 7" (January 3, 2022)

One of the most heavily advertised launch day films, however, is the new "SpongeBob Squarepants: Sponge on the Run" film, which follows the titular Krusty Krab fry cook who learns that his beloved pet snail, Gary, is being held captive in Atlantic City.

This streaming is also the exclusive premiere of "76 Days," the acclaimed documentary shot in Wuhan, China in the earliest days of the pandemic.

As mentioned above, Paramount+ will become the home for CBS All Access content, like "Picard'' and "The Good Fight" in addition to CBS broadcast series like "FBI," "All Rise" and "Bull." The streaming service will also feature series from sister networks like MTV, VH1, Comedy Central and Showtime. According to a press release, the service will "feature [a] depth of content across key genres, including 7,000 episodes of kids' content, 5,000 episodes of reality and 6,000 episodes of comedy."

Some of the standout shows include:

"Younger" — Darren Star's guilty pleasure series which, as Salon's MaryElizabeth Williams put it, shares "shares SATC's" slick capacity for pretty scenes of New York City and what sometimes comes close to social commentary." It follows Liza Miller (Sutton Foster), a talented editor navigating the highly competitive world of publishing — while juggling the lie she created about her age to land her dream job.

"Frasier" revival — Hey baby, I hear the blues a-callin' — again. The "Cheers'' spinoff that wrapped in 2004 isn't quite wrapped anymore. "There has long been a call from fans for its return, and that call is now answered thanks to the amazing Kelsey Grammer reprising his iconic role of Dr. Frasier Crane," David Stapf, the president of CBS Studios said. "We can't wait to reveal its next chapter on Paramount+."

"Halo" — Originally slated for a Showtime release, the video game-based series has made the leap to this platform. "Halo" will take place in the universe that first came to be in 2001, dramatizing an epic 26th-century conflict between humanity and an alien threat known as the Covenant.

"The Offer" — This highly-anticipated limited series is based on Oscar-winning producer Al Ruddy's dramatic experiences of making "The Godfather."

"The Real World: Homecoming: New York" — It's been almost 30 years since the original "seven strangers" met up in a New York loft and started a reality TV revolution. The series begins streaming March 4 and, as the show's description says, "find out, once again, what happens when they stop being polite… and start getting real."

"Love Island on Paramount+" – an extension of the popular CBS reality series that takes subscribers beyond the boundaries of what's shown in the broadcast with exclusive content and live visits to the Villa.

However, Paramount+ will not have "Yellowstone," one of the shows most associated with the studio, as it's currently streaming exclusively on Peacock. A spinoff, which currently has the working title "6666," is expected later this year. According to ViacomCBS's description, the show will center on the 6666 Ranch, "a merciless endeavor to raise the finest horses and livestock in the world, and ultimately where world class cowboys are born and made."

The streaming service also includes live broadcasts of local news affiliates in over 200 markets across the U.S.,  the 24-hour streaming news service CBSN and new series such as 60 Minutes+.

If you're already paying for CBS All Access, you're probably in the best shape since this will get you so much more without lifting a finger. If you're not, this is where you'll have to decide if it's worth it to add to your already packed streaming queue.

The Basic streaming service is a good deal for viewers who have a strong affinity to a particular franchise, like "Star Trek" or "Love Island." If you have kids (or if the pandemic has just made you nostalgic for the after-school programs of your youth), the extensive Nickelodeon catalogue kind of makes signing up a no-brainer.

While a Premium subscription of $9.99 may seem a little steep, the platform has promised to add 10,000 new programs from Viacom's extensive library, including those films from Paramount Pictures (as many as 2,500 of them by summer, according to Variety). Given the diversity of ViacomCBS' portfolio, there's going to be a wide variety of content from which to choose — from mindless CBS daytime programming to now-classic MTV shows.