Wait, that happened this year? A reminder of the TV events that 2020 erased from our memories 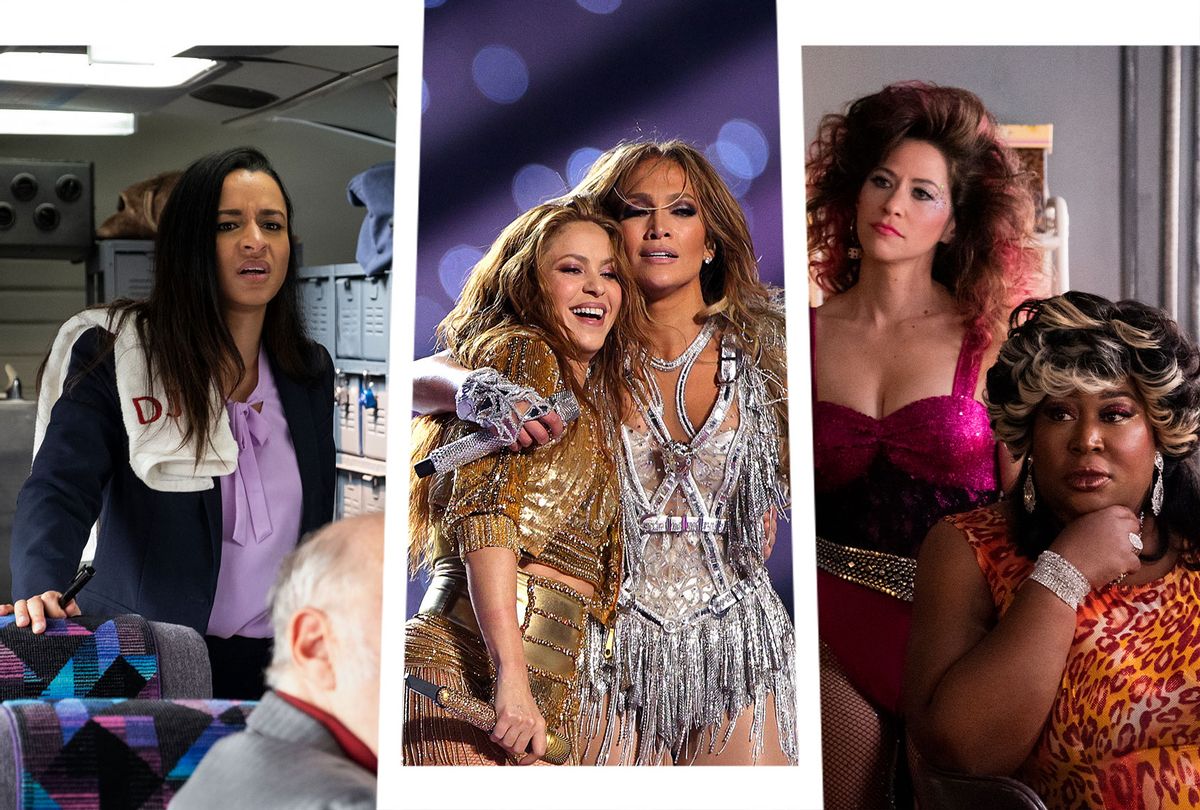 Quick, can you remember who won Best Picture at the 2020 Oscars?

If not, no one will blame you. The memory-wiping experience of 2020 actually had a neurological explanation.

The end of every year necessitates a survey of all that happened, but this year the view is heavily obstructed with detritus and horror. Poisonous political corruption dominated the conversation as the year began with tensions surrounding impeachment. Yet much of that is a dim memory all but whited out by the pandemic's onset and the never-ending agita associated with it.

It goes without saying that 2020 is a year most of us would rather forget. And yet, there are many things that we should remember because they mark real cultural shifts.

Still other entertainment industry developments should be remembered for what they gifted to viewers, or the demonstrative hubris they exemplify, or any number of reasons. Such a list could go on forever, but since I lack the memory, time and energy to create an exhaustive accounting of the forgotten or barely remembered in television, here are five things – several of them good! – that happened in 2020.

Quibi arrived…and departed, quite dearly. Arguably, one isn't obligated to remember something they probably never knew much about in the first place, but here's a fine example of an obscenely funded concept that marketed itself as a game changer. To be fair it arrived in the midst of a massive evolution in the media landscape catalyzed by the streaming content wars that began escalating in late 2019 when Disney+ and Apple TV+ debuted, joining Hulu, Netflix and Amazon. But hit full fury this year with the arrivals of HBO Max, flexing the full force of the Warner Bros. library, and to a lesser degree, Peacock, NBC Universal's addition to the fracas.

Along with other network-affiliated video-on-demand services such as AMC+ and Discovery+, Peacock seems like smaller fry in an expanding multi-way frenzy between existing services backed by huge media giants. Compared to Quibi, the DOA creation of DreamWorks co-founder Jeffrey Katzenberg and steered by CEO Meg Whitman, they're downright muscular.

Quibi was supposed to win over commuters and mobile phone users with minuscule attention space by offering "quick bite" content consisting of series with episodes clocking in at less than 10 minutes apiece. But aside from the various problems associated with this concept (beginning with the fact that people have been getting that content for years on YouTube, and for free), it debuted in April – right when stay-at-home orders placed commuting on hold for millions, a fair number of whom spent they time that would have been taken up by bus and train rides gorging themselves on "Tiger King."

Quibi took in $1.75 billion from investors and lasted for all of eight months, making it one of the costliest "grand opening/grand closing" events in our lifetimes. Yeah…that happened in 2020.

Shakira and Jennifer Lopez 's Super Bowl Halftime Performance. For music aficionados, 2020 is the year clubs, concert halls and stadiums went silent and artist took their live acts online in an effort to soothe their fans. Before all that, however, these Shakira and Jennifer Lopez women made history as the first Latin superstars to headline what is typically the most-viewed live performance of any year.

From Shakira flashing a joyful zaghrouta at the camera (and scandalizing Middle America) to Lopez belting out the refrain of Bruce Springsteen's "Born in the U.S.A." while wearing a cape resembling Puerto Rican flag, this was a show reminding the audience that America is a place made up of many peoples. And within that celebration Lopez also reminded the folks watching at home that the U.S. is still locking children in cages…or maybe those kids singing from behind bars shaped into spheres were simply stage props.

One truth we've learned in 2020 is that reality and fact is all in how a person chooses to see it, after all.

Sarah Cooper conquers social media. It makes sense that a year in which Black women drew focus for their role in political mobilization (and conversely, for the mistreatment and neglect we face when it comes to the criminal justice system, health care, job opportunities and education, for starters) that one would win the Internet.

Cooper, a comedian who has been plowing along on her own for years now, soared to fame on the success of her viral video lip syncs to Donald Trump's most ridiculous moments. It isn't just that Cooper excels at physical comedy, it's that she quickly turned around her own versions of Trump's nonsensical speeches, relieving our horror by highlighting his idiocy via her interpretative impersonations.

Given how widely her work has spread across various platforms it's easy to forget that before April 2020, most people had no clue as to who Sarah Cooper is. Here we are at the end of 2020 and she's already secured a sitcom deal with CBS and helmed a Netflix special. How's that for remaining productive during a pandemic?

Runner-up: Dionne Warwick. The 79-year-old Warwick has been around for decades and joined Twitter in 2012, but this was the year that she blossomed into a witticism machine. Whether she's the one tweeting or it's actually her niece tapping those bon mots into her phone, who care? Warwick brought joy out a miserable span of existence, and for that we bow down to a true queen.

Renewals reversed: the cruelest cuts. Every TV season is marked by cancellations, but the pandemic led to the untimely deaths of TV series that deserved better, or at least a chance to provide an ending for their fans.

Among the most tragic? The stunning cancellation of "GLOW," which was renewed for a final season before Netflix reversed that decision. The women's wrestling dramedy always seemed to be fighting for its life, but those who watched knew each struggle to survive was worth it.

But it wasn't the only critically beloved series felled by pandemic-related shutdowns. "On Becoming a God in Central Florida" was only beginning to come into its greatness on Showtime. Alas, its second season was yanked. ABC's "Stumptown" (starring Cobie Smulders) is a solid action treat; its second season renewal also disappeared. Andrea Savage's wry comedy series "I'm Sorry" was supposed to get a third season on TruTV, but that was also rescinded. (Notice that all of these series are about women, although only two of the four had female creators.)

2020 unexpectedly closed the book on many other series,  including Jim Carrey's Showtime series "Kidding." Three I'll miss more than most are Comedy Central's "Drunk History," Netflix's "Patriot Act with Hasan Minhaj," and the fabulous revival of "One Day at a Time," each of which enjoyed passionate audiences, although "ODAAT" also fought for its life at the end of each season.

Fates willing, all of these shows can and will be appreciated by new fans for years to come. It's still unfortunate that this year's circumstances led to their too-early demises, especially given how essential each of them were in helping us to grapple with who we are as Americans.

There were good endings, too. Celebrations of beloved series' finales were relatively muted this year, but we said goodbye to some big ones: "Supernatural" ended its decade-and-a-half run. "The Magicians" had a shorter life, relatively speaking, but its finale left us heartbroken. "Homeland"…also ended.

However, it was my struggle to remember the wondrous finale of "The Good Place" that first took me down this fractured memory lane – it felt like a lifetime passed since I watched it, but that was only last January.

The same can be said about the ending of "Brockmire," which bunted America's favorite baseball announcer into a future where the world is burning to a crisp, baseball is dying – and he's sober as a judge and raising a college-aged daughter. Odd as it was to see a comedy version of dystopia while we're living in one it was also somehow comforting to see some reliable souls remain cantankerous, hilarious and heartwarming even at the bitter end of it all.

With that, here's to making better and more lasting memories in 2021.