From badass Peter Dinklage to thriller "Behind Her Eyes," here's what's new on Netflix in February 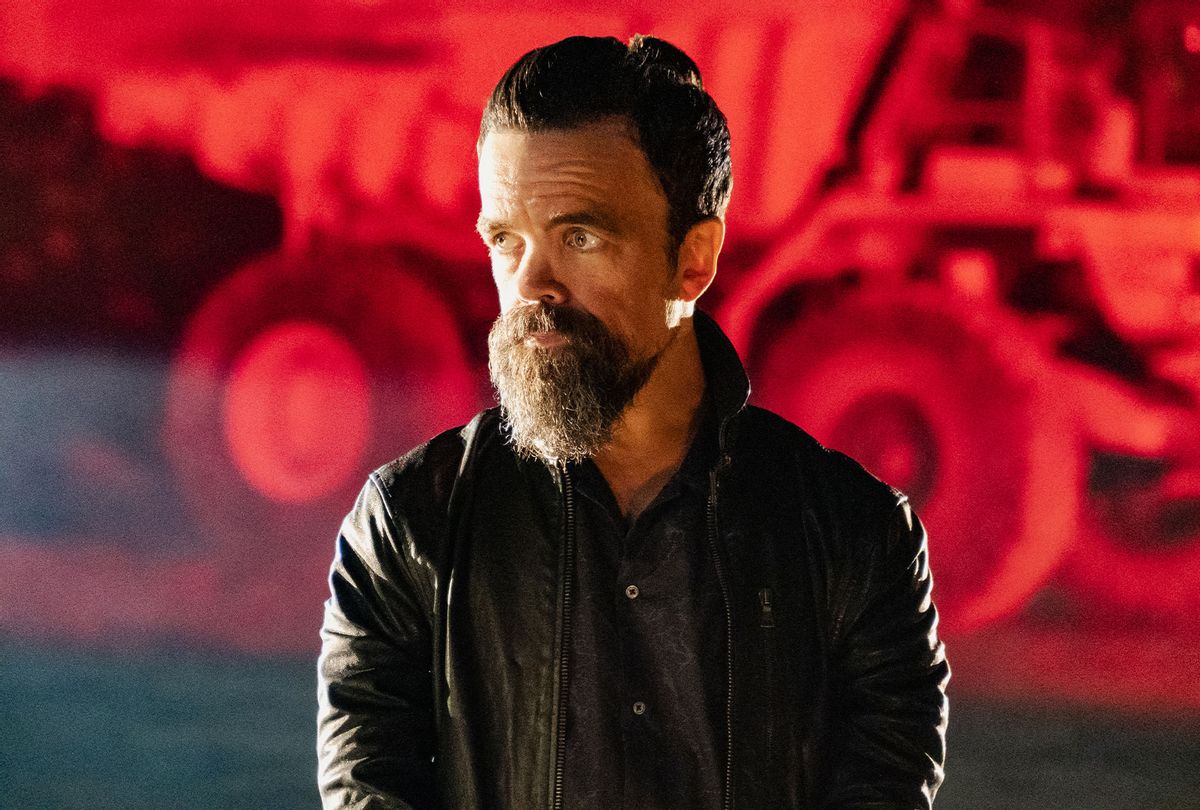 Peter Dinklage in "I Care a Lot" (Seacia Pavao/Netflix)
--

I don't always tend to gravitate towards rom-coms and romantic dramas, but with Valentine's Day around the corner, I've started adding some to my Netflix watch list to get in the mood for the holiday, which, this year, will likely center around dinner and a movie from the comfort of the couch.

For some (really) dumb fun, there's "The Wrong Missy," starring Lauren Lapkus and David Spade. It's a classic mixed-up identity premise — disaster strikes when a man invites his dream girl to an island resort, but a previous blind date shows up instead — that's given a little bit of fresh life with some raunchiness and slapstick humor.

For something that veers a little sweeter, "Always Be My Maybe," starring Ali Wong and Randall Park as a former pair of teenaged best friends who have since drifted apart and are pushed together once more in adulthood. Their lives have taken very different paths, but their chemistry is undeniable.

If you're looking for a couple straight-up tearjerkers, I've got you covered: "Marriage Story," "About Time" and "Carol" all show some of the heavier sides of love.

If you're not really feeling romance this year, though, have no fear. There's a wide variety of new projects coming to Netflix this month — from a South Korean space opera to an interactive adventure that puts you face-to-face with wild animals. Here are our picks:

This black & white romantic two-hander starring John David Washington and Zendaya (who both also produced), takes place on the night after hotshot director Malcolm's breakthrough film about a young woman's struggle with drug abuse. Marie, his girlfriend who is in recovery from drug addiction, was the muse he forgot to thank in his premiere screening speech.

Malcolm is high on the promise of success, but as the two await the film's critical response, the evening takes a turn as revelations about their relationships begin to surface, testing the couple's love. As the trailer puts it, "This isn't a love story. It's a story of love."

"Malcolm & Marie" was the first Hollywood feature to be entirely written, financed, and produced during the COVID-19 pandemic, with filming taking place in June and July 2020.

This South Korean space opera, which is directed by Jo Sung-hee, is set in the year 2092. The Earth has become uninhabitable, so the UTS corporation begins building a new Martian home for humanity. However, it's only available for a chosen few; the non-UTS citizens are forced to live in overcrowded space stations overcome by poverty.

One dangerous way to earn an income is by becoming a Space Sweeper, someone who chases down the space debris — satellites, radioactive materials, weird bits of metal —floating around from all of the construction.

"Space Sweepers" follows the crew of a space junk collector ship called The Victory whose lives are suddenly changed when they discover a humanoid child named Dorothy — who is also a weapon of mass destruction.

Over the course of six months, they learn new things about themselves and their bodies. Along the way, viewers are introduced to Amy Bond, a competitive pole dancer and pro bono attorney, who used pole as a way to shed the shame she experienced growing up in a Mormon family, and then Jenyne Butterfly, a Cirque du Soleil pole performer.

"Crime Scene: The Vanishing at the Cecil Hotel," Feb. 10

For nearly a century, the Cecil Hotel in Downtown Los Angeles has been linked to some of the city's most notorious criminal activity — from being the location of mysterious deaths to housing serial killers. In 2013, college student Elisa Lam vanished from the hotel, which ignited a media frenzy and mobilized a global community of amateur web sleuths who were eager to solve the case from behind their laptops. Director Joe Berlinger unpacks the latest chapter of one of LA's most nefarious settings.

Less than a year after the debut of her wildly successful "Nadiya's Time to Eat," "Great British Bake Off" alum Nadiya Hussain returns to the kitchen where she will make an array of sweet recipes, from simple, everyday treats like freshly baked bread to special-occasion desserts.

"For me, baking really is my happy place, and I want it to be yours, too," Hussain says in the trailer below. "There will be bakes for every occasion."

In this Netflix Family original, viewers can direct the course of the story, following the success of the streamer's interactive feature used in "Black Mirror: Bandersnatch," users receive multiple choice prompts that help determine how adventurer Bear Grylls will help a South African animal sanctuary after it loses power and the protective fence goes down, too.

For example, you can decide whether Grylls climbs a tree or hides under a van to escape a lion on the loose — and that's only one of the animals on the loose and only one of the missions you're expected to clear. The adventure lasts between 45 and 90 minutes, and it remains to be seen how realistic the depiction of the dangers of messing with animals in the wild will be.

In 2017, "Behind Her Eyes," a psychological thriller novel by English author Sarah Pinborough, made a big splash the literary world with an ending that shocked readers (and inspired the hashtag #wtfthatending). A Netflix series was inevitable, and now it's finally arrived.

"Behind her Eyes'' centers on Louise (Simona Brown), who gets caught between an affair with her psychiatrist boss, David (Tom Bateman), and a friendship with his mysterious wife, Adele (Eve Hewson). David and Adele aren't the picture perfect couple they appear to be, and there are some supernatural twists that you definitely won't see coming — including that "what the f**k ending."

In this dark comedy, Rosamund Pike plays Marla Grayson, a con artist who has a long-running scam in which she'll argue that senior citizens can't care for themselves any longer and that she should become their legal guardian. Once they are stuck in a nursing home, she slowly dips into their assets with the help of physician Dr. Amos (Alicia Witt), Marla's partner in crime.

Her latest target is Jennifer (Dianne Wiest), a woman whom Marla claims is showing signs of dementia. Little does she know that Jennifer actually has connections to an underworld businessman, Roman Lunyov, played by Peter Dinklage.

Here's everything coming to the streaming platform this month:

Feb. 3
"All My Friends Are Dead"
"Black Beach"
"Firefly Lane"

Feb. 10
"Crime Scene: The Vanishing at the Cecil Hotel"
"The Misadventures of Hedi and Cokeman"
"The World We Make"

Feb. 12
"Buried by the Bernards"
"Nadiya Bakes"
"Hate by Dani Rovira"
"To All The Boys: Always And Forever"
"Xico's Journey"

Feb. 26
"Bigfoot Family"
"Captain Fantastic"
"Caught by a Wave"
"Crazy About Her"
"No Escape"
"Our Idiot Brother"