In the new season's tribute to "A Nightmare on Elm Street" Sadie Sink's Max finds her fight, with Kate Bush's help 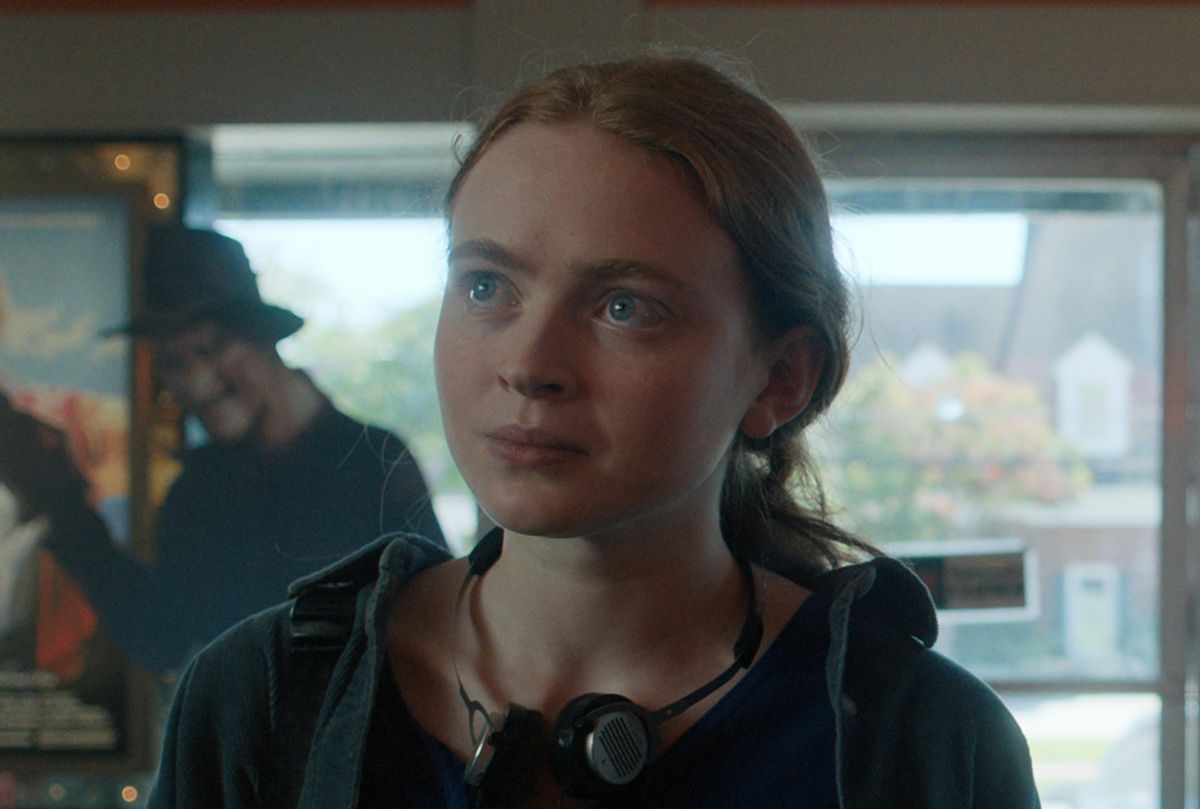 None of the young women in the "Stranger Things" main cast fits the classic profile of the Final Girl, to the credit of Matt and Ross Duffer. The '80s edition of the trope is a mewling mess who triumphs by sheer luck or last-second intervention of some other savior, usually a man previously believed to be dead.

Nancy Wheeler (Natalia Dyer), however, confronts her monsters while packing heat. Before psychic superchild Eleven (Millie Bobby Brown) lost her powers, she tossed those who crossed her around with her will. Lucas Sinclair's (Caleb McLaughlin) kid sister Erica (Priah Ferguson) is a master of fact-based intimidation.

Then there's Max Mayfield (Sadie Sink) the tough girl who has seen a monstrous death up close. Six months after she watched a giant monster impale her stepbrother Billy in Starcourt Mall, Max has withdrawn from her friends, retreating into the moody melody of Kate Bush's "Running Up That Hill (A Deal with God)" playing through her headphones.

RELATED: The frustrations of "Stranger Things"

This also makes her a target, but her tormentor is far worse than the school mean girl. She and the other Hawkins Scoobies reassemble when the captain of the cheerleading squad turns up mangled and eyeless in the trailer of the school's metal-loving burnout Eddie Munson (Joseph Quinn).

Nancy, Steve Harrington (Joe Keery), Robin Buckley (Maya Hawke) and their younger friends Dustin Henderson (Gaten Matarazzo) and Lucas recognize this as a sign that the Upside Down's denizens aren't done with their town. Even scarier, Max realizes the monster is coming for her next. It calls her by name and knows the reason she's shutting out the people who care about her. And in a blink, it turns her waking life into a surreal torment.

High school might as well be a Wes Craven nightmare.

Every season of "Stranger Things" rewinds through '80s movie nostalgia, with its first seasons straddling the worlds of Steven Spielberg's child-centered and Stephen King's visions of small towns as portals to otherworldly terror. With its younger kids navigating middle school, and the older ones in high school, infusing the story with a "Goonies"-meets-"Close Encounters of the Third Kind" vibe adds a warmth to its frightening confrontations with the Upside Down.

For kids like these – the nerds, dethroned jocks and brainiacs – middle school can still be a carefree space protected by the bubble of pre-adolescent innocence. But high school might as well be a Wes Craven nightmare. Hawkins, Indiana's place above a ravenous dark world demands such Freddy Krueger-esque brutality, along with a dash of Clive Barker's "Hellraiser" and King's classic "It."

In theory California should be nicer to Eleven, who has joined Joyce Byers (Winona Ryder) and her fellow teens Will (Noah Schnapp) and Jonathan (Charlie Heaton) in relocated there. But Eleven is still adjusting to a world where she isn't a lab rat with superpowers, and her new schoolmates are brutes who shove her around with "Carrie" levels of cruelty. If we're ever treated to the "Stranger Things" version of that cinematic classic's red reckoning, it won't be until the second batch of fourth season episodes drops on July 1. 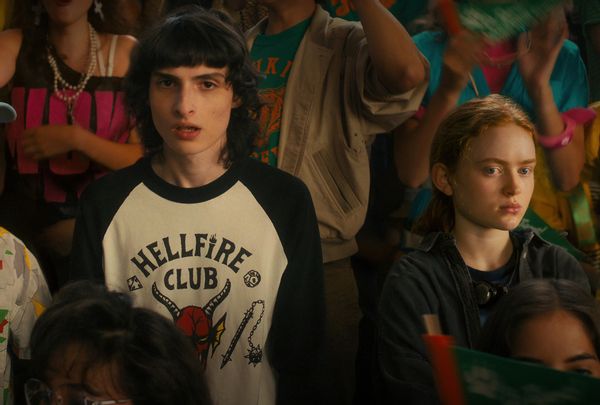 Finn Wolfhard and Sadie Sink in "Stranger Things" (Courtesy of Netflix © 2022)One horror homage at a time probably works best. These episodes' focus on the Nightmare in Hawkins contain a psychological richness most '80s slasher films don't bother to channel, achieved by drawing our attention to Sink's compelling evolution of Max. The "Nightmare on Elm Street" franchise doesn't leave much of a reason to wonder why Freddy keeps rising from the grave to hunt high schoolers, although the established lore is that his victims are the children of the parents who murdered him. The audience stopped caring around four films in, since reason and plausibility never drove this genre's popularity.

Whereas "Chapter 4: Dear Billy," roots its demon's power over his prey in their guilt and shame.

Although Robert Englund's cameo in this episode makes the connection between the show and Craven's "Nightmare" films explicit, the choice to make guilt the lures for this year's evil, a being the kids nickname Vecna, expands on a thread in "A Nightmare on Elm Street 3: Dream Warriors."

The Duffers make Max's guilt a curse that almost kills her.

In that movie, the psychiatrist treating Patricia Arquette's Kristen Parker dismisses her deep sleep skirmishes with Freddy as a manifestation of guilt and nothing more. But the doctor only says this in passing. In "Stranger Things 4" The Duffers make Max's guilt a curse that almost kills her.

It's easy to see why the Duffers may have been attracted to "Dream Warriors," along with the original of course. The third "Nightmare" sequel came out in 1987, which is only a year later than this season's events. Out of all the "Nightmare on Elm Street" movies, it has the most in common with role playing games; another the young patient in the psych ward with Kristen is a gung-ho Dungeons & Dragons player. 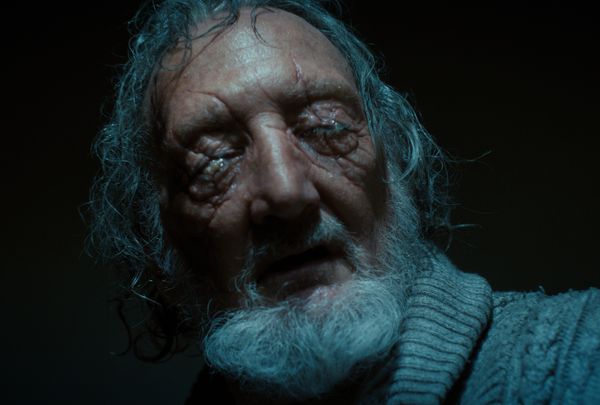 Robert Englund as Victor Creel in "Stranger Things" (Netflix)Sink's Max never takes part in the basement campaigns that cement the friendship Dustin, Lucas, Will and Mike Wheeler (Finn Wolfhard) share. So when her despair over Billy's sacrifice pulls her into Vecna's dungeon by herself, the battleground isn't familiar. But her inner fighter is.

Sink pins us to the episode's tension by playing Max as someone who is committed to fighting for her life despite the likelihood that she'll lose. She holds the sum of these feelings in her anxious darting glances along with a rending sadness, making us understand why a girl like that would find comfort in Bush's best-known anthem.

But "Running Up That Hill" isn't employed merely to set a tone or place us in an era, like neon roller skate wheels or Scrunchies. It instantiates the adolescent tendency to claim a song as talismanic protection.

Bush's lyrics evoke a desire for men and women to swap roles in order to dispel misunderstanding. In the context of Max's dream prison it rips open a window of escape from the underworld with its offer of  "a deal with God" – but it's up to Max to push her way through it. The sequence showing her running to Lucas, Dustin and Steve, back to life from her sleepwalk of mourning, is one of the series' truest, emotionally stirring passages.

All told, the "Stranger Things 4" episodes are too long and too reliant on our affection for these characters to overcome the far-fetched scenarios they find themselves in. Mainly this refers to Joyce and her conspiracy-obsessed sidekick Murray's "To Russia, With Love" quest to save Hopper (David Harbour).

"Dear Billy" is an exception because of the way Sink carries the burden of Max's doom with a combination of anger, fear and resolve. She's grieving her impending death and it's rare to see a young actor depict that weight with such knowing. Her escape doesn't mean Max is free of her demons, but it conveys her willingness to stand and face them – no more walls, no more running.

The first seven episodes of "Stranger Things 4" are now streaming on Netflix. The second half of the season debuts on July 1.