Memo to the media: GOP policies — not the rare liberal prosecutors — are driving crime

Rising crime is a national problem, escalated by Trump policies that Democrats haven't been able to repeal 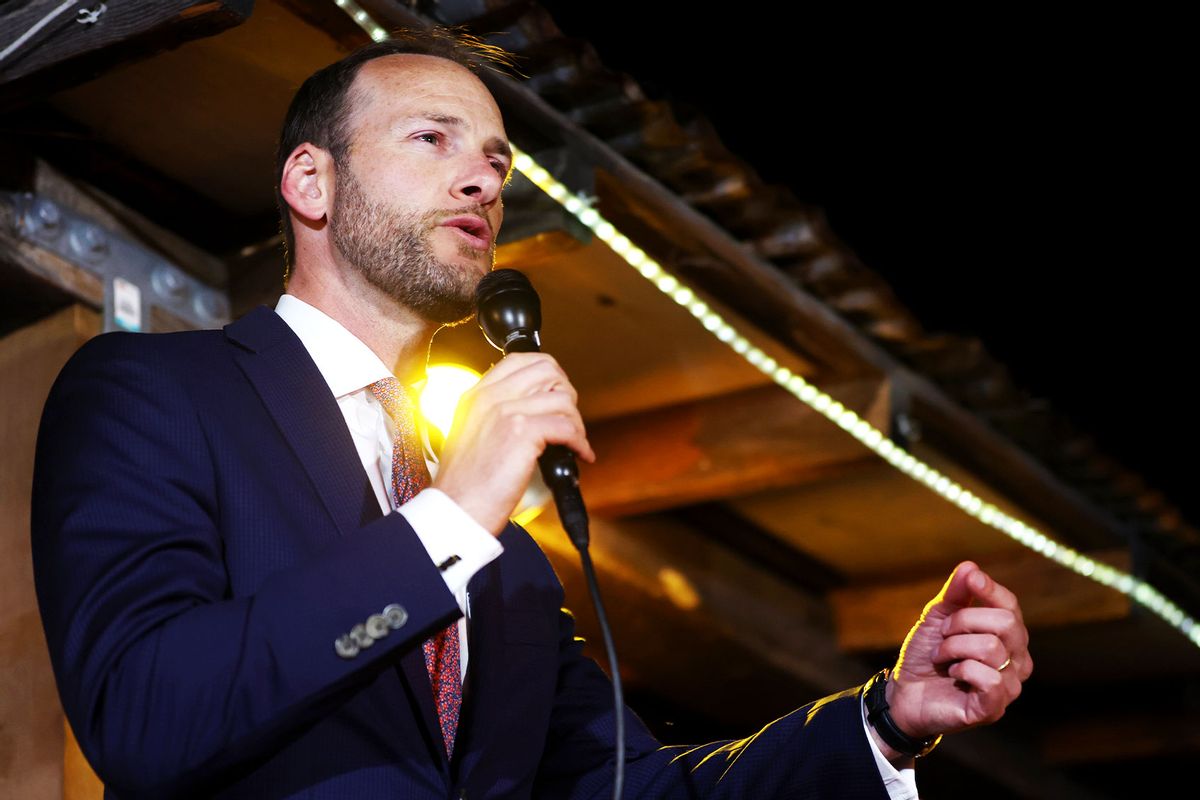 A sure sign of how distorted American politics have become: The average news consumer may very well be more likely to know the name of the progressive prosecutor in San Francisco than the name of their own congressional representative. That's because Republican propagandists have centered Chesa Boudin, and their successful effort to recall him in San Francisco, in their story about American crime. The mainstream media, meanwhile, has duly played along. Los Angeles had a similarly distressing electoral outcome in a too-close-to-call mayoral race between Democrat Karen Bass and Republican Rick Caruso, who switched party affiliations just to tank the Democratic primary.

"Democrats tested on crime," blared the headline at the Washington Post.

"California Sends Democrats and the Nation a Message on Crime," declared the New York Times.

It's a compelling story, this tale of a city electing a progressive prosecutor in a bout of wokeness, and then reeling him back after watching crime explode as a result. Certainly, that's the story that Republicans have been hyping, especially on Fox News, which nightly portrays liberal cities as dystopian hellholes where everyone is getting raped and mugged every time they leave the house. But it also happens not to be true.

As Paul Waldman of the Washington Post notes, similarly-sized cities with "Republican mayors and Republican chief prosecutors" have even worse murder rates than San Francisco. In fact, violent crime is more of a red state problem than a blue state one, as 8 out of the 10 states with the highest murder rates voted for Donald Trump in 2020. The murder rate in the 25 states that went for Trump is, on average, 40% higher than that of states that voted for Joe Biden. But, as Waldman notes, the mainstream media ignores this cold statistical evidence in favor of the right-wing framework that pins the blame on liberal prosecutors. Liberal prosecutors are exceedingly rare even in Democratic cities and, as in San Francisco, often helm cities with lower crime rates than their "tough-on-crime" counterparts.

The excuse for this misleading framework is that journalists are simply reporting on voter sentiment and the perception that liberal policies lead to crime. But this is a cop-out. Voters are confused because the media keeps regurgitating a framework that implies they must choose between liberal policies and lower crime rates. Of course, voters believe in this false dichotomy — it's the one presented as truth every time they turn on a TV or read a newspaper.

This misleading coverage is all the more frustrating because it distracts from the very real causes of the crime and disorder problems that are legitimately bedeviling cities. To be certain, crime, especially violent crime, is a multifaceted problem that can rarely be reduced to a single cause. But what is driving voters in Los Angeles and San Francisco is anger over widespread homelessness and property crimes. And those problems are attributable in large part to Trump-era economic policies. National Democrats — hobbled by timing issues, centrist politicians, and the Senate filibuster — have done little to fix the situation.

The media needs to do more to tell the truth.

Homelessness has been rising since 2016, largely due to the housing crisis. It really is as simple as that: Rent costs more than working class people can afford. Failure to pay rent leads to evictions, which leads to homelessness. Once someone is homeless, it's often hard to get back on your feet and re-housed, because getting a job is hard when you're homeless. Property crimes are often driven by the same economic desperation that causes homelessness.

This crisis is also multifaceted, but Trump's four years in office made it worse. Trump's first and really only legislative achievement was a massive tax cut for rich people passed in 2017. This tax cut amounted to a massive wealth transfer from working people to the already wealthy. Study after study after study shows that the result was that already terrible wealth inequality got much worse. The problem expounded when rich people put all their excess wealth into the stock market and drove up their assets while ordinary working people stayed relatively stagnant.

Democrats aren't offering a persuasive counternarrative to explain the problem, making it easier for the media to embrace the simplistic but misleading Republican narrative.

Wealth inequality isn't just unfair. It exacerbates inflation, especially inflation of housing costs. As anyone who lives in a city can attest, there's a nightmare situation going on where the wealthy class is coming in and buying much of the housing stock, driving up prices and making it unaffordable for everyone else. It's particularly bad in San Francisco, which has seen a flood of wealthy tech executives move in. They are willing and able to pay significantly more for housing than the people who were already living there. The extra cash that these folks had to spend from their Trump tax cuts certainly didn't help.

To be certain, there are lots of people who claim to be liberal, especially in California, who make the situation worse.

San Francisco's housing crisis is much worse due to NIMBYism. "NIMBY" stands for "not in my back yard," and it describes those current residents who fight against any housing development that would allow new residents to live there affordably. Many NIMBYs identify as Democrats and even progressives, but hide their antagonism towards living next door to working class people behind claims to be preserving "neighborhood character" or even environmental concerns. (In reality, the urban sprawl caused by NIMBYism is much worse for the environment than development, for the obvious reason that it causes people to drive more.) Defeating NIMBYs will take more than progressive tax policies, though reducing the ability of NIMBYs to throw their money around couldn't hurt.

But if there are any progressives to blame, it's not liberal prosecutors. It's the people who claim to be progressive but turn into "build the wall"-style reactionaries the second that they are asked to share neighborhoods with people they expect to wait their tables and clean their bathrooms. Part of the problem is no doubt Democrats, who are afraid to offend their donor base and so often tiptoe around the problem of NIMBYs. That's changing, slowly, with Democratic Gov. Gavin Newsom leading the way in identifying the problem and taking measures to fight back. The situation is made worse by the failure to pass the Build Back Better plan, which would have chipped away at some of the wealth inequality. Democrats don't want to remind people of this failure and instead want to talk about how Biden's presidency has led to lower unemployment. But voters continue to feel bad about the economy because those news jobs and higher wages aren't resulting in more wealth accumulation or changing the rates of homelessness.

Democrats aren't offering a persuasive counternarrative to explain the problem, making it easier for the media to embrace the simplistic but misleading Republican narrative.

People were willing, in some cities, to elect progressive prosecutors in the first place. Indeed, in cities like Philadelphia and Chicago, progressive prosecutors won re-election, despite GOP lies blaming them for crime. There is nothing inevitable about crime concerns leading to reactionary voting. Voters are capable of understanding that crime has economic causes and that addressing those causes is how we can all be safer. They can understand the simple story about how the solution to homelessness is affordable housing. Many of them can relate, since they also suffer from rising housing costs. But if no one is telling that story, this "tough on crime" nonsense fills the void.

Democrats need to do better about offering a counternarrative. The media needs to do more to tell the truth. Or else we'll be facing a catastrophe like Tuesday's California elections again in November.