Acquitted for the attempted murder of Reagan in 1981, Hinckley has been under court supervision for over 41-years 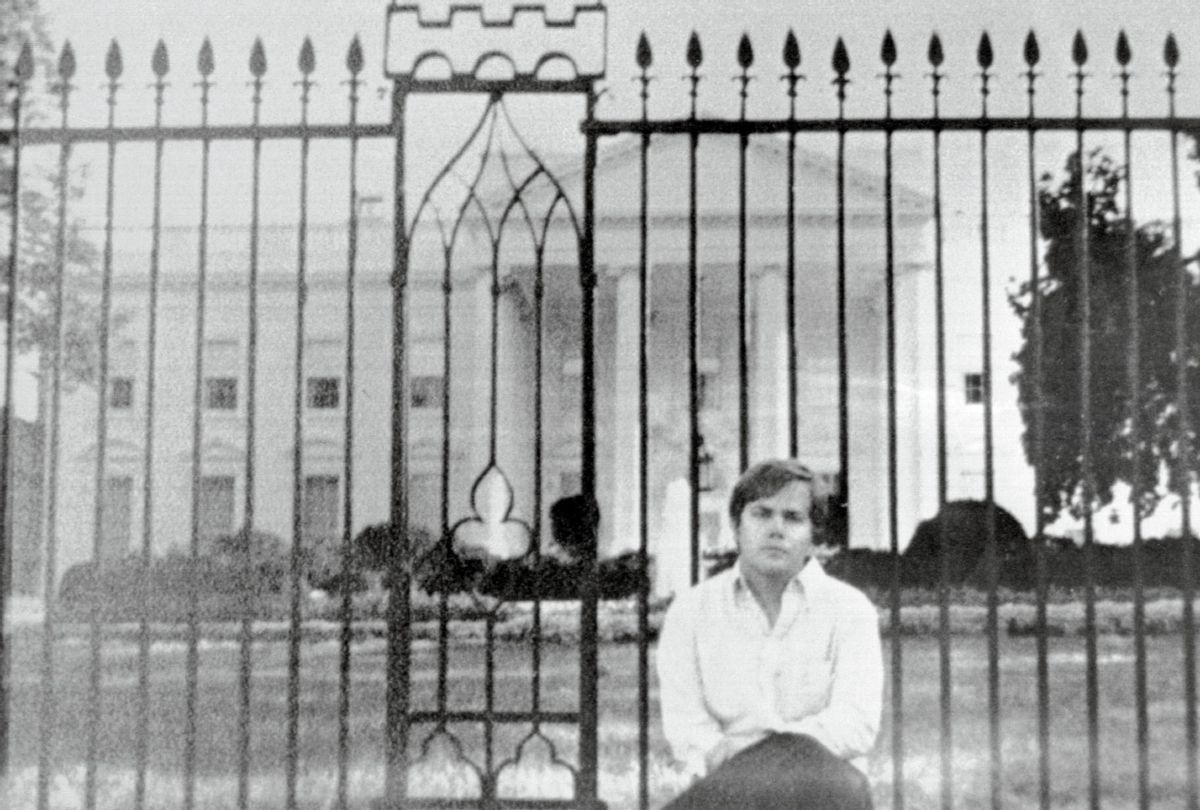 John Hinckley Jr., as he sits on fence wall in front of the White House (Bettmann / Getty Images )
--

On March 30, 1981, John Hinckley Jr. attempted to assassinate former President Ronald Reagan in an effort to gain the attention of Jodie Foster, who was only a teenager at the time. Today, after a lengthy stay in a Washington mental hospital, and an expanse of court supervision, Hinckley Jr. is officially a free man.

According to a report from AP News, U.S. District Court Judge Paul L. Friedman in Washington stated back in September that he would free Hinckley Jr. on this date "if he continued to remain mentally stable in the community in Virginia where he has lived since 2016."

Hinckley Jr. became obsessed with Jodie Foster after seeing her role as 12-year-old Iris in the 1976 film, "Taxi Driver." He fixated on her to such a degree that his attempts to get her attention escalated from love letters and phone calls to relocating to New Haven, Connecticut so he could stalk her while she attended Yale University. When none of that worked, he made plans to kill President Jimmy Carter, but got caught up on a weapons charge in Nashville, Tennessee. When Reagan landed in office, Hinckley Jr. went at it again, shooting at him with a .22 caliber as the newly elected president was exiting the Hilton Hotel in Washington, D.C. Along with Reagan; who was not hit directly, but wounded from a  ricocheted bullet; Hinckley Jr. also wounded a police officer, a secret service agent, and critically wounded press secretary James Brady. When Brady died in 2014, his death was ruled a homicide as a result of the gunshot from Hinckley Jr. 33-years prior.

Hinckley Jr. was found not guilty by reason of insanity for these crimes, and was held in a mental institution for over 30 years before being released to the care of his mother until her death in 2021.

"It didn't have anything to do with me. I was kind of a hapless bystander. But… what a scarring, strange moment in history for me, to be 17 years old, 18 years old, and to be caught up in a drama like that," Foster wrote of her link to the event in a 1982 essay for Esquire titled "Why Me?"

Hinckley Jr., who writes and performs his own music, often posting it to YouTube, was scheduled to play a show at Brooklyn's Market Hotel on July 8, but it was cancelled after the venue received backlash for wanting to host the would-be killer.

"If Hinckley had succeeded in killing Reagan, then he would have been a pivotal historical figure," H.W. Brands, a historian and Reagan biographer, wrote in an email to The Associated Press. "As it is, he is a misguided soul whom history has already forgotten."