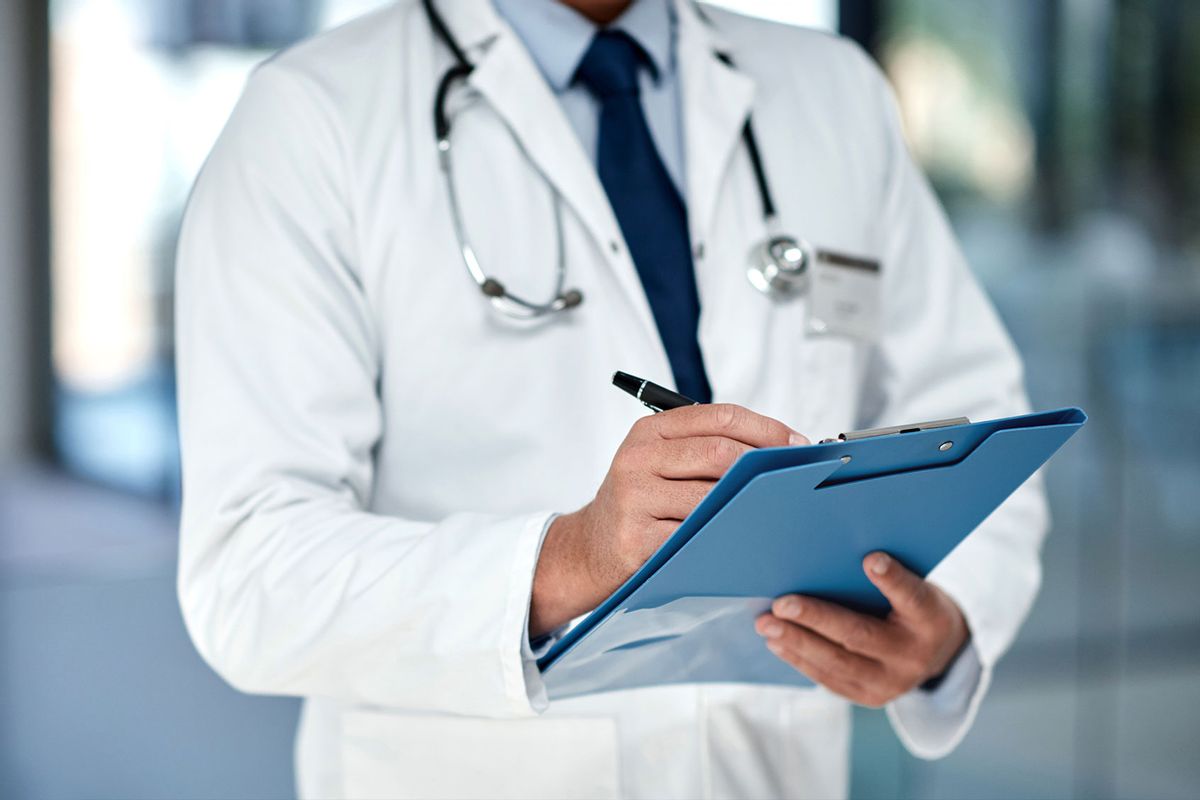 In the winter of 1965, a 30-year-old former medical student at the University of Amsterdam named Bart Huges squatted in front of a mirror and drilled a hole in his head using an electric drill. He had performed a trepanation – a procedure involving the removal of a piece of bone from the skull dating back thousands of years and practiced by cultures around the world. A craniotomy, the modern version of trepanation, can in fact be lifesaving when conducted for the right reasons. Yet Huges never obtained a medical diploma and, according to writings published before and after the self-surgery, had come to believe that trepanation could enhance brain function and help one obtain a higher state of consciousness.

Despite any reliable medical or scientific evidence supporting this theory, Huges and his subsequent followers gained notoriety, helping popularize the concept among those experimenting with drugs during the counterculture movement of the 1960s and 1970s. According to Paul McCartney, even John Lennon at one point considered it. Yet the purported benefits of trepanation proclaimed by Huges and others was not only unfounded — its promotion was also dangerous.

How did such an idea lacking reliable and reproducible scientific evidence, the currency used among professionals to support or refute a hypothesis, come to enjoy such wide popularity? Huges had been a medical student, and later a librarian, presumably with access to information and expertise that would have refuted — or at least called into question — his theory on trepanation. Huges' writings on the subject included technical medical terms and weaved together concepts involving blood vessels, carbon dioxide, adrenaline, cerebrospinal fluid, osmosis, and more. Is it possible that his brief connection with the medical profession helped him obtain greater validation among supporters and admirers who had hoped his ideas were true?

As it turns out, Huges was a harbinger of a new era of health misinformation. Misinformation has been tenacious during the COVID-19 pandemic, and characterizes much political discourse nowadays. Acknowledging the deleterious effects misinformation can have on the public's health, Vivek Murthy, the current US Surgeon General, published an advisory to readers repeatedly urging them to seek the advice of health professionals.

Unfortunately, a minority of doctors seem to have recently obtained an outsized voice through the use of social media, internet forums, radio, and television appearances. Together, this fringe contingent has played a critical role in propagating misinformation about COVID-19 to the public. This arguably small number of individuals appear to be using their professional credentials and the image of the white coat — ironically the symbol which doctors began using in the 19th century to separate themselves from what they deemed as quackery — to advance ideas with no solid evidence and shaky scientific foundations.

A New England Journal of Medicine article published last month discusses this problem in depth, reporting that certifying boards, which issue additional credentials for specialists, and state or territorial licensing boards, which issue medical licenses, are attempting to discourage the spread of misinformation that appears to be promulgated by doctors across the country. But despite their best intentions, their powers remain limited. First, certifying boards can revoke credentials from a doctor after having received a complaint of unprofessional or unethical conduct and following a robust process of investigation and hearings, including the opportunity for the doctor in question to share their perspective. Only after this can a medical certificate be temporarily or permanently rescinded.

Second, licensing boards historically had the authority to take disciplinary action against doctors who might be crossing the professional boundaries of what is considered acceptable — with the possibility of a doctor having their medical license suspended or revoked, which indeed is a legal requirement and a prerequisite to practicing medicine in the US.

But this is changing.

In September of 2021, the Tennessee Board of Medical Examiners, which is responsible for medical licensing in that state, issued a warning to doctors notifying them that spreading misinformation regarding COVID-19 could lead to their medical licenses being revoked. Just a few weeks later, Tennessee Governor Bill Lee signed into law legislation that prevents licensing boards from taking disciplinary action against doctors found to be spreading COVID-19 misinformation. Perhaps more concerning, that legislation also protects doctors who prescribe unproven and potentially dangerous medication. As of this writing, both North Dakota and Missouri have also passed similar legislation. More than half of all US states have introduced bills like it.

To make matters worse, there is evidence that the number of doctors spreading COVID-19 misinformation might be on the rise. In all, this means that despite ongoing efforts from licensing boards and other groups, doctors are increasingly being legally protected from spreading misinformation and prescribing unproven therapies, going directly against professional medical guidelines and recommendations.

Collectively, the war against misinformation amounts to a herculean task. This is a result of not only political and legal roadblocks, but also linguistic ones. Indeed, the definition of misinformation itself is sometimes a thorny question, as it has become difficult sometimes  to discern falsehood from truth. In fact, doctors disseminating misinformation often falsely declare that they are the true truth-tellers, and avowing that health care providers in disagreement are actually the misleading or ignorant bunch.

But it is possible to know who is right in the end.

Certainly, it is true that a spectrum of opinion exists, and that healthcare professionals disagree on a large array of things; but this is generally within the boundaries set for by the results of available research studies. Hence, the US Department of Health and Human Services states misinformation is "information that is false, inaccurate, or misleading according to the best available evidence at the time." It is also true that research studies can themselves be wrong — due to flawed methodology, misinterpretation of findings, or plain old fabrication of data (a classic example being the retracted study claiming a link between autism and vaccines). However, a lauded foundation has been built within the medical and scientific communities to minimize such errors as much as is possible while continuing to look for ways of improving. We are only human, and sometimes mistakes slip through the cracks. Moreover, truths may and indeed do sometimes change over time as more information is discovered or we obtain greater understanding about a particular subject.

Nevertheless, an agreement can be reached on what is reasonable and supported by current evidence — thus the contemporary formulation of a medical or scientific truth. This is how medical professionals and scientists consider what "truth" is: a delicate balance that includes thoughtful and intelligent conclusions based on what we know and healthy skepticism of what we do not, falling within a set of sensible parameters.

But who or what sets those parameters? Theoretically, good research studies and the experts most apt to discern them. Yet these are areas often hijacked by those hoping to propagate misinformation, whether conscious of it or not, by questioning the validity of a publication, citing unreliable sources, misinterpreting findings — or, as in the case of Bart Huges, using medical or scientific jargon to add further validity to an idea. Hence, misinformation persists.

Sometimes it is medical professionals who keep alive the torch of misinformation. Simone Gold, who holds both a medical and a law degree, has spoken in support of using ivermectin and hydroxychloroquine as treatments for COVID-19 despite numerous trials showing that they have no clinical benefit. The US FDA at one point tweeted, "You are not a horse. You are not a cow. Seriously, y'all. Stop it," linking an article explaining that one of the drugs, ivermectin, is used to treat or prevent parasites in animals with no evidence that it is useful in the treatment or management of COVID-19 in humans. Gold has also told people to avoid getting vaccinated and that masks have no use, contrary to clear evidence saying otherwise. To this day, she maintains an active medical license. (Curiously, Gold was also involved in the 2021 US Capitol attack.)

Before the internet was invented and came to be a major aspect of our lives, Bart Huges managed to spread his message regarding the unfounded theory of trepanation as a method of enhancing our brains and reaching a higher state of consciousness far and wide, his ideas going so far as to reach pop culture icons. Today, with the facilitated spread of ideas through our digital screens, we are constantly inundated with a wealth of information where doctors can reach multitudes in a matter of minutes. Sometimes, in ways that are harmful.

One might look at this problem of doctors spreading medical misinformation and conclude the most logical solution to this is to train doctors to understand scientific studies better. Certainly, if these doctors knew to how read studies disproving the efficacy of drugs like hyrdoxychloroquine for treating COVID-19, they would relent in their recommending it, wouldn't they? This would mean training doctors to think like scientists — to properly analyze and evaluate the rigor of scientific studies. However, many schools already have this training embedded in their curriculum, with additional assessments during examinations.

In other words, this is a social problem. Even if an institution could implement measures that are known to be effective in reducing medical misinformation, the reality is that doctors are motivated and influenced by so many factors, just like any other individual, that certain strong personal beliefs or significant external influences might trump proper medical judgment in some circumstances despite having had more than adequate training. Thus, making it particularly challenging, if not impossible, to prevent misinformation among medical professionals altogether.

Nevertheless, whether medical misinformation or any other possible wrongdoing has been in error or whether it has been a purposeful act intended to deceive or harm, a system, although not without its faults, has traditionally been in place to assess the situation and take disciplinary action when needed for the benefit of patients.

Thus, such a system plays a critical role in ensuring that medical professionals are practicing medicine according to the most up to date standards for the benefit of their patients and the public. But even the power of the current system in place across states is being actively taken away by legislation leaving the medical profession in an unsettling position.

One of the foundational pillars of medicine is the doctor-patient relationship, which is held up by the trust bestowed to doctors that the information being transmitted by them is accurate and reliable. Unbeknownst to patients, what is ultimately conveyed by some doctors might be influenced, at least in part, by a body of politicians rather than by a group of experienced medical professionals. This should be concerning, not only because of the effects that it may have on patients and the relevance to COVID-19, but because it could set a dangerous precedent for additional legislation with broader scope further limiting the authority of licensing boards. In turn, this makes it even more difficult for state licensing boards to stop medical professionals whose behaviors may be harming patients or have the potential to do so resulting in a breach of trust between doctors and their patients that is so critically important.

Read more on COVID and misinformation:

Edwin Nieblas-Bedolla is a resident physician at the University of Michigan.