Why gas prices are so high, according to history (and no, it's not Biden's fault)

A look back at American gas price increases, the global factors that contributed and the presidents who got blamed 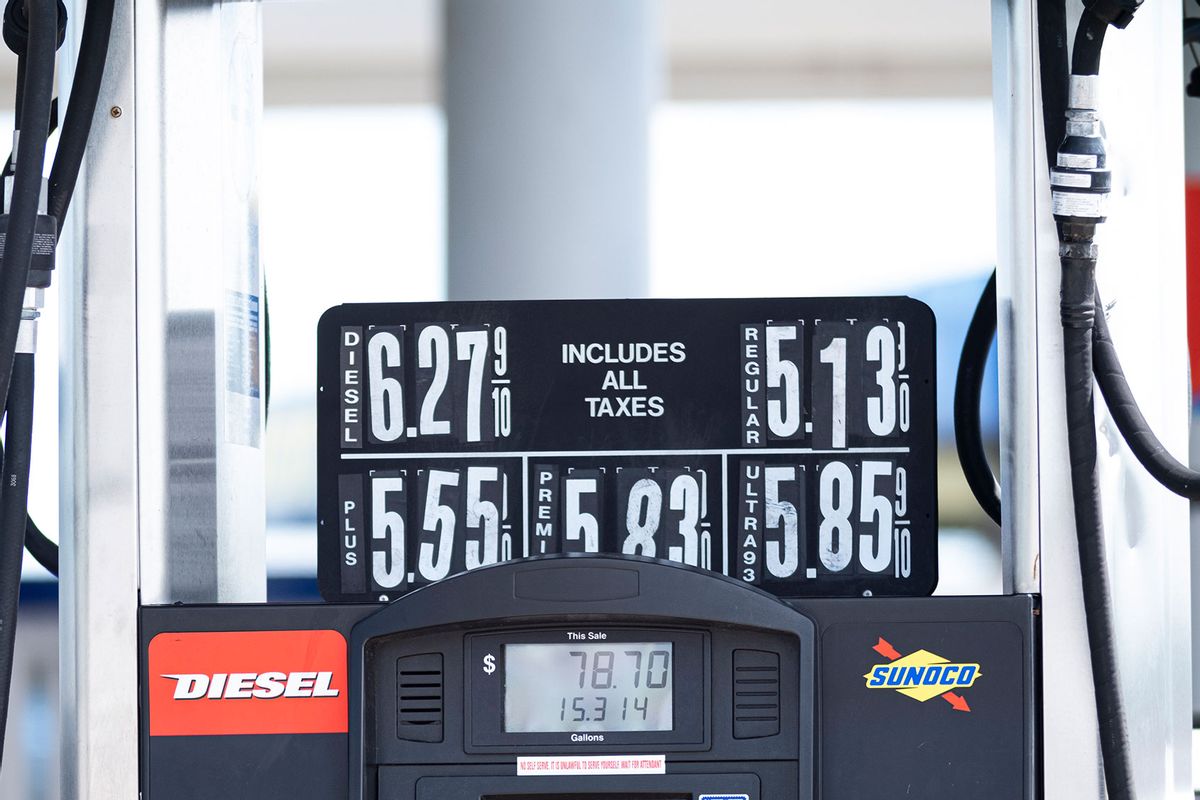 June 11, 2022 in Woodbridge, New Jersey. The costs of petrol, food and other necessities jumped in May, rising inflation in the United States to a new four-decade high. Consumer prices surged 8.6 percent last month from 12 months earlier, faster than April year-over-year surge of 8.3 percent, the US Department of Labor said Friday. (Kena Betancur/VIEWpress/Getty Images)
--

When Jimmy Carter was president in the late 1970s, America faced a crippling energy crisis, and inevitably Carter was blamed for it by the American people. Given that he later lost to Ronald Reagan in the 1980 election, commentators have held ever since that presidents who preside over gas price hikes face political doom — regardless of whether it is their fault.

Yet it turns out that, much as is the case with climate change, the best way to understand gas price fluctuations is as a global phenomenon — one in which the inherently unsustainable way that people continue to live inflicts unnecessary pain on everyone.

RELATED: Joe Biden wants to jump-start solar energy — a great idea, in theory. But will it work?

Let's go back half a century and start with perhaps the most infamous energy crisis, the one prompted by the Yom Kippur War in 1973. Although there had been a series of energy crises starting in the late 1960s due to production peaks and geopolitical tensions, the first significant catastrophe happened after a coalition of Arab states led by Egypt and Syria launched a surprise attack on Israel during the Jewish holy day of Yom Kippur. A number of nations expressed solidarity with Israel, including the United States (under notoriously anti-Semitic president Richard Nixon), and as a result the Organization of Arab Petroleum Exporting Countries (OAPEC) proclaimed an oil embargo against pro-Israel countries.

In addition to causing skyrocketing gas prices during a period of high inflation, the embargo that began in 1973 had a profound policy legacy that continues to provide a rhetorical framework for American energy policy.

"On a policy basis, the embargo — and the oil price/disruption shocks following the Iranian Revolution and the Iran-Iraq War in the late 1970s — created an energy policy framework for the United States built on the dual notions of resource scarcity and growing demand (as well as increased concern about undue import reliance) that has been memorialized in legislation and regulation over the past 40 years," writes Frank A. Verrastro and Guy Caruso of the Center for Strategic and International Studies. "Every U.S. president since Richard Nixon has committed the nation, at least rhetorically, to energy independence."

Much as is the case with climate change, the best way to understand gas price fluctuations is as a global phenomenon.

Sometimes internal affairs in one Middle Eastern nation could send shockwaves throughout the petroleum-consuming world. After strikes broke out in Iran's oil fields as part of a larger revolution in 1978 and 1979, crude oil production plummeted by an amount equal to roughly 7% of world production at that time. Gas prices surged and Americans, scarred by interminable lines at the gas station pumps, turned out Carter and replaced him with Reagan. Shortly thereafter the Iranian revolution calmed down and Americans were treated to roughly two decades of comparatively stable gas prices.

By the time the 21st century rolled around, there were an entirely different set of variables leading to gas price increases. Economic growth in China and India was fueling demand for gasoline in those nations and for a while gas prices seemed poised to reach Carter-era heights, but gas prices cratered in late 2008 as part of the larger trend of economic collapses accompanying the onset of the Great Recession.

If all of this seems arbitrary, there is one key common theme: Gas prices in the United States are inextricably tied to international events entirely outside the purview of any president, whether Carter or Joe Biden. And this brings us to the causes of the current gas price increases: You can start with the COVID-19 pandemic, which caused crude oil prices to drop as demand fizzled and is now causing a surge as production strains to keep apace of consumption (and particularly demand in nations like China, which is ending its lockdown). Russia's oil exports have been significantly reduced due to that nation's invasion of Ukraine, and the subsequent blowback from the international community. Finally, while demand for gas has increased, it is still not back to the levels that existed before the pandemic.

Much like the climate, gas prices exist in a complex and planet-wide system in which it is virtually impossible for any single American official to significantly alter what happens. Even as Biden calls on Congress to suspend the federal gas tax, it does little more than nibble at the edges of the problem.

"He has no real effect on world oil prices," Christopher Knittel, an energy economist at the Massachusetts Institute of Technology, told USA Today. He later added, "Even the things he has already done and has suggested are short-term, marginal impacts on the price of gasoline. It's hard for Americans to see this, but the world market is so big and so vast, it's hard for even a big country and an economic powerhouse like ourselves to have a large impact" on gas prices.