The fall of Boris Johnson: A moment of reckoning for Machiavellian politics? 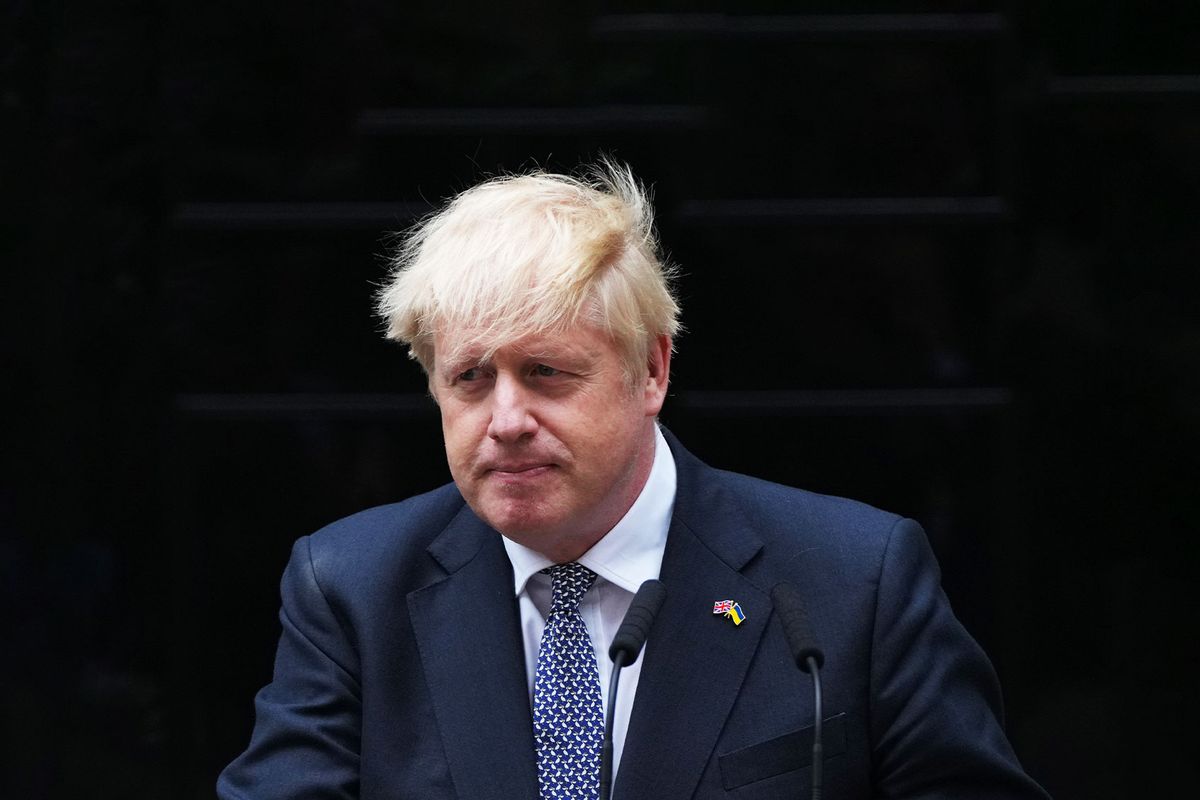 Boris Johnson's resignation as British prime minister is not just a portentous political event. His time in office — and the nature of his departure — throw up vital questions about democratic values and institutions.

Blaming the failings of an entire political culture on the moral deficiencies of one leader might make us feel righteous, but most of us know that the rot goes rather deeper than one flamboyant character. The fall of Johnson could be taken as a historical juncture to be built upon — and not just in the U.K.

RELATED: So what the hell happened to Boris Johnson — and can it happen to Donald Trump?

Some have argued that the political debate preceding the Brexit referendum was a nadir; that public hopes and fears were cynically exploited by politicians who did not even believe the substance of their own messages. Johnson's premiership fell because it seemed to recognize no distinction between what is true and what is politically expedient. Once that distinction ceases to matter, democratic discourse becomes unsustainable and political communication becomes a matter of permanent decoding.

Integrity depends upon binding structures, such as codes of conduct and ethics committees. It also relies on a cultural commitment by politicians and citizens to call out intentional deceit, corrupt practices and hateful speech. The fall of Johnson is a good moment for explicit reflection on how far any democracy is prepared to tolerate, and even reward, Machiavellian tendencies.

The Johnson years highlight the important difference between a popular government and a government making meaningful difference to its people. Too often, attention-grabbing "red-meat" solutions have been proffered in response to intractable challenges. Flying refugees to Rwanda or declaring Brexit "done" may have made for ephemerally forceful headlines and opinion poll effects, but they are typically merely symbolic and often dangerously counterproductive.

Governing takes time and thought. And it calls for honest appraisal, followed by serious efforts to fix what does not work well. This is quite different from government by propaganda whereby every manifest failure is described as a success and critics are sidelined or mocked.

Parliaments, which are supposed to hold governments to account on behalf of the public, need to assert their power. The British Parliament may have acted to remove a prime minister who looked like an electoral liability but a more important role for Parliament to play is to challenge policy proposals that are clearly not thought through or are offered as mere crowd-appeasing gestures.

The Johnson government was far from unique in having promoted a number of simplistic policies. It was, however, perhaps unprecedented in its willingness to flirt with the policy rhetoric of populism.

Better discourse surely involves paying attention to the ways in which our current media ecology too often rewards the loudest, most contentious demagogues and enables politicians who know how to capitalize on the worst practices of the journalistic trade.

Oxbridge politics in a changing world

A final, important matter is how to bring a much wider range of voices and experiences into democratic politics. Recent events in the U.K. have included a damaging lobbying affair and multiple revelations of political figures breaking their own lockdown laws during the pandemic. Further, Johnson's end came in the immediate wake of accusations of serious sexual misconduct against a senior figure in his government.

These might all have attracted a degree of weary popular interest in the Westminster soap opera. But the overall effect has surely been further erosion of the electorate's already low trust in politics, fueling renewed motives for disengagement.

The end of any leader's career is an opportunity to reflect on what expectations we have of our democratic representatives. During Johnson's tenure, too much time has been spent discussing what the British public is willing to put up with. Johnson will soon be gone from Downing Street. The question instead should be what do the people want next — and how can they make it happen?

Stephen Coleman is a professor of political communication at the University of Leeds.