The actor requested the song be played outside Parliament to ridicule the exit of the disgraced U.K. prime minister 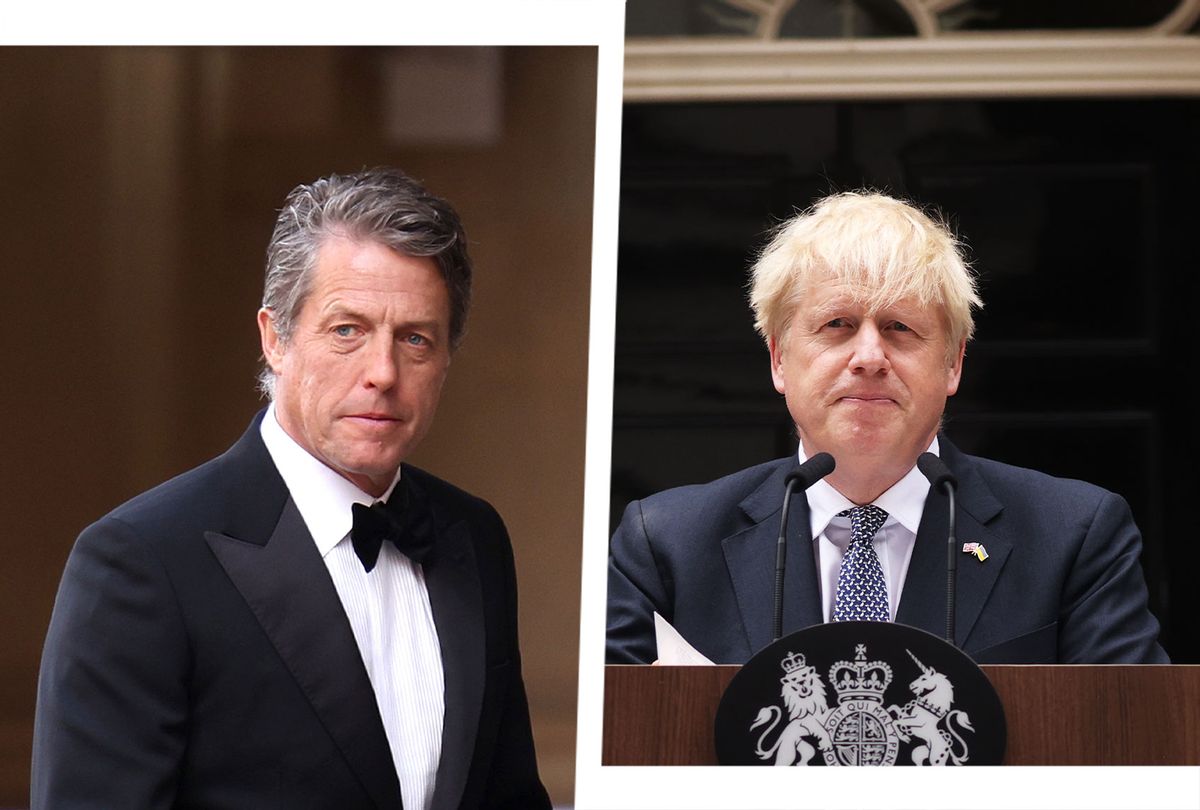 British Prime Minister Boris Johnson officially announced his resignation on Thursday following the recent departures of his government ministers amid a string of political scandals and catastrophes. The news was met with widespread celebration and a goofy soundtrack, courtesy of Hugh Grant.

RELATED: So what the hell happened to Boris Johnson — and can it happen to Donald Trump?

Earlier that day, the actor, who plays a fictional U.K. prime minister in the 2003 rom-com "Love Actually," asked activist and Anti-Brexit campaigner Steve Bray if he could blast "Yakety Sax" — aka the iconic theme song for the slapstick comedy "The Benny Hill Show" — outside the British Houses of Parliament. The wacky tune, which frequently accompanies the protagonist's ludicrous escapades, is now a stand-in soundtrack for clownery and tomfoolery.

"Morning @snb19692," tweeted Grant. "Glad you have your speakers back. Do you by any chance have the Benny Hill music to hand?"

Lucky for Grant, Bray had the song at his disposal and made sure to play it at full volume for all to hear. The audio can even be heard in the background of a few British news broadcasts, which went viral on social media: