How Hugh Grant's charming villain who plays the victim embodies 2020

"The Undoing" finale may have left us cold, but Hugh Grant's villain compels because he's an evil that fools us 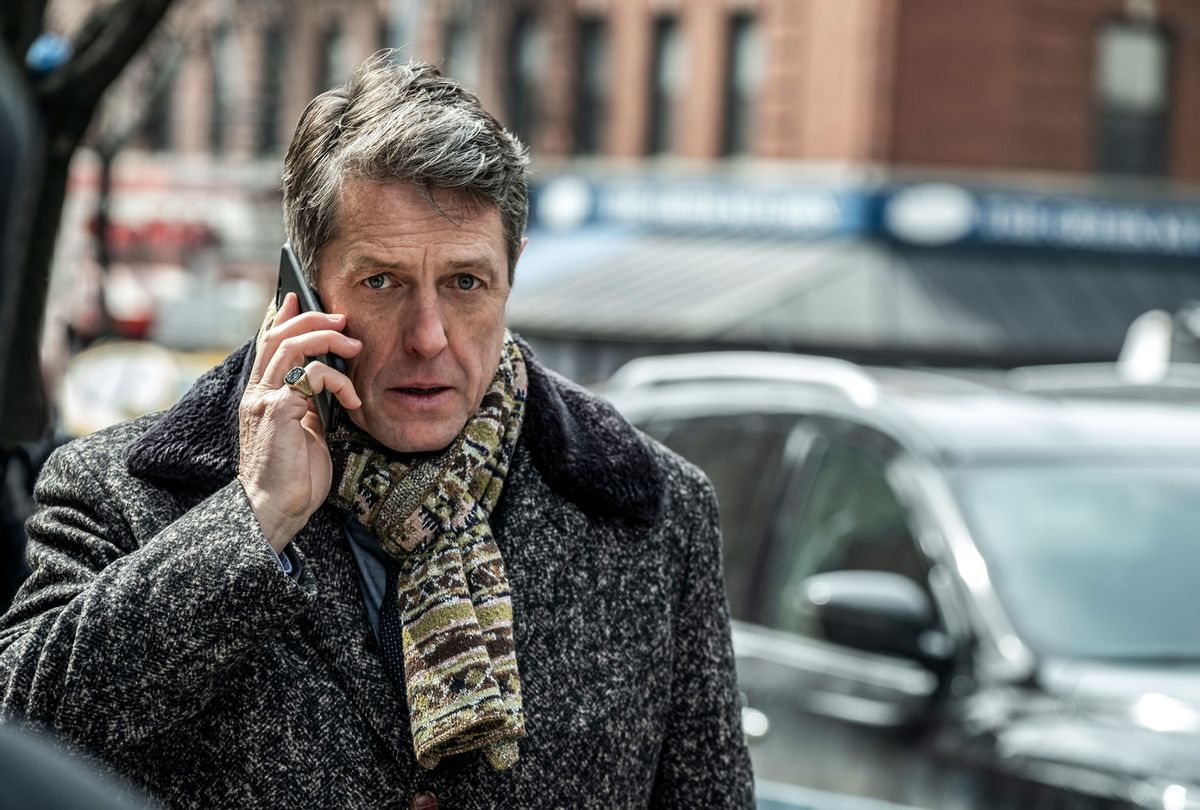 The following contains spoilers from the finale of HBO's "The Undoing." If you haven't watched it yet, check out Salon's review.

The devil almost always wears a handsome face. Ever notice that? Evil itself is ugly, and villainy tends to be unattractive, but the boss of it all makes it a point to look good. That's how he snags you. It also struck me while watching the finale of "The Undoing" that if the devil had a favorite mask, it probably looks like Hugh Grant and acts like his character Dr. Jonathan Fraser, a well-respected and very wealthy pediatric oncologist living in Manhattan.

In "The Undoing" creator David E. Kelley makes Jonathan's guilt or innocence the central mystery. Jonathan is introduced as the charismatic, doting husband to Nicole Kidman's Grace Fraser and demonstrates tremendous care and affection for his son Henry (Noah Jupe). His community loves him. Grace adores him.

Nevertheless, the fact that he's played by Grant – TV and film's go-to rake in recent years – you may suspect he's at least guilty of something. And you'd be right.

Not long after a gorgeous young mother at Henry's school turns up dead, Jonathan disappears. The police find a connection between the woman and Dr. Fraser not long after that. Jonathan swears his innocence, of course, because that's what handsome devils do. The first line of defense he offers to Grace is, "Here's what happened: I had an affair."

Since he's rich, people are inclined to believe that's all it was. He gets on TV to plead his case. Grace stands by him even as his story starts to fall apart, piece by piece, proving to be as breakable as their marriage.

"The Undoing" is designed to be a showcase for Kidman, which aligns with the central focus of Jean Hanff Korelitz's 2014 book "You Should Have Known," which Kelley loosely adapted to make the series. But Grant seized our attention in an outsized fashion with his performance – not necessarily because it was brilliant but due to what it represents. Grant's Jonathan may be the zenith of his filmography's rogues' gallery section because through him, the actor gives us an all-too-familiar avatar of white male privilege in the modern age.

The "I had an affair" line, by the way, is memorable because Grant stammers it out in a way that's both ridiculously casual and blunt. He delivers it in a deadly serious scene but says it in way that borders on comedic. This is not a badly acted moment but rather the first example of bad faith on Jonathan's part.

Taken as one part of a whole – which is to say, a man who confesses to the least of his crimes against his wife and son to convince them to shelter him from paying for the much great crime of murder – it's such a quintessentially Grant moment that you can't help but love it.

In recent years the actor has admitted that the antagonists roles he's been getting lately more closely approximate his actual personality than those dreamboat Romeos ever did. This doesn't mean he's an actual sociopath (although years ago, Jon Stewart banned him from appearing on "The Daily Show," calling him his least favorite guest. "And we've had dictators on the show," Stewart quipped). But he does cop to his curmudgeonly demeanor and like many famous performers he enjoys letting his dark side out for the occasional sprint.

But Grant is one of a handful of actors who could convincingly play Jonathan Fraser because Jonathan appears to be a mature version of one of Grant's early cinematic "types": he's clever, charming and hard-working, and it's obvious Grace is the one who came into the marriage with money. He looks stunning in a tux and has a boyish sparkle about him, wearing his upper-crust accent without fuss.

His narcissistic malevolence soon gets the better of him. Still, the audience buys him as the face in his bout with the legal system because he fits a type that Grant himself helped create, and that creation fools the audience constantly.

Who knows whether the actor's Richard Curtis films exist in the world of "The Undoing"? Supposing they didn't, surely there would be some figure fulfilling the part of the swoon-worthy romantic lead – a mild-mannered, chivalrous stud who says "whoopsie daisies" unironically and doesn't believe love will ever be in the cards for him until it shows up on his doorstep in the form of Andie MacDowell ("Four Weddings and a Funeral") or Julia Roberts ("Notting Hill").

This time of year, Grant will turn up in the inevitable holiday airings of "Love Actually" and "Bridget Jones' Diary," the former of which continues his love interest casting streak, the latter featuring his transition into jerkdom. It's a safe bet we'll also get a chance to marvel at his tap-dancing baddie Phoenix Buchanan in "Paddington 2."

All of these parts and others conspire to make Jonathan particularly loathsome and magnetic at the same time, because in him Grant creates a man who so excels at playing the victim and the aggrieved party that you almost want to believe someone else did it, until it's positively clear he's guilty.

Grant's oeuvre has trained us to expect Jonathan to be a man who steals your heart as mercilessly as he'd stab you through it. This also makes his deflection and misdirection through most of the series' episodes all the more sinister, since he allows suspicion to be cast upon the people to whom he caused the most pain – the husband of his victim, his own wife, even his child.

"The Undoing" was a must-watch for many over these past few weeks, but that doesn't mean it was great television. If anything it was a premium distraction enjoyed more for its lunacy and seductive fashion than the quality of its storytelling, a very pretty and ultimately weightless tale about one-percenter problems.

The finale's twist was . . . there was no twist. Jonathan was the prime suspect from the jump, and Jonathan actually committed the crime – shown in the last minutes in all its skull-crunching ghastliness as a cutaway between scenes of father coaxing his son to sing along with him during their doomed road trip.

The finale closes with father and son pursued by the law and halted on a bridge where Jonathan gets out of the car and rushes to the side, threatening to jump. The boy pleads with his father not to run from the inevitable, to acknowledge his case is lost despite his insistence of innocence, that he should be winning. "The Undoing" ends there, so we don't see the defense rest, the jury returning with its verdict or any rendering of judgment.

This leaves the door open for a second season, but I hope the story ends right here, leaving us at this point of ambiguity.

Justice may have Jonathan dead to rights, but if the modern world tells us anything about devils like him it's that they can charm their way out of anything.

All episodes of "The Undoing" are available on HBO Max.