What the heck is a "napron"? The linguistic history of the kitchen's most stylish accessory 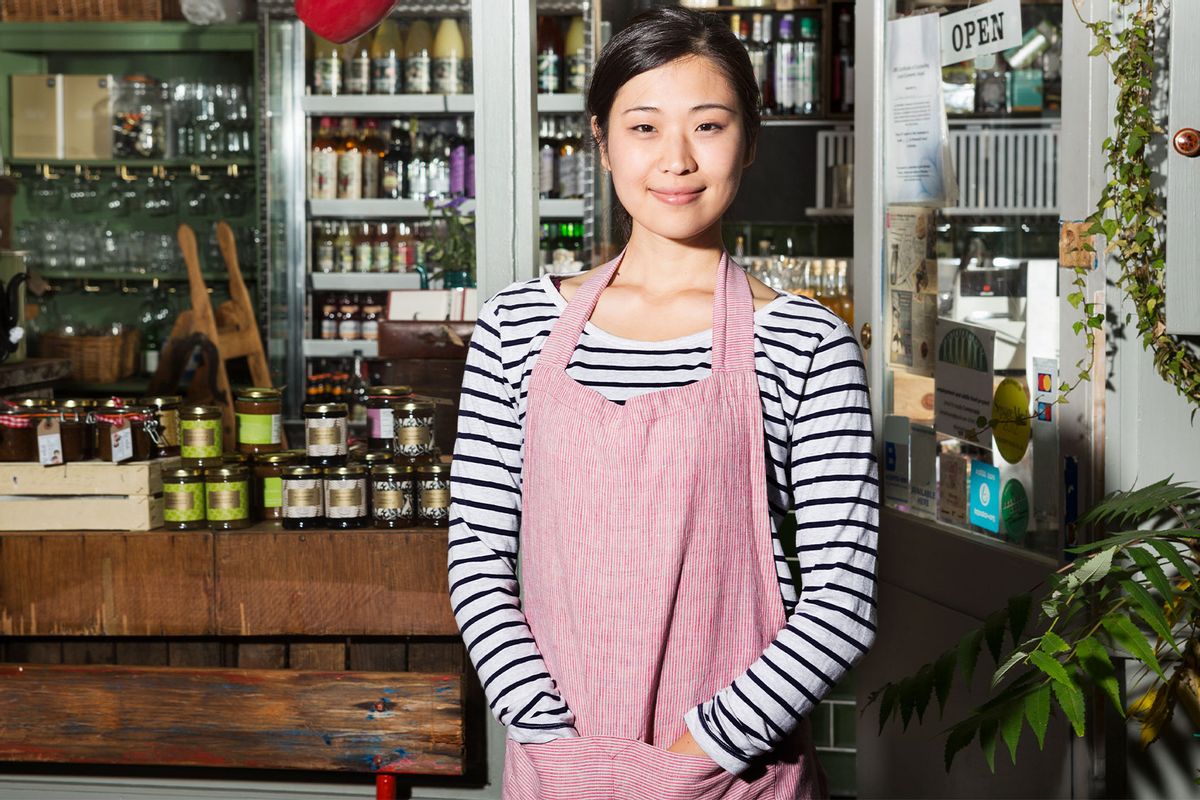 For whatever reason, I've never been an apron wearer. For many — primarily bakers, bread makers and pastry chefs — an apron is a necessity, a sure guard against errant splashes, stains and unpredictable messes that have the potential to assail your clothing. It's a prerequisite to secure prior to engaging in a culinary exercise in the kitchen. For those people, an apron is a non-negotiable. For me, it's an elective, and one that I opt to ignore. (I received an apron for Christmas a few years back, wore it that day whilst making Christmas dinner and promptly never used it again.)

A few summers ago, a former colleague shared a fun etymological fact with me, thinking that I'd appreciate it as a grammarhead (a term I think I just coined) and cooking aficionado. He was right — I did appreciate it.

He told me that once upon a time, the apron was conceived in order to ensure that common kitchen detritus wasn't strewn haphazardly on expensive clothing and accessories. In addition, he said, fascinatingly enough, that the original nomenclature was actually "napron."

As time went on and people casually referred to "a napron," the terminology skewed, the spacing shifted and the pronunciation changed, along with the word itself. The "n" detached itself from the "-apron" and instead joined up with the indefinite article "a" — resulting in what we now call "an apron" today. The rest is history.

It was definitely a fun bit of trivia, but years later I found myself asking if the tale was . . . real? Or if it was a fabricated little story that evokes a cool "neat" and a slight smirk? I looked into the history of the word to find out.

According to the historic picture and photograph archive Look and Learn, "in old English, the words orange, adder, and apron all began with the letter n, and so were spelt narenge, nadder, and napron." Napron hails from the French word naperon, which is an iteration of "nappe," or "a little cloth." This word is also the root of nap-kin, which also means "little cloth."

As grammar and phonics shifted through time, words that originally began with "n" were modified and adjusted. Eventually, they lost their "n" and whatever the second letter was — which in 99% of cases was a vowel — became the first. This phenomenon, according to the linguistic dataset and translation producer E2F, is called faulty separation, wrong division, redivision or rebracketing. Meanwhile, Merriam-Webster calls it false division or mis-division. (There's something meta about the fact that this etymological device goes by a slew of different names.)

It doesn't always apply to words that start with "n" with a second-letter vowel. It can also extend to any word that is modified in some manner over time, such as ham-burger, which was once hamburg-er. However, at a certain point, these words in their new form are — at least for a period of time — cemented in our everyday language. As Mental Floss notes, by the 1600s, the "n" had been effectively and widely dropped, resulting in what we still today deem "an apron."

No matter the nomenclature, an apron can be a widely used piece of kitchen apparel. Maybe wear one next time you make my classic (though impossibly crispy) chicken parm? Or perhaps you could don one before making an entire Italian-themed feast? Use it to avoid splatters from delicious sauces like salmoriglio or just plain red sauce. Guard your clothing while making my signature tetrazzini. And it's a must when tackling chicken with creamy tomato gravy.