Nostalgic for Kudos? Here's a copycat version of your long-gone lunchbox favorite 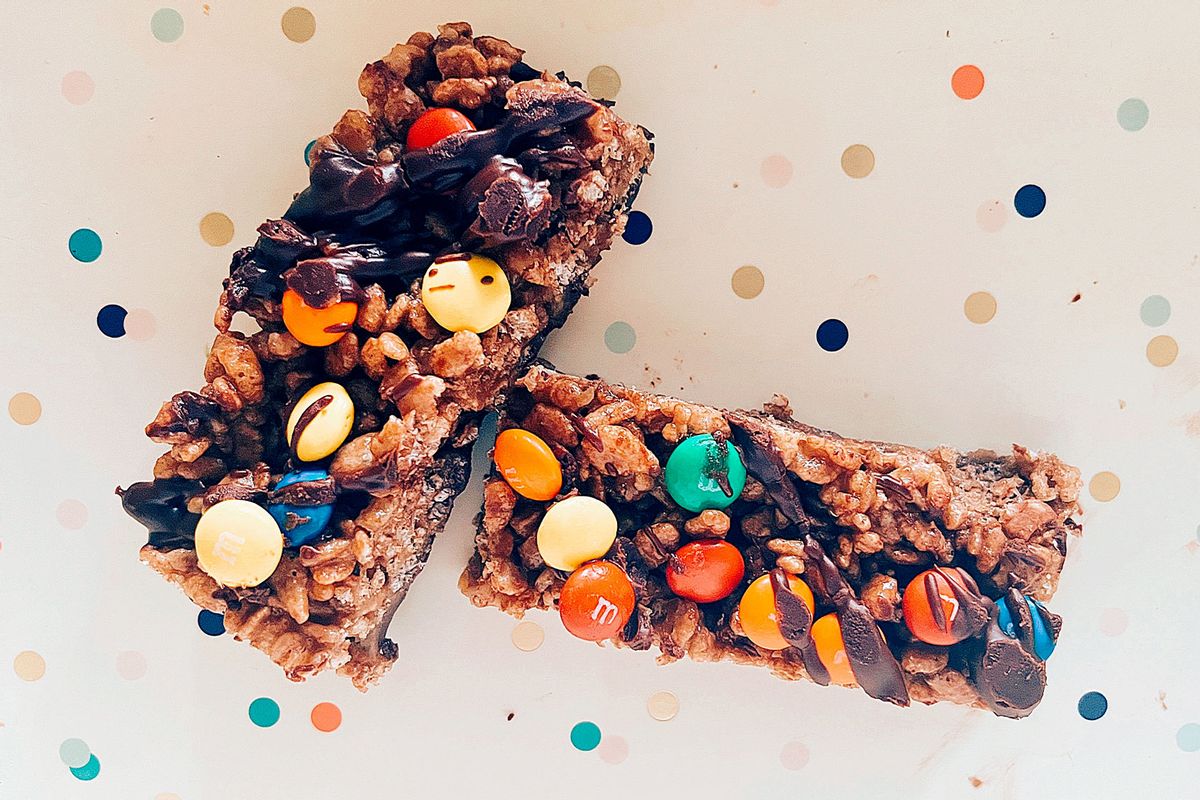 The things that tie us to our small, innocent selves are truly never forgotten — but they do get lost. After all, even if you could find the old, metal-lidded pudding packs of your youth on eBay, what would you do with them? Lost toys can be found. Lost flavors are harder to come by.

If you Google the phrase "Kudos recipe," you'll get 7,400,000 results. I've perused at least half of them. Like pretty much every American over the age of 30, my nostalgia for the discontinued granola bars of yesteryear is profound.

Turn your leftover candy into this 3-ingredient granola

My first love, however, was the Kudos predecessor known as the Carnation Breakfast Bar. Phased out in the early '90s after a respectable 20-year run, the Carnation Breakfast Bar wasn't in the least bit chewy. It wasn't crunchy either, which distinguishes it to this day from the two dominant types of snack bars on the market. Rather, it was a nutty, oaty, perfectly crispy thing. Think Kit Kat, but cereal.

I can't express my feelings for it any better than writer Todd Leopold, who lamented for My Recipes back in 2018 that "I miss them to my core, and I am not alone in this." I recently attempted a knockoff recipe, and while it was quite good in its own right, it didn't strike that Proustian chord of recognition in my heart.

But Kudos, I'm happy to report, aren't too difficult to recreate. First released in 1986, Kudos were basically candy bars that you could convince your parents (or yourself) were a "healthier" choice to carry around than an actual Snickers. They were officially discontinued in 2017 — just long enough ago to create a real pang when you think about them. There's still a hole in the bottom of my purse where at least one emergency bar used to rattle around.

I don't think it's just my own wistfulness that makes these recreations so darn good. The texture is delightful, and the alchemy of peanut butter and M&Ms is tough to beat. A homemade version, of course, lacks the convenience or flash of a lunchbox treat. It does, however, come pleasingly close in the flavor department.

To maximize the peanut butter filling and chocolate base effect, I've cobbled this recipe together from two different sources, along with Chrissy Teigen's chocolate shell technique. Untraditionally, these bars have dark chocolate and big, regular-sized M&Ms because you file taxes now — and I think you deserve it.

See? There are, in fact, some advantages to growing up.

about our favorite copycat recipes