Taco Bell is bringing back the Mexican Pizza, but we have an easy homemade recipe if you can't wait 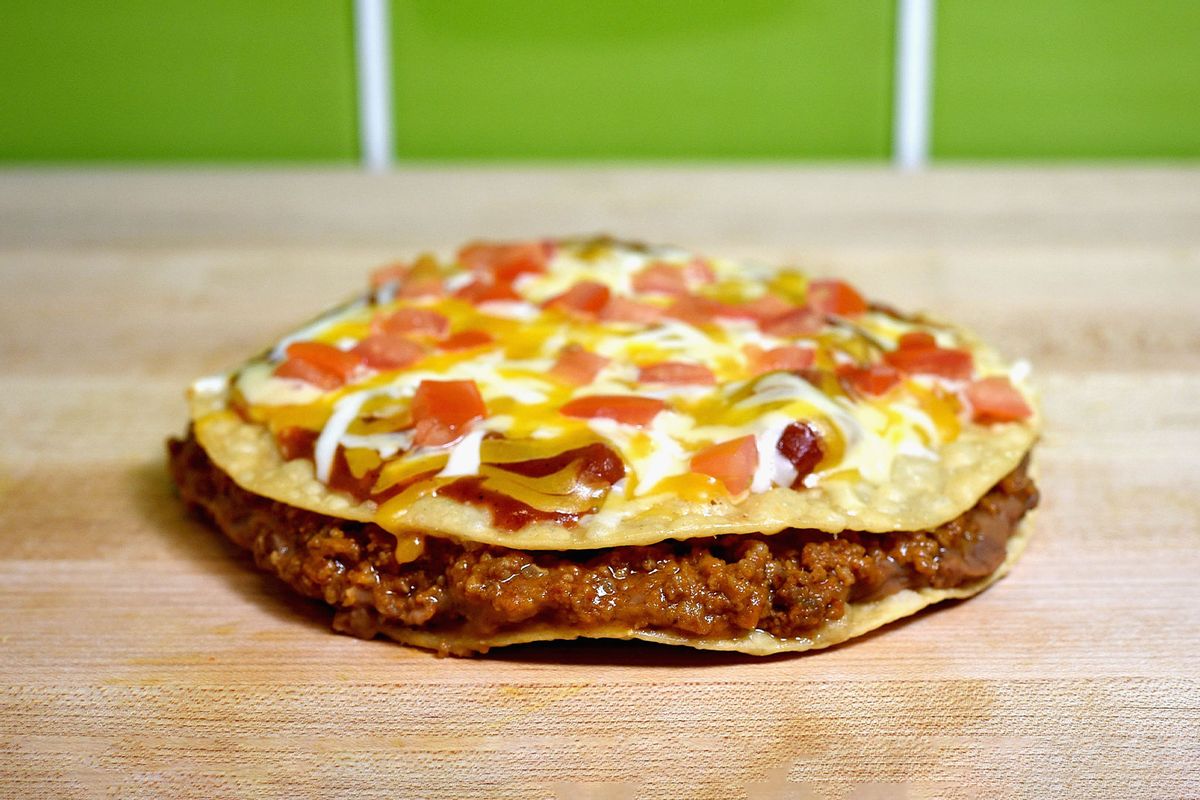 Fellow Mexican Pizza fans, rejoice! Taco Bell has announced that the cult-favorite menu item is returning to the chain after a 17-month hiatus — this time for good.

Taco Bell Rewards Members will have first access to the Mexican Pizza beginning on May 17, followed by a general release in stores two days later, according to a press release issued by the company.

The lead-up to the re-release has been a lengthy affair marked by petitions, memorial services and some well-publicized back-and-forth between the company and Mexican Pizza superfan Doja Cat. As such, it's no surprise that the Grammy Award winner was first to announce the news during her weekend set at Coachella. "I brought back the Mexican Pizza, by the way!" she declared.

According to Taco Bell CEO Mark King, the chain's menu is full of fan-favorites, but the "Mexican Pizza is at the top of that list."

"From its flashy introduction to menus in 1985 as 'Pizzazz Pizza' to its inspiration behind the creation of infamous jingles, Mexican Pizza has a long history with the brand," King said. "I'm glad we could give fans what they crave and bring our classic Mexican Pizza back home where it belongs."

Thanks to its inherent customizability, the Mexican Pizza grew to be a truly beloved menu item. It generally consists of layers of seasoned ground beef and beans sandwiched between two tostadas topped with melted cheese and tomatoes. Many vegetarians and vegans, however, appreciate the menu item because it's easy to leave off the meat and cheese and still have a delicious, portable drive-thru snack.

"Like many Indian-Americans who grew up vegetarian, we had limited access to the 'fun' fast food, so Taco Bell became a bridge to belonging in American culture for many kids like me who grew up in immigrant households," said Krish Jagirdar, the organizer of the Change.Org petition to bring back the Mexican Pizza. (For the record, the petition gained nearly 172,000 supporters.)

Jagirdar continued, "That's what made it especially devastating when the Mexican Pizza was pulled from menus in 2020, but fast forward two years later and I found myself on a conference call with the Taco Bell team as they shared news of the return of the Mexican Pizza, showing that listening to their fans is clearly embedded in their DNA. It's one of the many reasons Taco Bell is more than just another fast-food restaurant."

This isn't the first time in recent history that a fast-food corporation was swayed by fans' pleas to bring back a discontinued menu item. McDonald's recently announced that — for only the fourth time since 1998 — it would bring back its popular Szechuan nugget dipping sauce. Though the sauce was originally released as part of a promotion surrounding the original "Mulan" Disney movie, it gained a certain cult status after being referenced in the series "Rick and Morty."

Can't wait until May to get your Mexican Pizza fix? Salon Food has you covered with our copycat recipe for making your own, entirely customizable Mexican Pizza at home. It hits all the same notes as the drive-thru version — except you won't even have to leave your kitchen!

Simply brown ground beef and flavor it with the taco seasoning of your choice (you can actually snag Taco Bell-brand seasoning online!). Layer it over Taco Bell refried beans (or your favorite store-bought brand) on top of pan-fried flour tortillas. The toppings are, of course, up to you, but we're partial to cheese, chopped tomatoes, scallions and a little bit of enchilada sauce.