“They’re waiting for the Eiffel Tower to melt”: “The View” blasts Joe Manchin on climate inaction 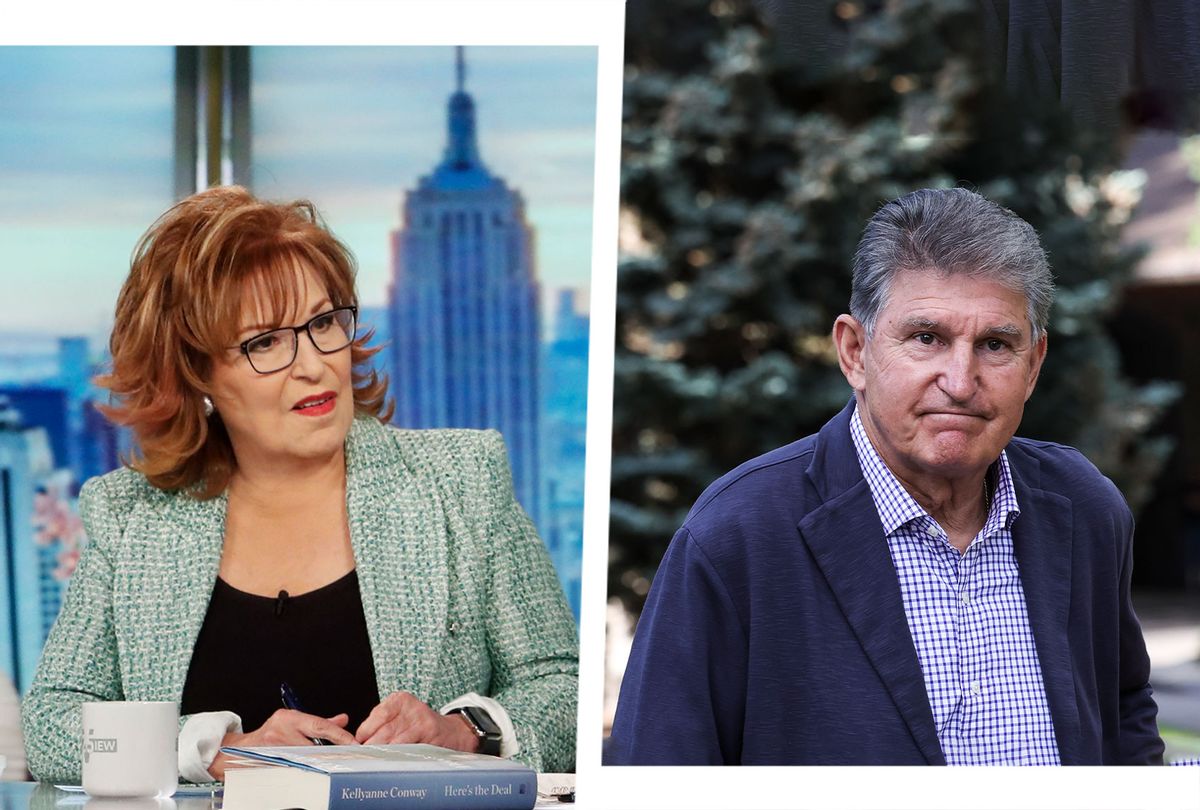 As President Biden considers an emergency climate declaration, "The View" took on climate change. Many parts of the world have been enduring record high temperatures, including a heat wave in Europe that has turned deadly, scorching temperatures in Texas causing power outages and worse, and dangerous waves in Hawaii.

After expressing disbelief that more hasn't be done to stem the disastrous impacts of climate change, the hosts turn quickly to some of the reasons for the delay in action. Co-host Sara Haines blames "dirty money," energy companies and especially Senator Joe Manchin (D) from the "coal-producing state" of West Virginia.

She cites the millions of dollars of political contributions by the nation's largest oil and gas companies while fellow co-host Sunny Hostin points out specifically that "80% of oil and gas donations went to Republication candidates over the past 30 years," adding, "I don't think the Republican party is in a position to tout their clean energy platform" because they don't have one.

Sanders calls out Manchin: He only "represents the very wealthiest people in this country"

Hostin describes Manchin as being "in the pocket" of the oil and gas industry and brings up the disparity of Manchin, who chairs the Senate Committee on Energy and Natural Resources, being one of the richest senators in the country while the state he represents, West Virginia, is one of the poorest. "He's been co-opted."

Co-host Joy Behar adds, "We're in trouble because of Manchin and because of people like him in the Republican party," bringing up how Manchin has consistently voted for overblown military budgets while ignoring the climate crisis. Behar says other countries are to blame as well, including the president of Brazil's quick razing of rainforests, China's polluting and the bizarre climate change denial of Putin.

The majority of the hosts express concern and urgency over the rapidly worsening climate crisis while guest host Lindsey Granger seems to downplay the issue and politicians like Manchin's part, saying "there has been growth" in talking about climate issues. The "entire [Republican] party is not a monolith," Granger says, while asserting: "People need to continue working."

But other hosts like Behar insist it's past time for change. "I feel as though the world is on a suicide mission with climate change. And between the guns and the climate, we are in trouble . . . They're waiting for the Eiffel Tower to melt."