"Unfit for human consumption": 5 things to know about the Skittles lawsuit over titanium dioxide

When Americans eat Skittles, are they tasting more than just the rainbow? 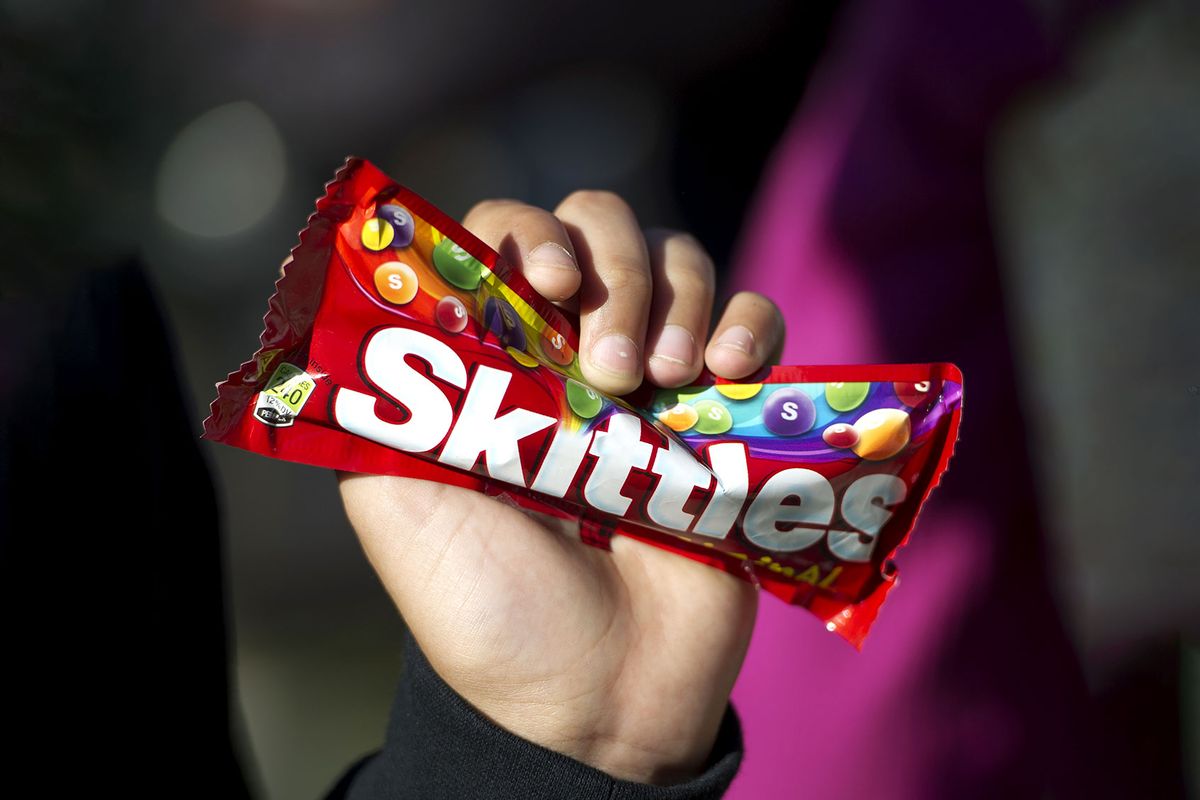 When Americans eat Skittles, are they tasting more than just the rainbow?

A new lawsuit alleges that U.S. consumers may be eating a potentially carcinogenic additive that makes them "unfit for human consumption."

A California man named Jenile Thames — as well as additional plaintiffs — claims that Skittles are "unfit" to eat because they contain an inorganic substance called titanium dioxide, which was banned in Europe after a scientific opinion said it "can no longer be considered as safe when used as a food additive."

Here are answers to five burning questions about the lawsuit, including how titanium dioxide is used in the context of candy making:

What does the Skittles lawsuit allege?

The bulk of the Skittles lawsuit centers on Thames' claims that the current packaging of the candy makes it difficult for consumers to know what they're actually consuming.

"Defendant relies on the ingredient list which is provided in minuscule print on the back of the products, the reading of which is made even more challenging by the lack of contrast in color between the font and packaging," the lawsuit claims.

It continues, "[N]either before nor at the time of purchase does defendant notify consumers like plaintiff that the products are unsafe to consumers, contain heightened levels of titanium dioxide and should otherwise be approached with caution."

Because of this, Thames wants to sue Mars, the parent company of Skittles, for fraud of omission. Furthermore, according to the plaintiffs, Skittles are anomalous because many other brightly colored candies in the U.S. market — like Nerds, Sour Patch Kids and Swedish Fish — don't contain titanium dioxide.

What is titanium dioxide?

Pigment-grade titanium dioxide, which is also called TiO2, is prized for its bright, matte-white color, and is frequently used in cosmetics, as a paper coating, and in the case of Skittles, as a blank canvas on which candy makers can add bright pops of color.

It depends on whom you ask. In 2016, Mars announced in a press release — which has since been removed or made unavailable from its website — that it was committed to removing potentially poisonous nanoparticles of titanium dioxide from its food products over the next five years.

In response at the time, Jaydee Hanson, a senior policy analyst at the Center for Food Safety, wrote, "We are pleased to see that Mars has taken a positive step toward eliminating toxic, unnecessary nanomaterials from its line of food products. We urge the company to speed up the removal of these additives, especially given the grave health concerns associated with titanium dioxide and other nanoparticles."

Hanson continued, "Studies have shown that the human health risks associated with ingesting nanoparticles of many common food additives far outweigh any utility for producers. There are plenty of non-toxic alternatives available and we urge MARS and others to commit to not using any engineered nanomaterials in human and animal food products."

In 2019, France banned titanium dioxide in food products, prompting the formula for Skittles sold in that market to be changed. Earlier this year, the European Union barred the use of titanium dioxide as a food additive.

"Taking into account all available scientific studies and data, the panel concluded that titanium dioxide can no longer be considered safe as a food additive," Magged Younes, the chair of the European Union Food Safety Authority's expert Panel on Food Additives and Flavourings, said in a May 2021 news release. "A critical element in reaching this conclusion is that we could not exclude genotoxicity concerns after consumption of titanium dioxide particles. After oral ingestion, the absorption of titanium dioxide particles is low, however they can accumulate in the body".

The U.S., however, has yet to follow suit. As the Los Angeles Times reported, the U.S. Food and Drug Administration (FDA) has approved of the use of titanium dioxide since 1966 — as long as it doesn't exceed 1% by weight in foods. Its use as a food colorant was upheld by the FDA as recently as March 29.

Has Mars responded to the allegations?

As of publication, Mars had not responded to a request for comment from Salon Food. In a statement to Today, a spokesperson for the company said, "While we do not comment on pending litigation, our use of titanium dioxide complies with FDA regulations."

What's next for the case?

The lawsuit, which was filed late last week in the same court that is currently weighing a lawsuit over Subway's "100% tuna" claims, is still in its earliest stages. The suit could meet the same end as other "food fraud" cases that are dismissed almost immediately, such as when another California man tried to sue Krispy Kreme for not including real blueberries in its blueberry doughnuts.

The lawsuit may result in Mars actually changing the formula of Skittles to exclude the use of titanium dioxide, which has already done in parts of Europe. However, it's still too early to know how the company will ultimately respond.

Regardless, the plaintiffs currently seek compensatory, statutory and punitive damages, "including monetary compensation for all U.S. Skittles customers included in the class, along with injunctive relief, including the requirement that Mars add full disclosures of their use of TiO2 moving forward."

about all things Skittles