Ted Cruz says his pronoun is "kiss my ass" 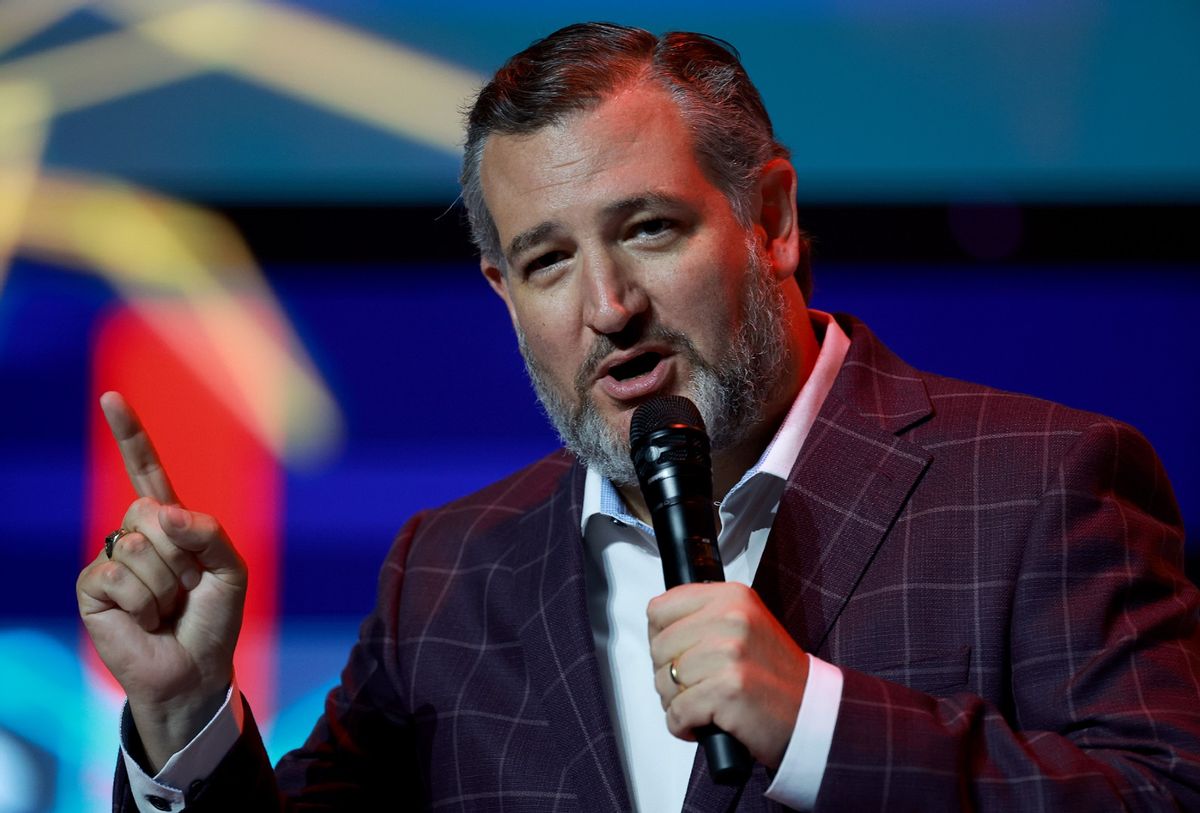 During a speech given at the Turning Point USA Student Action Summit, which kicked off on Friday night in Tampa, Florida, Sen. Ted Cruz (R-TX) told attendees that his pronoun is "kiss my ass."

In Creative Loafing's preview coverage of the summit they mention that a protest organized by Women's Voices of Southwest Florida, Florida For Change and Tampa Bay Community Action Committee is planned to take place during Saturday's events, which feature a speech from Marjorie Taylor Greene. The groups are asking people to gather at the Downtown Convention Center in Tampa, where the event is being held, to voice their collected views that the TPUSA is "fascist."

Cruz took to the stage during Friday's event kick-off and began his speech with a lively roar, positioned in the middle of a ring of smoke machines.

"I'm told that there's a dangerous bunch of radicals gathered in Florida seeking to peacefully overthrow a Communist government run by imbeciles and nincompoops, and so God bless each of you" he said in his opening.

"We are gathered at a time of extraordinary challenge," Cruz continued. "I wanna say two things to you today in a word of encouragement. I'm here today to encourage you, to bring a word of hope. The first thing I wanna say is America is in crisis. This is not normal. We have a president who shakes hands with the empty air. We have a president who talks to the Easter Bunny . . . This is nuts."

The second of the two words of encouragement from Cruz was that "revival is coming."

"All over this country people's eyes are opening up and they realize, this is a mess," Cruz said.

After spending a fair portion of his speech poking fun of COVID-19 safety measures, calling them "garbage," Cruz launched into a segment on abortion issues and the phrasing, "people with the capacity for pregnancy," which he seemed to find amusing.

After touching upon abortion, Cruz explained to the audience what the proper definition of a woman is, and then went into the topic of gender identity.

"I talked to a student recently at one of our woke college campuses who said she's required in every class to introduce herself and to give her pronouns. Well I'm Ted Cruz and my pronoun is kiss my ass."

Watch his full speech below: