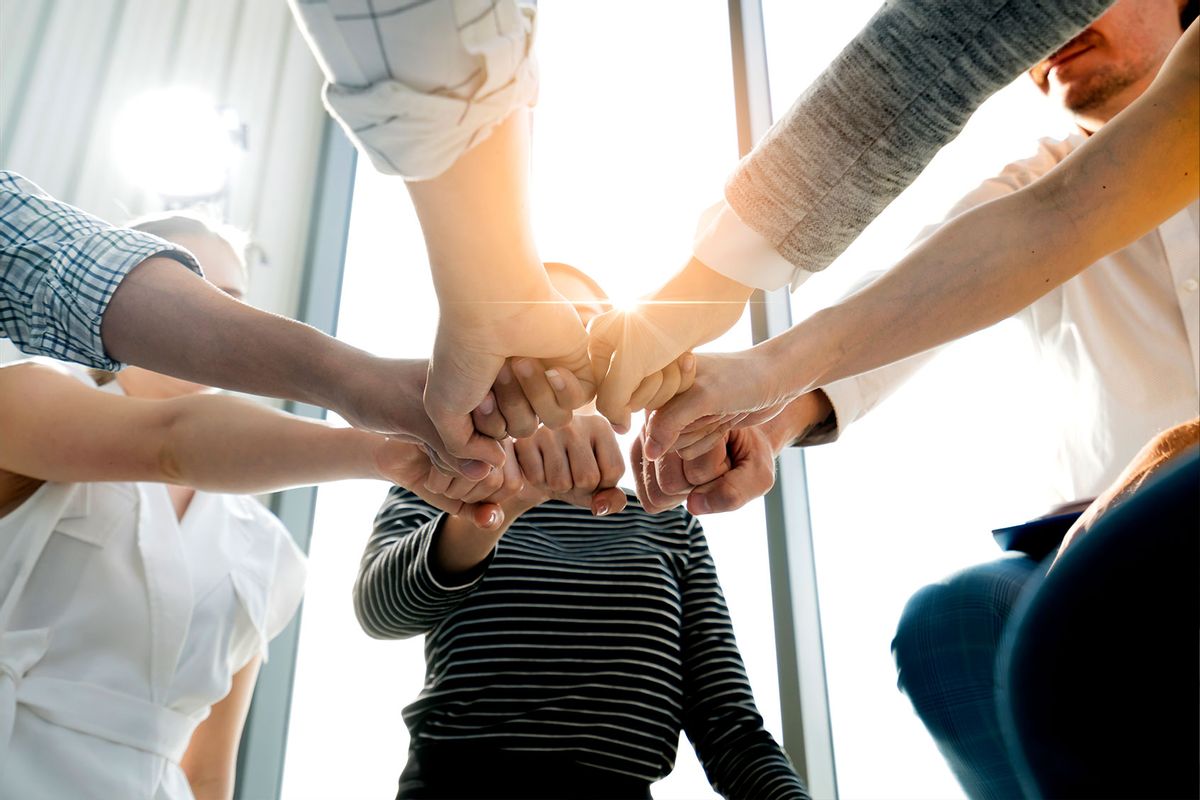 Politically and culturally, there is a widespread perception that Americans are more divided and insular than ever. Many experts, from cultural critics to researchers, have blamed a rise in individualism and materialism for the inability of Americans to work toward the common good.

Yet new research says that the popular perception of Americans as hyper-individualistic and selfish may not be entirely true. Indeed, new research from the American Psychological Association found that Americans have actually become more cooperative towards strangers since the 1950s. Amid a torrent of bad news regarding the climate, the pandemic and our nation's enduring political rifts, the findings are a glimmer of good news that suggest that there may be hope yet for our collective ability to battle our civilization's existential threats, such as climate change.

"Greater cooperation within and between societies may help people tackle present and future challenges that take the form of public goods, such as responses to a pandemic, reducing climate change, and the conservation of resources," lead researcher Dr. Yu Kou, a psychology professor at Beijing Normal University, stated in a press release.

Previous research has shown that Americans have become less civically engaged, less socially connected, less trusting, and less committed to the common good. Notably, Robert Putnam, in his seminal work, "Bowling Alone," suggested that the American social fabric has simply become too frayed to lend itself to cooperation. The study contends that in the fast pace of an urbanized, technologically driven world, Americans are more willing to work toward the common good than once believed.

Highlighting the popular perception of America as increasingly Balkanized, the study also found that even as Americans appeared to be more cooperative than expected in their experiment, participants perceived Americans collectively as uncooperative.

The results come with a caveat: gains in cooperative behavior were only found in simulated social dilemmas. In the researcher's experiments, participants could either put aside personal gain for the common good of a group or act out of pure self-interest. This juxtaposition defines the social dilemma both in real life as well.

So if Americans truly are more cooperative, why has the social fabric frayed so much during the pandemic? Mask mandates and stay-at-home orders could have prevented the effective suppression of a deadly virus; vaccine hesitancy meant that the virus mutated more rapidly and continued spreading. These conspiracy theory–driven movements suggest a collective spirit of antipathy towards cooperation for the common good.

9/11 brought Americans together. Why is the pandemic tearing them apart?

It may be that compared to a lab study, there are too many complicating factors in something as thorny as the pandemic, which affected our lives, households, work and interactions in ways that are complicated for sociologists to extricate. Professor Cristina Bicchieri, head of the University of Pennsylvania Behavioral Ethics Lab, explains that the study only investigated one kind of cooperation, and applying it to real life is a difficult matter.

"Take this study with a grain of salt, because comparing cooperation in real life to what undergrad students do in a lab experiment is a little hard," she told Salon.

"One intriguing implication of these findings is that while Americans' cooperation has increased over time, their beliefs about others' willingness to cooperate has actually declined," the authors wrote.

There is often a moral bent to cooperation within "in groups," which share a certain identity, underpinning the social fabric of the group. Sometimes people will attribute unconditional cooperative behavior to a moral compass, or an intuitive sense of right and wrong; as Bicchieri points out, "we're not angels."

Highlighting the popular perception of America as increasingly Balkanized, the study also found that even as Americans appeared to be more cooperative than expected in their experiment, participants perceived Americans collectively as uncooperative.

"One intriguing implication of these findings is that while Americans' cooperation has increased over time, their beliefs about others' willingness to cooperate has actually declined," the authors wrote of their findings in the Psychological Bulletin.

Pew Research polling has shown that, since the early 1970s, the only time that a majority of Americans said that they "trusted the government to do what was right most of the time" was in October 2001, immediately following 9/11; and then again in the subsequent year when Congress first authorized the Iraq War. These events likely reinvigorated xenophobia, asserting a clear picture of who the "out-group" was. Still, Americans were able to unite under the guise of a common enemy, if briefly. Just as experimental data shows, Americans only needed a condition that necessitated cooperation — though, ironically, Iraq War and 9/11 had a side effect of sparking widespread xenophobia.

A shared narrative to guide cooperative behavior may be difficult to find currently, but the authors believe that the urban landscape lends itself to conditional cooperation. With more people living alone, Americans have a greater willingness to cooperate with total strangers.

"It is possible that people gradually learn to broaden their cooperative orientation from friends and acquaintances to strangers – which is called for in more urban, anonymous societies," Dr. Paul Van Lange, a professor of social psychology at VU Amsterdam added in the press release. "Societies may have become more individualistic, but people have not."

about individualism in the United States