Field of greens: The curious history of ballparks doubling as edible gardens

Fans recently spotted peppers growing in the Pirates' bullpen. It's not the only ball park that hosts a mini-farm 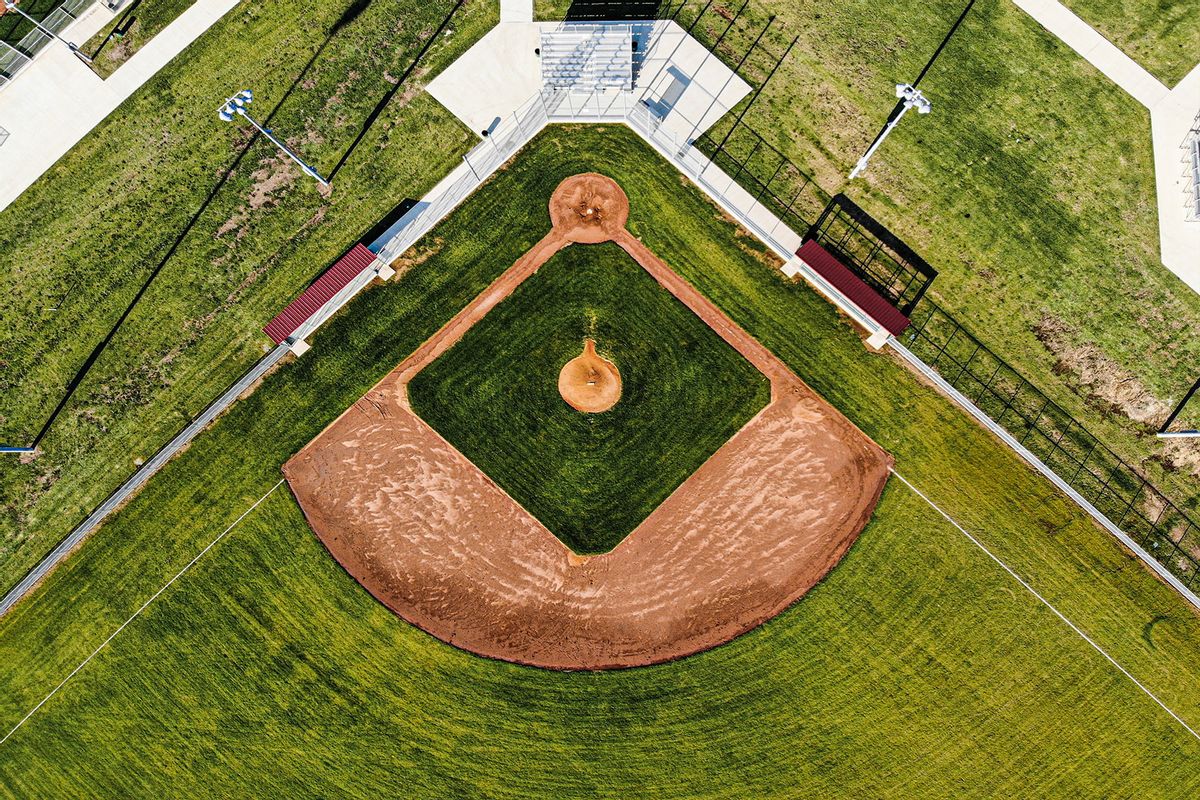 On Friday night, as the Pittsburgh Pirates squared off against the Miami Marlins, a fan posted an unusual photograph of the bullpen. The Twitter user, whose handle is @Christz9, captioned it: "The Pirates bullpen out here growing banana peppers for some reason."

Upon closer inspection, that wasn't the only thing growing in the bullpen, the area where relief pitchers warm-up before entering a baseball game. There were little boxes of what appeared to be squash and cucumbers, as well.

Inevitably, jokes started to roll in based on the Pirates' performance this season. (As of Friday, the team was running 39-55 with little hope of a playoff appearance.)

What dangers lurk in your stadium food?

"With ticket sales plummeting, the Pirates have resorted to growing banana peppers in the bullpen to pay rent," the Twitter account for Pointsbet Sportsbook wrote, while another user replied, "Watching produce grow is more exciting than the games."

However, those barbs were far outnumbered by comments expressing support for the unique utilization of that space.

"I am not a sports person. I am not a plant person," one Twitter user wrote. "But I am a fan of the ecosystem and food. Good job, Pirates."

The pirates bullpen out here growing banana peppers for some reason pic.twitter.com/7flGNqkihF

The initiative started about four years ago as a way to supplement the edible garden that currently grows on the suite level of the ballpark, according to Matt Brown, the director of field operations at PNC Park where the Pirates play.

"It's a way to soften up that space and also provide something that could be a little different for our park," Brown said in a phone call with Salon Food. "We started with nine planter boxes four years ago, and now we have five to six different types of peppers, cucumbers, zucchini, blueberries. The main thing is that we have to get stuff that stays relatively small so it doesn't block the sight line of pitchers who are actually trying to watch the game."

That's not to say the players don't interact with the garden. Brown relayed that some members of the team started taking bets on who could eat ghost peppers — which measure around 1,000,000 Scoville Heat Units compared to jalapeños' 5,000 — straight off the vine. However, he quelled any rumors that the players assist in tending to the plants — even during the slowest of games. That's something the interns, who are now pulling in weekly harvests, do.

"Whatever is harvested is given to our clubhouse chef, who makes great dishes out of it," Brown said.

"Whatever is harvested is given to our clubhouse chef, who makes great dishes out of it."

PNC Park isn't the only ballpark in the country where the field is used for more than just playing ball. One of the most famous examples was at the former Memorial Stadium in Baltimore, where in 1970, groundskeeper Pasquale "Pat" Santarone tended to a crop of tomatoes that he'd planted in foul territory down the left-field line.

This led to a friendly, 17-season feud between Santarone and Orioles manager Earl Weaver over who could grow the best tomatoes. Weaver grew his tomatoes at home, while Santorone grew his at the park using a mix of ground-up sod and infield dirt. This competition continued until the Orioles moved to Oriole Park at Camden Yards in 1992.

Other parks followed suit, especially as concepts such as green initiatives and farm-to-table cuisine have gained mainstream popularity. Some of the endeavors are quite large. In 2014, leadership at Fenway Park, home of the Red Sox, oversaw the development of a 5,000-square-foot farm on a previously-underutilized rooftop.

As Matt Monagen wrote for MLB.com, the farm produces "nearly 6,000 pounds of produce per year. Herbs, tomatoes, potatoes, lettuce, broccoli, eggplant, carrots and zucchini are all grown there, and fans can try them out at various places throughout the ballpark."

Coors Field in Denver, as well as Oracle Park in San Francisco, both have farms, further demonstrating the possibilities of this distinct type of urban agriculture. Vegetables have also been growing in the bullpen of Petco Park, the home of the Padres in San Diego, for almost a decade.

As in Pittsburgh, the hot peppers have always been popular among the players.

In a 2013 interview with Fox 5 San Diego, the Padres' then-reliever Joe Thatcher described how the team had been on a losing streak until the players "decided we needed to get hot as a team, so guys started picking them [the peppers] off the plants and just eating them."

The Padres' closer at the time, Huston Street, confirmed the peppers did their job: "We just said, 'Let's eat the peppers, maybe we'll get hot.' Like as a joke. We won that day, then we won the next day and the next day."