Garden overrun with cucumbers? Use them to make midori-zu, a vibrant Japanese green vinegar

This flavor-packed sauce is the perfect pairing for grilled eggplant, pan-fried chicken or sashimi 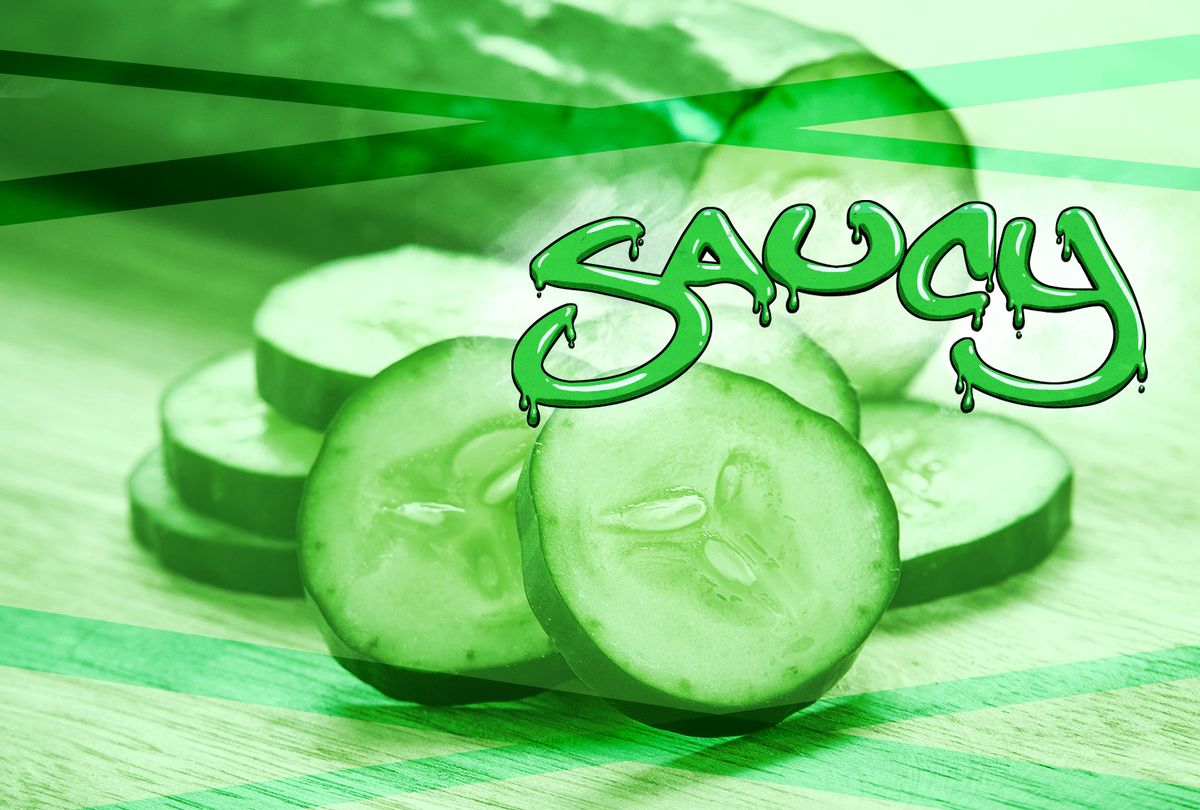 I am not a great gardener. While I wouldn't say I have a brown thumb, there are only a few things I can reliably grow and they tend to be the kind of plants people regard as nearly indestructible: mint, dill, leafy greens and jalapeños. That's why I vividly remember my delight when, several summers ago, small cucumbers began to pop up on the vines I'd carefully tended and watered.

When I finally bit into the first fully-formed cucumber — the crisp outer skin giving way to a slightly bitter, watery center that burst like a vegetal gusher — I felt like I'd made it. I was ready to nominate myself for the imaginary series "The Great American Garden Off" and promptly made plans for how I'd use my eventual bounty as quick pickles and the base of pints of tzatziki.

But then the cucumbers kept coming.

Because my gardening track record was so shoddy, I went into that season over-prepared. I planted rows and rows of cucumber seedlings hoping to ensure that I'd at least get a few good plants. There must have been something in the water because as the summer progressed, my small Kentucky yard became a tangle of cucumber vines. I couldn't keep up with the harvest. I pickled, I grated, I made salads, and eventually begged friends to take them. That was the year that my signature housewarming or hostess gift became a basket of fresh cukes.

I no longer have that problem — a bittersweet result of shifting to an apartment with no room for anything other than a balcony garden — but cucumbers are still a mainstay of my summer diet. They are omnipresent in CSA boxes and at the farmer's market stand, and I knew I needed some additional uses for them other than my stand-by salads and sauces.

Chef Sho Boo of Maki Kosaka in New York City recommends using them as the base for midori-zu, a refreshing Japanese condiment made with cucumbers, rice vinegar, dashi, light soy sauce and mirin.

To maintain the fresh green color of the sauce, Boo freshly grates the cucumber right before serving, but the tosazu — the vinegar, dashi, soy sauce and mirin mixture — can be made days ahead of time and stored in the refrigerator.

"Having cucumber not mixed into the dashi will prevent it from losing its vivid green color, so it is recommended to plate them separately, and to have guests mix them up," she said.

At Maki Kosaka, Boo uses the midori-zu as a vibrant sauce for sashimi-grade fish. The balanced flavors would also pair beautifully with pan-fried chicken, grilled eggplant or even a simple salad of sugar snap peas, thinly-sliced white onion and radish.

1. In a bowl, mix dashi, vinegar, soy sauce and mirin and place in the refrigerator until ready to use.

2. Grate or finely chop one whole cucumber. If Japanese cucumbers are unavailable, use English cucumbers instead. Place in a separate bowl if not serving immediately. Combine with dash mixture when ready to serve.