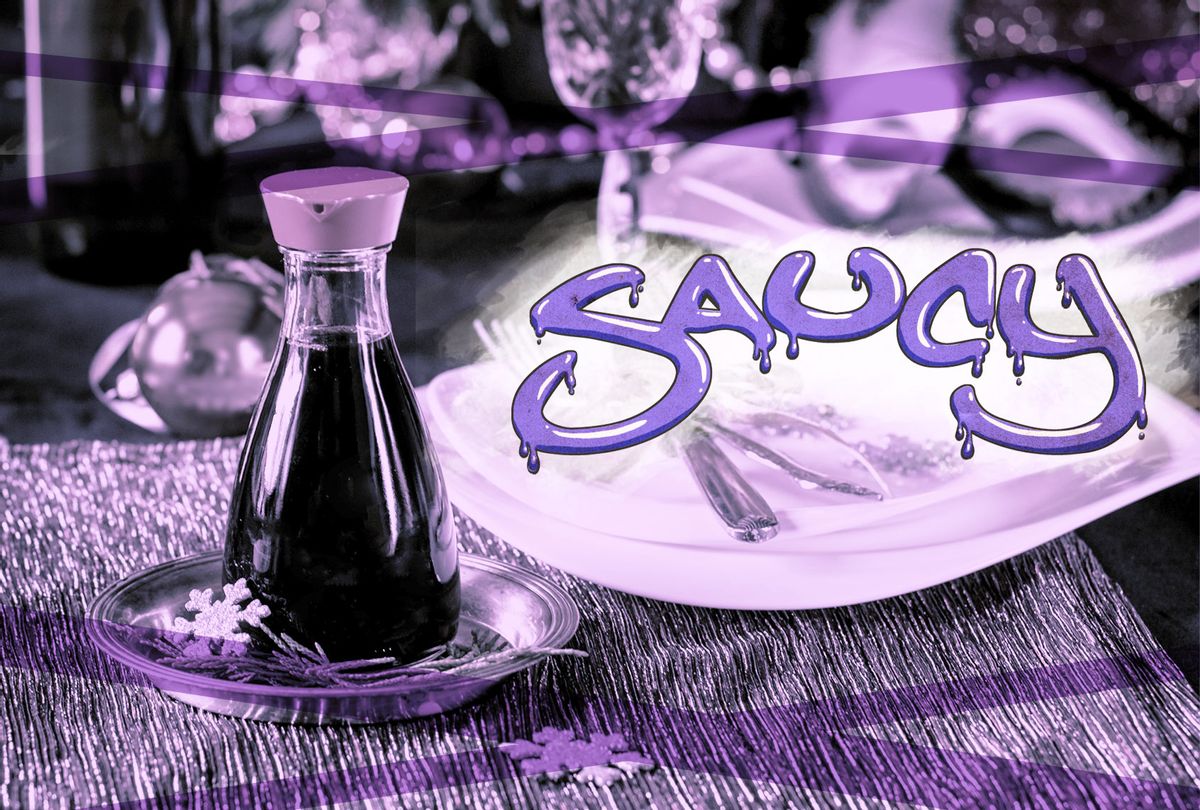 It's no secret that a pinch of salt makes desserts taste instantaneously better. It's the reason that brownies sprinkled with some flaky sea salt are irresistible, and it's the reason that you can tell if you bite into a chocolate chip cookie that was made without it that something — even if you can't immediately put your finger on it — is off.

And while there are a variety of ways to add a saltiness to a savory dish, like minced briny olives or the sea-salt edge of tinned fish, the options for adding that flavor to dessert can sometimes feel restricted to the Kosher and tabletop varieties. I'd like you to consider an alternative, though: soy sauce.

Compared to straight tabletop salt, soy sauce has a tremendous depth of flavor. At it's best, it's a perfect balance of umami, sweetness, saltiness and  a touch of acidity. Soy sauce also comes in multiple varieties; two of the most common on supermarket shelves are koikuchi — or dark soy sauce — and usukuchi, which is light soy sauce.

At home, I've taken to using usukuchi. As Jenny Lee-Adrian wrote for "Serious Eats" in 2019, "These are lighter and thinner than their darker, richer counterparts, but have a more assertive, salty flavor and a slight sweetness from the addition of mirin, a sweet rice wine."

She continued: "Primarily used in the Southern Kansai region of Japan, light soy sauces are used to season ingredients without turning the ingredients into a darker color. They can be used in place of dark soy sauce, but they should be used more sparingly because of their intense flavor."

A few years ago, John Brown's Underground, a Kansas City bar, developed the "Rhumami" cocktail, a shaved ice margarita with six drops of Yamaroku soy sauce inside instead of salt on the rim. And just this week, Salon's Mary Elizabeth Williams shared her recipe for soy sauce sheet pan brownies, which was inspired by a conversation with Hattie McKinnon, a Chinese-Australian writer, about her new book "To Asia, With Love."

"When I started experimenting with this brownie," McKinnon told Salon, "I realized the soy sauce not only did the job that salt does, it added these beautiful, rich caramel flavors which tell you there's something special about the brownie. You would never say, this is a soy sauce brownie; it just adds this deep flavor that's so effortless."

That flavor is what I wanted to capture in a sweet condiment of my own: a soy-salted coconut cream caramel.

It's peak ice cream season in my house right now and while I love a good caramel sauce topping, sometimes it is just too much straight sugar on sugar. Sure, there are some delicious sea salted caramels (Stonewall Kitchen's variety is really good and easy to find). But this caramel sauce — which gets the saltiness from the addition of soy sauce — has some unparalleled depth, which makes even the most basic grocery store vanilla ice cream taste like a gourmet treat.

Coconut cream has a higher fat content than plain coconut milk, making it ideal for whipping up caramel sauce, which is typically made with heavy cream or half-and-half. The flavor pairs beautifully with the salty-umami of soy sauce, especially alongside the molasses sweetness of brown sugar.

1. In a large saucepan, whisk together the coconut cream and the light brown sugar. Bring the mixture to a raging boil and stir vigorously for 30 seconds. The mixture will froth pretty aggressively, so ensure that you are whisking quickly enough that the cream doesn't boil over. Then bring the heat down to a low simmer. Add the soy sauce.

2. Allow the mixture to gently simmer — stirring occasionally — until its color has visibly deepened and the volume has reduced by half, about 30 minutes. Be sure when stirring that you incorporate any caramelized sugar bits from the bottom and sides of the pan into the caramel.

3. Once the caramel has reduced to the point that the sauce will coat the back of a spoon, remove it from heat. It will continue to thicken as it cools. At this point, serve it warm (I'd recommend over vanilla ice cream and Salon's Mary Elizabeth Williams' soy sauce brownies) or place it in a sealed container and refrigerate it for up to two weeks.