If Donald Trump were Black, he'd be in jail already

If you're Black in America, it's almost too easy to go to jail. Trump's whiteness protects him 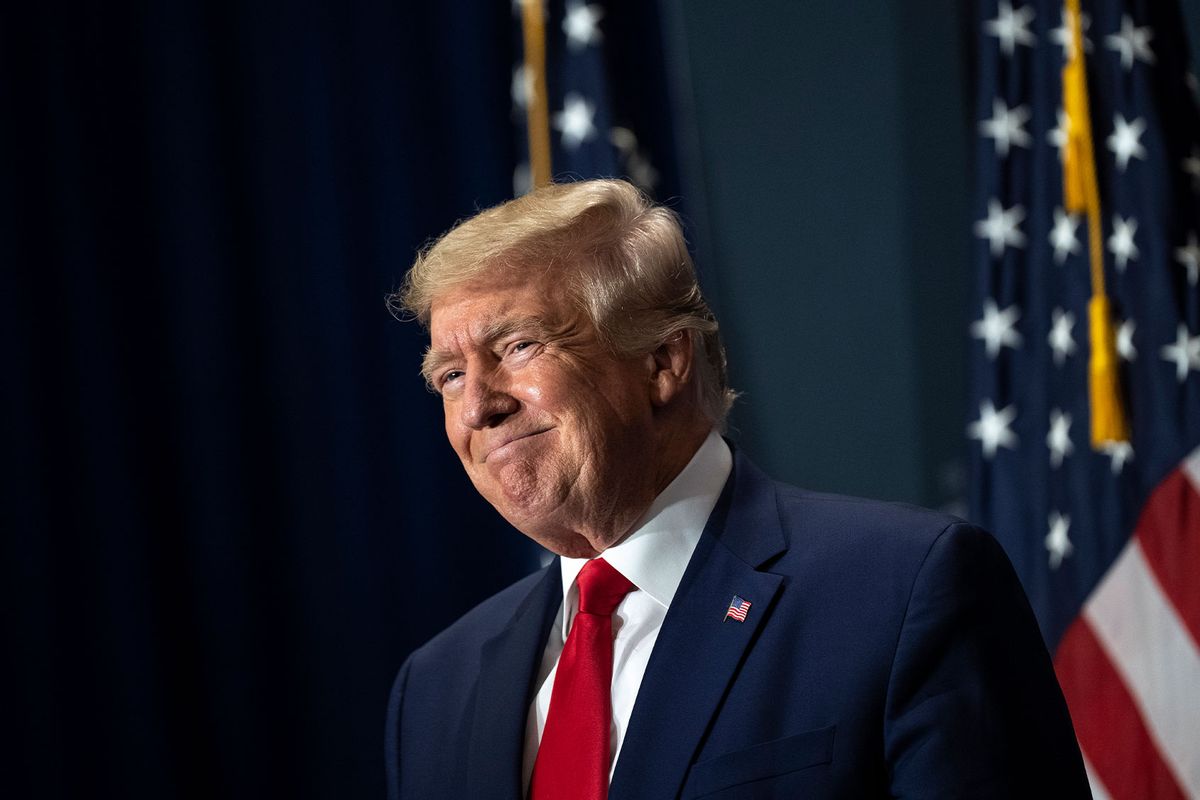 Don't get me wrong; I'm not an advocate for jail. I strongly believe the system doesn't work. I've had both family members and close friends spend long amounts of time incarcerated — decades, even — and none left felling reformed, refreshed, inspired and ready to contribute to society in the most positive way possible. Some were 100% innocent and lost time. A few others were fortunate enough to change their lives for the better despite the system's ills. But many of these relatives and friends ended up back behind the wall almost as soon as they made it out, hindered by little to no opportunity. The fact is going to jail is extremely easy in America, a country with the highest incarceration rate in the world. It's so easy to go to jail here — unless you are Donald Trump, of course.

I can't believe I pay taxes for this

Honestly, I'm at a loss for answers on why Trump has been protected for so long. Is he just lucky? Did the Founding Fathers hide a get out of jail free clause in the Constitution? Is racism or stupidity on the part of the people who operate the criminal justice system to blame, or is it a fear that his hair will incite a prison riot?

We know about Trump's sexual assault allegations. We know how Trump tried to disrupt the 2020 election to throw the results in his favor. We know about the dozens of FEC complaints lodged against him for campaign finance violations. We know he destroyed presidential records. We know in his January 6 speech he told a mob of angry MAGA protestors to march to the Capitol, and fueled by his words, they beat up police officers and broke into the building in hopes of finding public officials and disrupting the certification of the Electoral College votes. They were looking for the vice president, chanting, "Hang Mike Pence." We know Trump verbally approved of that sentiment. (That's not conspiracy?)

"I could stand in the middle of Fifth Avenue and shoot somebody, and I wouldn't lose any voters, OK?" Trump said at a campaign event back in 2016. "It's, like, incredible." He should have added, "Not only would I not lose voters, but I probably wouldn't even be prosecuted."

I'm a USA-born citizen just like Donald J. Trump; however, it is so easy for me to be arrested, prosecuted and go to jail. I literally just have to go outside and I could be arrested. I remember stopping to see a friend who lived in Perkins Housing Projects in east Baltimore after a basketball game. About 40 of us were laughing and joking and enjoying our day when amped-up police officers pulled up with squad cars and cheese buses, jumped out like cowboys and locked up every Black dude in sight. Our charge was literally being outside while Black.

"You don't have to lock me up," I told the cop with a buzz cut as he shoved me into the cheese bus by the back of my neck. "I'm not even from Perkins. I don't even be around here!"

We were arrested and detained over the weekend because the mayor at the time was launching an outdoor festival near the projects and I'm guessing he didn't want us Black guys scaring away white patrons at the funnel cake booth. This happened in 2005, not 1962. None of us were charged with anything real, and we didn't have to go to court. But unlike Trump, we all had to sit in a cell. And it was very easy for us to end up there.

As a teen, I saw a guy named Otis clotheslined by a police officer whose forearm knocked him about six feet up in the air  before he came crashing down and cracked his back on the curb­­, just for riding his bike on the sidewalk. Otis didn't even get a warning, and that was his first and last time in a jail cell.

How are we still being arrested for nothing while people like Trump can get away with anything in front of everybody and brag about it?

Earlier this year, my childhood friend Paul spent a weekend in jail because a disgruntled person he was dating told a commissioner that he was a violent burglar. (I didn't even know people still use the word burglar.) Paul had been to prison back in the day, but never for anything dealing with theft at all. Normally, your record matters in these kinds of situations, but Paul is Black, so I guess no one bothered to check. Police officers did not catch him on video, did not retrieve any stolen items from his car, on his person or apartment after they checked. Nor did they present any credible evidence against him. But Paul was still arrested. The case has now been thrown out.

How are we still being arrested for nothing while people like Trump can get away with anything in front of everybody and brag about it, then continue to live a sweet and happy life? How?

All of this becomes even more blatant after watching the sentencing of insurrectionist Trump supporter Mark Ponder, who is Black, for his role in January 6. Ponder was the idiot caught on camera striking a Capitol Police officer with a red, white and blue pole. He got 63 months in federal prison. I am not interested in defending Ponder, nor any of the MAGA insurrectionists, but isn't it strange that out of 850 people arrested, a Black guy gets one of the longest sentences?

Following the revelations of Trump's role and reaction to the insurrection in the January 6 hearings and other reports makes me feel like Trump will never be held accountable for anything. This is disheartening for several reasons. As a Black man, I obviously know that I live in a different America. Countless life experiences, the police brutality I've endured, the history of racists controlling the power structures that make up this country, and the limitless studies on how people who look like me are treated have made me well aware of the ways in which this society functions. I can honestly say that I don't expect equality. But it's 2022. How much longer will we struggle to treat Black people fairly, and punish people who clearly deserve it?