On "Real Time," Bill Maher talks to Cuomo about his life post-CNN scandal 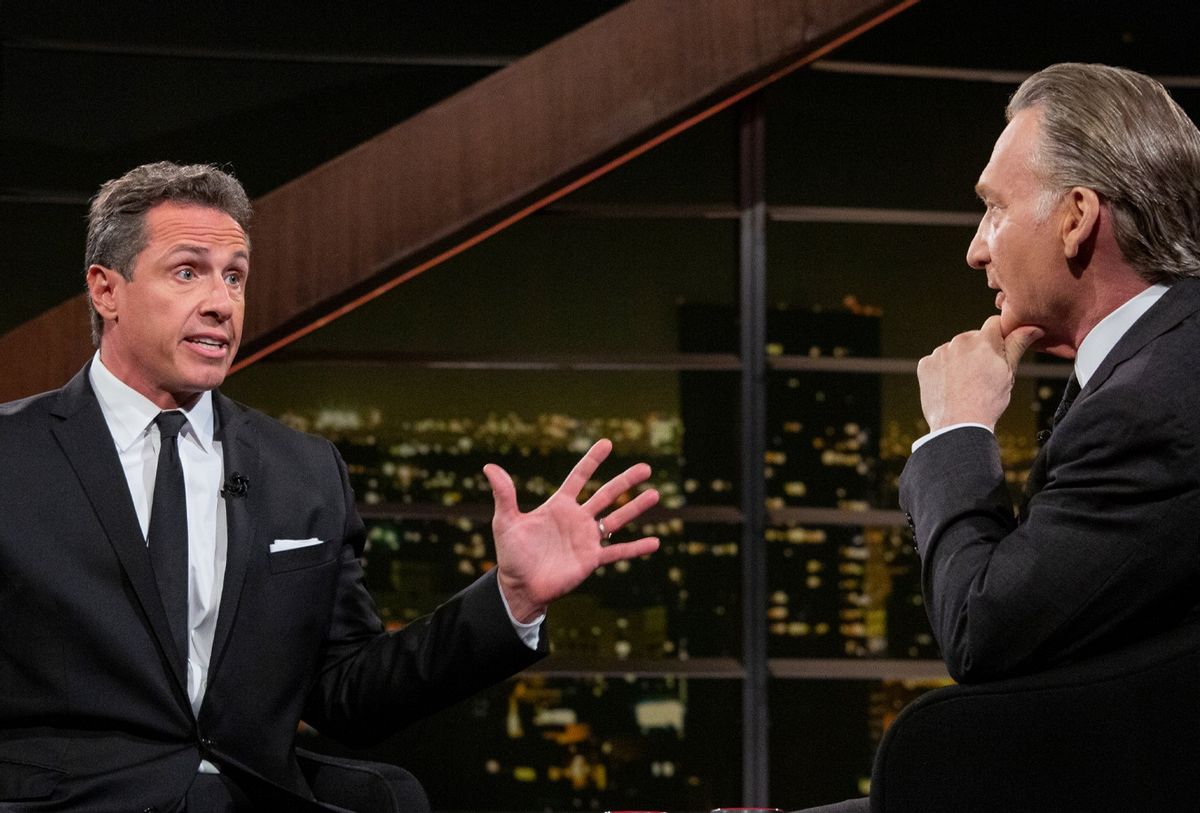 During a special one-on-one interview in Friday's return of "Real Time With Bill Maher," former CNN-anchor, Chris Cuomo, discussed the aftermath of being fired in 2021 for violating his journalistic integrity after it was found that he'd been unofficially advising his brother, former New York Gov. Andrew Cuomo, during sexual harassment allegations.

At the top of the segment, Maher begins by congratulating Cuomo on his new podcast, "The Chris Cuomo Project," and asks "Are you happy being back in the saddle, doing what you do?"

"Happy?" Cuomo starts to answer, pausing to reflect. "Probably not the right word."

When Maher gets right to the point, asking if he misses CNN, Cuomo says "I feel like I lost a sense of purpose, for awhile, because of how things ended."

"I wanna help. I wanna get back into a way of doing a form of what you do. Breaking through the toxic two-some of partisan politics, and speaking to the vast body of people in this country who are just regular and want things to make sense."

In May of 2021, when news of Gov. Andrew Cuomo's sexual harassment allegations broke, CNN made the decision to keep brother Chris on-air, but when an investigation revealed that the anchor had taken part in strategy calls on the matter, CNN chose to let him go; a decision compounded by the New York attorney general concluding that Andrew Cuomo had sexually harassed 11 women, according to NPR. In his own defense, Chris said he's been acting not as an "adviser" but as a brother.

"I never attacked nor encouraged anyone to attack any woman who came forward," Chris Cuomo told CNN viewers in August of last year, as reported by NPR. "I never made calls to the press about my brother's situation."

Maher, attempting to lighten the mood of the conversation regarding Cuomo's CNN ousting, mentions that the ratings for Cuomo's former time-slot have dove 53% joking "That's gotta feel good?"

"No," Cuomo quickly responds. "I want good things for people there. I don't like how it ended. I had a great team I didn't get to say goodbye to. I just want to move on."

When Maher asks how disgraced brother Andrew is doing in the face of his own ousting where he now faces state criminal charges and possible civil lawsuits, Chris says "I'm supposed to say 'great,' but that would be bulls**t."

Watch a clip from further on in the interview here: