Why did CNN take Chris Cuomo's word about spinning his brother's scandals? Because stars can do anything 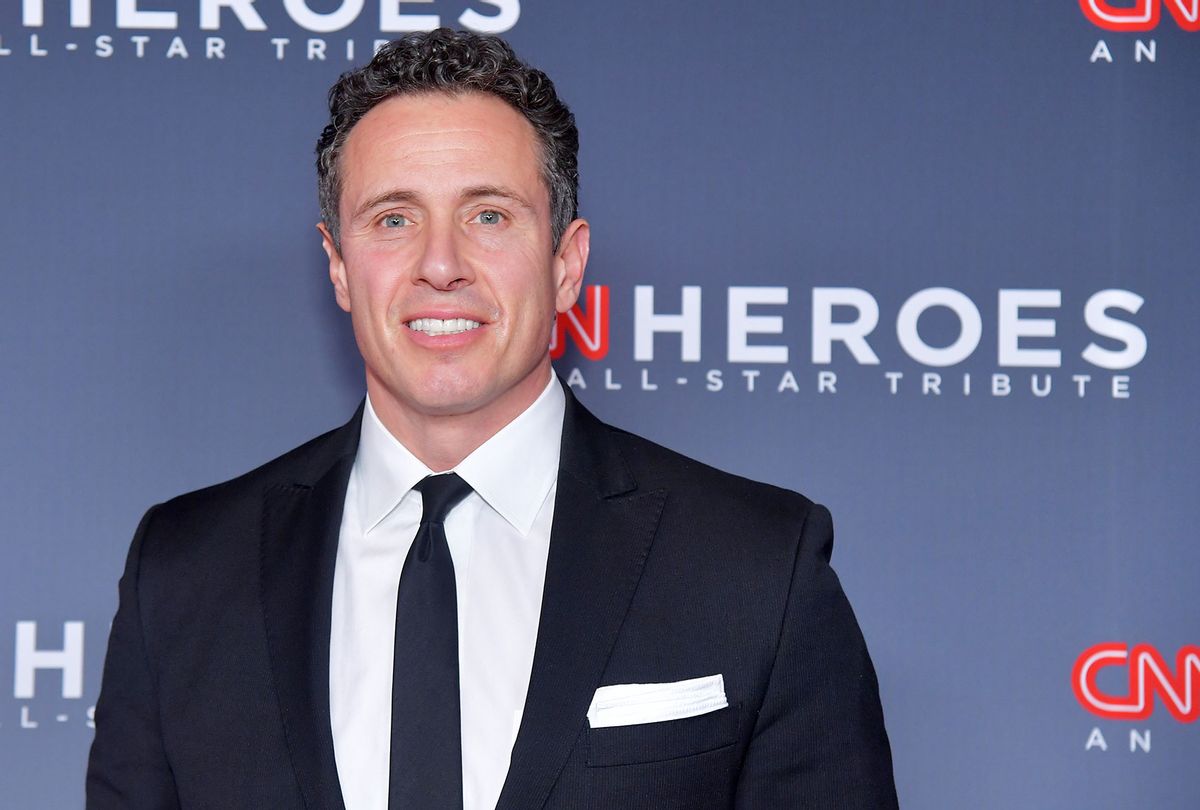 When you're a star, they let you do it. You can do anything.

How strange it is to apply this famous goon's wisdom to the situation CNN finds itself in with its top-rated personality Chris Cuomo. Strange, but not entirely unexpected.

On Saturday the WarnerMedia-owned cable news channel announced that it has fired the host of "Cuomo Prime Time" after the New York Attorney General's office presented CNN with a cache of transcripts, texts and emails showing that the anchor assisted his brother, disgraced former New York Governor Andrew Cuomo, more extensively than was previously acknowledged.

"While in the process of that review, additional information has come to light," the statement reads. "Despite the termination, we will investigate as appropriate."

Mind you, an independent review from that respected law firm would have been appropriate and more timely back in May, when  The Washington Post broke the news that Cuomo took part in strategizing conference calls with his brother Andrew, along with members of his staff, attorneys and other advisers.

When Andrew Cuomo resigned in August, Chris Cuomo acknowledged that he provided insight to his brother's aides until CNN told him to stop, following that story's publication.

At the time Chris Cuomo apologized on his show, and CNN was content with that, declining to discipline him further. The network also walled him off from coverage of the allegations against Andrew Cuomo citing his inability to be objective.

"When Chris admitted to us that he had offered advice to his brother's staff, he broke our rules and we acknowledged that publicly," CNN said in an earlier statement. "But we also appreciated the unique position he was in and understood his need to put family first and job second."

The statement continues, "However, these documents point to a greater level of involvement in his brother's efforts than we previously knew." This is mind-boggling until you allow for Chris Cuomo's star status.

CNN has had a Chris Cuomo problem for a long time. Until this development, which Cuomo recognized as "embarrassing" in his Sirius XM radio show, it hasn't been compelled to recognize that.

Cuomo was referring to himself presumably, but CNN's brass should be embarrassed too. It was scooped twice on a story sitting at their own desk. That didn't have to happen the second time if it engaged the most basic review it claims to be engaging in now back when the first story came out.

Included in the latest batch of documentation were texts between Chris Cuomo and the former governor's top aide Melissa DeRosa, back in March, when the first sexual harassment allegations against Andrew Cuomo were becoming public. "Please let me help with the prep," Chris Cuomo texted to DeRosa on March 3.  So that additional information must really be something.

The outcome might have been the same. Or Chris Cuomo and CNN could have spun the situation into a teachable moment knowing his viewers probably wouldn't care. To everyone impotently bellowing, "But . . . but . . . ethics!"  I acknowledge that's a depressing supposition. And you're right.

But that ignores the reason that this situation went unaddressed for so long: Chris Cuomo was CNN's most popular anchor.

Cuomo is combative and brash, styling himself as the network's Rocky Balboa to Fox News Channel's stable of Ivan Dragos – more character than journalist. "The Daily Show" awarded him the title of Epic News Bro, partly referencing the meathead comedy routine he created with his brother, New York's top government official, across multiple "Cuomo Prime Time" episodes back in 2020.

The public ate it up, growing a loyal fanbase that defends Chris Cuomo even now – and after he was the subject of his own sexual harassment allegation, don't forget.

Variety's Daniel D'Addario wrote a scathing analysis of how Andrew Cuomo used the media to gild his reputation as being tough on coronavirus throughout 2020, rising to national prominence as an exemplary public official and a voice of reason.

As his administration contended with mounting evidence that it underreported COVID-related deaths at nursing home facilities, the media glommed on to the odd "Cuomo-sexual" movement further establishing Andrew as a tough, level-headed hero while the White House doubled down on dispensing dangerous misinformation.

This was already in progress when Chris had his brother on the air multiple times to joke and banter, capitalizing on his direct family connection to a prominent politician.

Journalists who adhere to ethical standards would be right to flinch at all this, unless the goal is become bigger than the news itself and above the standards to which your peers are held. That bravura worked for Chris Cuomo's erstwhile boss Jeff Zucker, the former top NBC executive who brought Cuomo to the network in 2013 shortly after he was named the president of CNN Worldwide in 2012.

Among Zucker's greatest accomplishments at NBC was to elevate a couple otherwise average entertainers by providing them with a national broadcast platform. One is former "Fear Factor" host Joe Rogan. The other said the two sentences that open this article while boasting about groping women. He went on to become President in 2016 and lost re-election in 2020.

Zucker followed that up by coddling a cable news anchor who goes shirtless and gives fitness tips on an Instagram feed that John Oliver dubbed a "thirstpit" that "feels a little desperate for approval" back in 2018.

That very same social media trap helped establish Cuomo's popularity. His CNN show recently attracted an average viewership of 959,000, with 212,000 of those viewers fitting within the advertiser-attractive 25-to-54 demographic.

Nevertheless, it's extraordinary that Chris Cuomo copped to what his bosses deemed to be a misdemeanor level of unethical behavior and no one at an organization with a wealth of resources and investigative talent thought to do more than simply take him at his word for half a year. With a little digging, they could have made sure Cuomo wasn't under-representing how extensively he crossed lines he should not have.

Worse, perhaps it did and assumed none of what was discovered would ever become public. Either way, we have yet another very public example of an institution risking its reputational integrity by trusting in its star's power.

"You've got media critics condemning Chris calling on CNN to take action," CNN's chief media correspondent Brian Stelter says in a report that aired in the wake of Cuomo's suspension. "You have some colleagues here at CNN who are mad at Chris Cuomo for putting the network in a tough spot and wanting to see action. You also have a lot of viewers though, who love Chris Cuomo and are now ticked off that he's off the air and they want to see him back. So there's a mixture of relief, disappointment.

"It's a complicated situation," Stelter adds.

As it turns out, not really.

CNN, like MSNBC, has blurred the line between news and opinion/entertainment for many years. (Fox News has erased it almost completely, although its execs will claim it hasn't.) That means Chris Cuomo's dedication to performance isn't anything that anchors who came before him, and a few who are still employed at CNN, haven't done in some fashion. He was simply more bald-faced about it.

Cuomo may a punchline now, but he remains very famous. It's tough to say what moral future cable news hosts will draw from this story, aside from an unequivocal caution to never use one's position as a newscaster to assist corrupt family members.

That, and the lesson to avoid unfortunate catchphrases.  Chris Cuomo's was,  "Let's get after it." The New York Attorney General's office took him at his word . . . and look at him now.

Watch this clip of "The Daily Show-ography of Chris Cuomo: Epic News Bro" on YouTube.