Could silk take a bite out of humanity's microplastic problem?

Non-biodegradable microplastics are a scourge to life on Earth. MIT researchers see a partial solution in silk 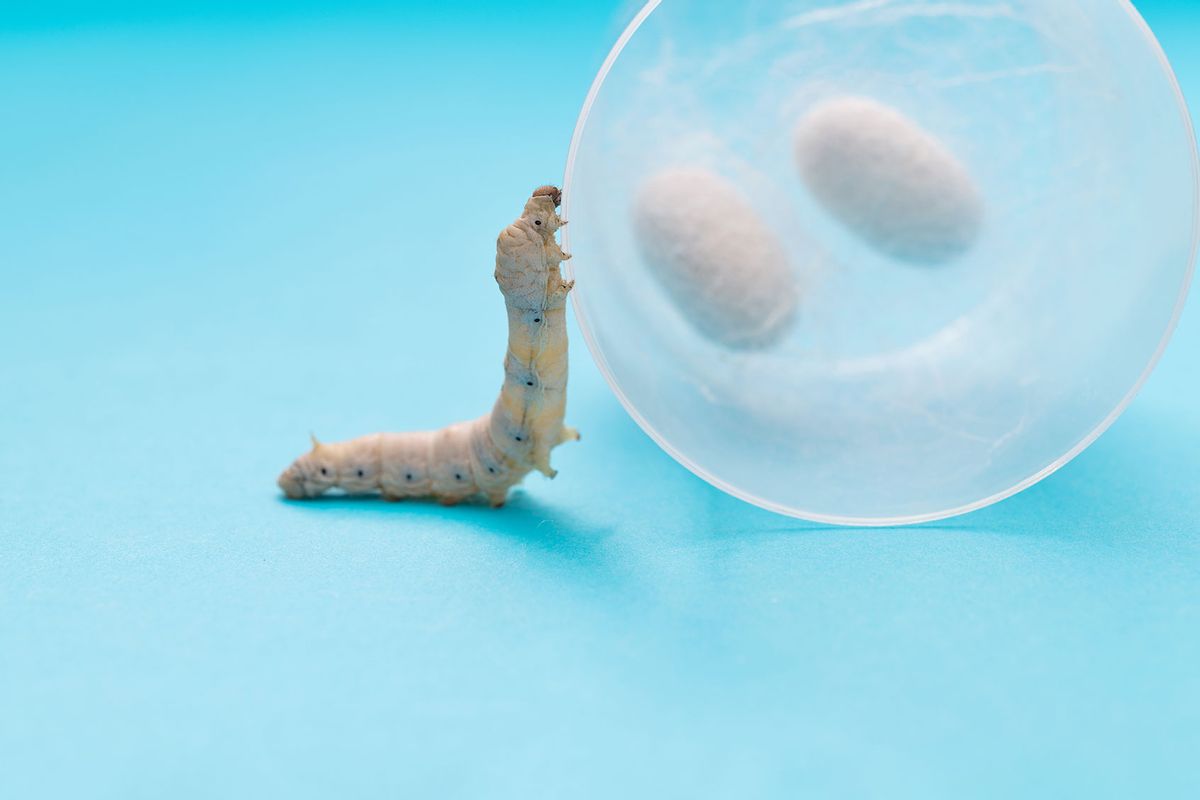 The "micro" prefix in the word microplastics might lead one to think that these tiny plastic particles, by definition less than 5 millimeters in length, are harmless trifles. And though microplastics are sometimes intentionally manufactured, more often these tiny slivers are created by accidents or the ravages of time, ending their life as pollution in our environment. When that happens, they are far from harmless — rather, they pose a threat to most life on Earth.

Part of the reason is that microplastics are linked to illnesses from cancer and infertility to inflammatory bowel disease. Unfortunately, they are so prevalent in the environment that even remote Pacific island nations like Palau are not safe. Humanity desperately needs an alternative — and that is where researchers from the Massachusetts Institute of Technology (MIT) enter the picture.

As they detailed in a recent article published in the scientific journal Small, researchers at MIT have developed a silk-based substitute for plastics for certain industrial products — specifically, industry systems that currently use plastics for microencapsulation processes. Microencapsulation is process via which tiny particles or droplets are covered with a substance that turns them into a pill-shaped object, one that protects its core from degradation through things like air or moisture exposure. While this silk-based substitute would not entirely solve the microplastics problem, it would indeed provide certain businesses with a planet-friendly alternative to microplastic-producing products.

What is microplastic anyway? Inside the insidious pollution that is absolutely everywhere

"We successfully demonstrate that silk protein can be used as a technological material in agricultural products and cosmetics – it can protect and control the release of active ingredients, and it can be biodegraded," MIT professor of civil and environmental engineering Benedetto Marelli and postdoctoral student Munchun Liu told Salon by email. "Our technology can be applied to various active ingredients, whether water soluble or not. We prepared the silk-based microcapsules using methods that are already widely adopted in industry."

The MIT researchers believe that their silk product can replace those microplastics that are intentionally added to products, a group that the European Chemical Agency currently estimates as comprising roughly 10 to 15 percent of the global supply of microplastics. Adding to the convenience, the silk substitute would not need to be refined with as much precision and care as silk used in fine fabrics. To create high-quality threads, silkworm cocoons are carefully unwound; for the silk needed to replace microplastics, producers simply have to apply a simple, scalable water-based process. This means that it will be much cheaper and easier to produce the kinds of silk necessary to save the world than the ones which helped fuel the economy of medieval Europe.

That said, this does not mean that it will be easy to replace microplastics with silk. While the Silk Road no longer drives the global economy, there are economic challenges unique to the 21st century. Marelli and Liu explained to Salon that corporate stakeholders have to work "in concert" to encourage the use of technologies that offset negative environmental impacts.

"Engineering new solutions requires to consider planetary health in the equation so that we could all benefit from progress and innovation," Marelli and Liu explained.

The MIT researchers are not the only scientists trying to come up with creative solutions to the microplastics problem. Last month a study in the scientific journal Microbial Genomics revealed that the insect Zophobas morio has a bacterial enzyme in its gut which dissolves a class of plastics known as polystyrenes, which exist in styrofoam, packing peanuts, bottles and other common household products.

"Our results support previous suggestions that superworms can help to reduce [polystyrene] waste," the authors concluded.

Until there is a long-term solution to the microplastics crisis, Marelli and Liu noted that there are immediate steps individuals can take to do their part to mitigate the problem.

"Consumers can of course make a difference by limiting the use of take-use-discard products in favor of reusable ones," Marelli and Liu wrote to Salon. "This include obvious products such as plastic bags, utensils, clothes that are durable, toys that have a long lifespan, tools, etc. At the same time, all the stakeholders need to find new solutions or define new policies that favor (or impose) the adoption of circular materials, without compromising on performance."