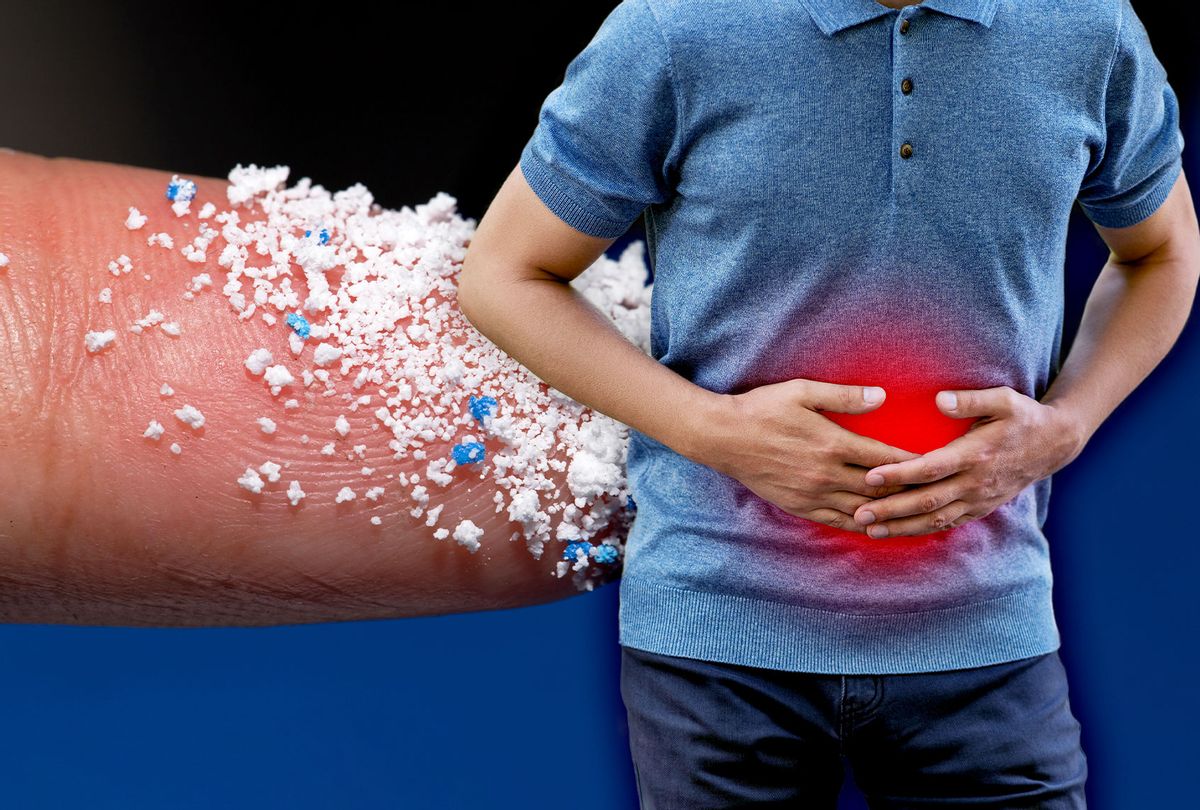 Industry's insatiable desire for plastic, exemplified in food packaging and consumer goods, has infected not merely Earth's oceans but also our bodies.  Because of plastic pollution, there are trillions of pieces of microplastic — meaning plastic bits smaller tham 5 millimeters — scattered all over the planet today. They can be found buried in the soil, floating in the ocean and fluttering through the breeze.

And for those with gastric issues, know this: Microplastics are, without question, stewing inside your guts. Now, a new study suggests they could also be the source of what makes many of us feel sick.

In an article published for the journal Environmental Science & Technology, scientists from Nanjing University and Nanjing Medical University reveal that people who had a high concentration of microplastics in their fecal matter were more likely to have severe versions of inflammatory bowel disease (IBD). They suggest that microplastics may contribute to the development of IBD or, conversely, that IBD causes patients to retain microplastics to an unusual extent.

Based on both a survey of the IBD patients and the physical characteristics of the microplastics found in stool samples, the researchers concluded that humans are exposed to the potentially unhealthy plastics by interacting with dust particles and inadvertently consuming plastic packaging on food.

The most common shapes of these microplastics were as sheets or fibers, and the most common types were poly(ethylene terephthalate) — which is used in food packaging, clothing and engineering resins — and polyamide, which appear in kitchen utensils, carpeting and textiles.

Speaking to Salon by email, study co-author Dr. Yan Zhang explained that the scientists hope to determine the causes behind the correlations revealed in their research. All they know for sure is that having a large amount of microplastics in your stool means you are more likely to have IBD. Now they want to know whether the former causes the latter — and, if so, how.

"The relevant mechanism is not yet clear," Zhang told Salon, referring to microplastics as MP. "On the one hand, MP may contribute to the development of IBD. On the other hand, people with IBD may be exposed to more MPs or retain more MPs in their [gastrointestinal tract]."

Millions of people worldwide suffer from IBDs like ulcerative colitis and Crohn's disease; as of 2015, the average annual estimate put the number at 11 million regular sufferers. By definition, IBDs involve inflammation of the colon, small intestine and/or large intestine, and include symptoms like abdominal pain, diarrhea, severe spasms, cramping and rectal bleeding. Part of the reason scientists cannot be sure whether microplastics cause or exacerbate IBDs is that so much about their exact chemical composition is mysterious by design.

"Plastic is a byproduct of petrochemical manufacturers," Jacqueline Doremus, an Assistant Professor of Economics at Cal Poly and expert in evaluating environmental policy effectiveness, told Salon by email in July. "Decreases in demand for oil and gas mean producers betting on plastic. At the same time, more than three-quarters of plastic additives are not disclosed to researchers, the public, or regulators because they are protected as intellectual property or are improperly documented. So we have two forces at work: strong incentives for a powerful industry to increase plastic production and a poor understanding of the sometimes toxic additives they use."

Like other forms of plastic pollution, microplastics have been linked to major health issues like immune diseases and cancer. There is also evidence linking plastic pollution to dropping sperm counts among men, causing some scientists to worry that they will ultimately cause a mass fertility crisis.

Editor's note: This story was updated at 8:21pm ET to correct the units that the plastic concentrations were measured in.

Microplastics and their effects: