Microplastics from car tires are choking out life in freshwater ecosystems 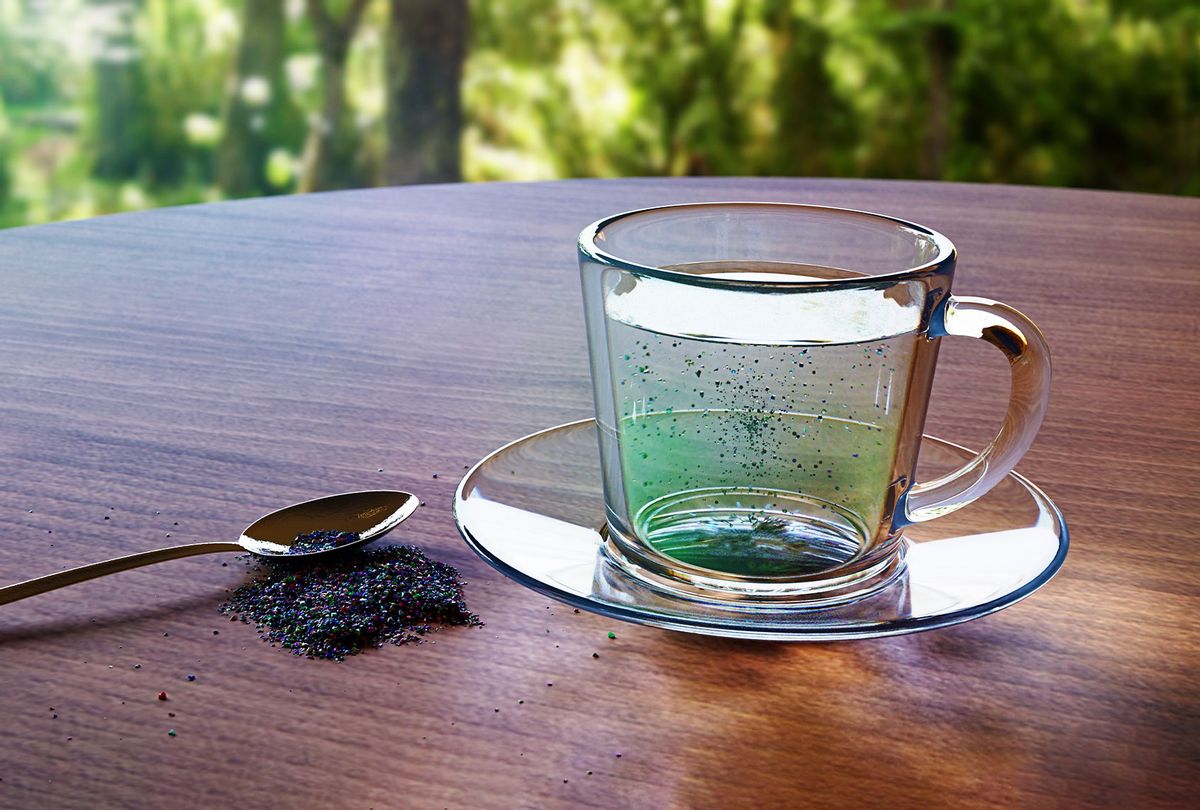 Plastic contaminations in a glass of water (Getty Images/dottedhippo)
--

Without rubber tires, modern automobile-dependent forms of transportation would be impossible. The shock absorption and flexibility of tires are a vast improvement over the wood wagon wheels that preceded them, enabling the development of fast-moving freeways and six-lane highways.

Yet unlike wood, tires slowly leach synthetic microparticles into the surrounding environment. Over the lifetime of an average automobile, roughly 30 percent of a tire's tread will erode and enter the environment. This means that the synthetic rubber, oils, filling agents and other additives all leach into our ecosystem — roughly 1.5 million metric tons of them each year, according to a 2017 study by the International Journal of Environmental Research and Public Health.

That means they are depositing microplastics, or extremely small pieces (less than 0.20 inches) of plastic debris, in the environment — which, as a pair of new studies confirms, means they are poisoning ecosystems.

RELATED: What is microplastic anyway? Inside the insidious pollution that is absolutely everywhere

The results were all the same: The tire particles, and the leachate (or chemicals that leach from those nanoparticles), harmed the organisms in those areas. In the case of the estuary shrimp species, the leachate did not affect their growth but modified their behavior, including by causing them to freeze more often and alter their swimming behaviors. This was also true for organisms in those species that were exposed to the nanoparticles themselves. For the animals in the freshwater ecosystem, exposure to the tire particles and leachate increased both death rates and developmental abnormalities.

"I feel in particular with tire particles that everyone is measuring how much is out there, but very few groups are measuring what impact they are having," Susanne Brander, an assistant professor and ecotoxicologist at Oregon State who led the coastal study on tire particles, told EurekAlert. "That's really the gap we were trying to patch up here."

To address this problem, the researchers suggest that people build rain gardens on the sides of roads to capture tire particles, start adding particle capture devices to automobiles, emphasize the use of green infrastructure and design tires that are more durable.

The issue with tire microparticles hints at a larger problem in which chemicals are used in common products without being regulated. Both plastics and other industrial products that are manufactured in this unregulated way frequently contaminate the environment. It is difficult to assess the scale of the problem because this has been happening for many years, adding obstacles to gauging the number of unregulated chemicals in the environment.

"Plastic is a byproduct of petrochemical manufacturers," Jacqueline Doremus, an Assistant Professor of Economics at Cal Poly, told Salon by email previously. "Decreases in demand for oil and gas mean producers betting on plastic. At the same time, more than three-quarters of plastic additives are not disclosed to researchers, the public, or regulators because they are protected as intellectual property or are improperly documented. So we have two forces at work: strong incentives for a powerful industry to increase plastic production and a poor understanding of the sometimes toxic additives they use."

Tires, despite being associated with rubber, have a surprising amount of plastic. Although most tires today are 19 percent natural rubber, they are also 24 percent synthetic rubber — a plastic polymer.

For more on plastic pollution: