The GOP will never be the "Parents Party": Republicans don't think raising children is real work 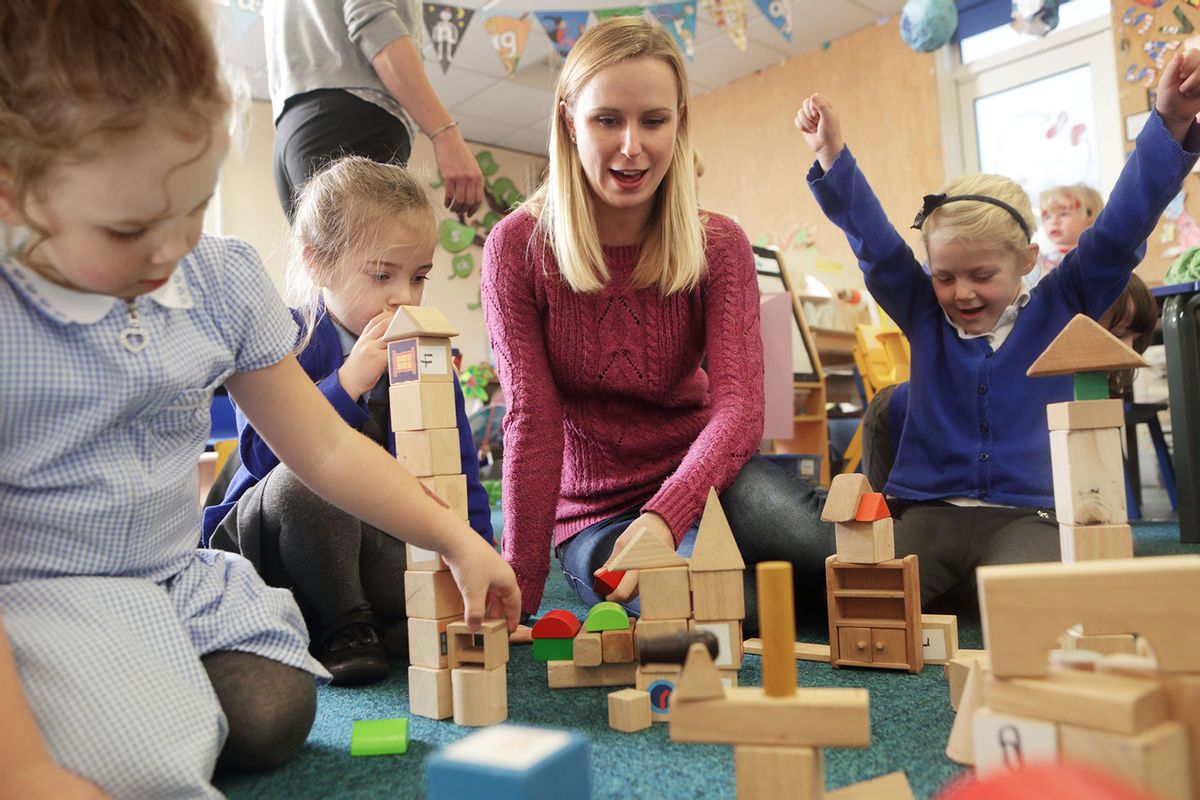 There's nothing Republicans love to do more than wax poetic about parenthood. Dip a toe into red state America and you'll be bombarded with cloying bumper stickers and Facebook memes about how motherhood is the "toughest job in the world." These sentiments aren't sincere, however. They are mostly meant to reassure women who have been sidelined from paid employment that they don't need that silly financial independence anyway. And in the last two years, things have grown worse as Republicans — in an attempt to justify book banning and "don't say gay" laws — have tried to rebrand themselves as a "Parents Party" that supposedly stands up for exhausted folks just trying to care for families.

Caring for and educating kids is hard work. But this sentimental claptrap from Republicans has always been empty noise. Now that Republicans have achieved their goal of banning abortion and making motherhood mandatory, the mask is slipping away. They are now letting loose with their true belief: Child-rearing is dumb and easy, not even really work at all.

The Republican attitude towards child-rearing can be summed up as this: "If women do it, how hard can it be?"

Republicans have absolutely no respect for the people who actually do the hard work of bringing up kids, both in and out of the home. Despite the employment of gender-neutral terms like "parenting," the truth of the matter is child care and teaching are still largely relegated to the realm of "women's work." And there's no number of saccharine slogans that will change the baseline conservatives' assumption that women's work doesn't count as real work.

Thirteen is an "absolutely phenomenal" age to become a mother, according to Jana Pinson, an anti-choice activist who has been granted millions of dollars to run a "crisis pregnancy center" meant to strongarm reluctant women into giving birth. Pinson gushed in a piece published Sunday in the Washington Post about how barely post-pubescent kids should embrace motherhood. "I've seen a lot of 13-year-olds do phenomenal" as mothers, Pinson insisted.

"It doesn't have to be a negative thing," she added, describing forced childbirth on middle school kids.

Her comments soon went viral on social media, obviously due to the widespread horror at the deep immorality of anti-choicers. There is nothing, of course, "pro-life" about this sadistic desire to re-traumatize child rape victims by stripping away their childhoods or forcing young children into motherhood. But Pinson's comment is also telling in another way. It serves as a reminder that conservatives don't treat child-rearing as a serious responsibility.

Thirteen-year-olds aren't allowed to vote, drive, drink, or, in most cases, even attend high school. Hell, Republicans don't believe kids that young are mature enough even to receive sex education or told the truth about racism in American history. More importantly, outside of some odd jobs and very limited part-time employment, 13-year-olds aren't allowed to work for pay. They aren't allowed to live independently of adult supervision. Partially, this is because we're trying to protect kids from having to grow up too fast. But it's also because our society recognizes that kids this young don't possess the intellectual or emotional maturity to handle adult responsibilities. We don't want 13-year-olds driving cars not just for their own safety, but for everyone's safety.

That's why Republicans so often talk about forcing motherhood on women like it's no bigger deal than asking them to pay a traffic ticket.

Yet Pinson believes that these children are fully capable of raising other children. She isn't just some random weirdo, either, but a person with the full faith and credit of the entire GOP establishment. As the Post explains, due to huge infusions of cash from both GOP donors and the Republican-run Texas government, Pinson is building a "$10 million crisis pregnancy center," complete with a thrift store and cafe, all to "attract female undergraduates" in hopes of pressuring them into premature motherhood.

Pinson's attitude belies the larger and truer belief about motherhood that lurks under the GOP's sentimental exterior: It's just child's play, not real work. That's why Republicans so often talk about forcing motherhood on women like it's no bigger deal than asking them to pay a traffic ticket. They can't imagine that being a mother is actually hard work, as their bumper stickers always say.

That patronizing attitude isn't just limited to the work of rearing children, either, but also applies to educating them.

Despite all of the political dramatics around education being staged by Republicans, underneath it all they truly don't think of being a schoolteacher as a real job requiring real skills and training. That's always been evident from the GOP attitude towards teachers' unions, but it's only gotten more pronounced in recent months. The hysterics about fictional "critical race theory" lessons in public schools, as well as their book banning push, provide Republicans even more cover to push their belief that being a schoolteacher is just glorified babysitting. (Although even babysitting is harder work than conservatives will admit.)

Red states are now starting to get rid of the basic requirement that public school teachers have a college education. Under the guise of shoring up the teacher shortage, both Arizona and Florida have dropped the requirement that public school teachers need to graduate college before getting a license to teach. In Florida, having military experience is considered sufficient. Now Iowa's Republican-controlled legislature is moving forward with a similar bill that would allow high school students to run daycare classrooms. The bill would also increase the limit on the number of kids allowed in a class, serving as yet another reminder that conservatives don't think caring for children is real work. They can't imagine that overstuffed classrooms are legitimately overwhelming.

The Republican contempt for childcare and education has never been far from the surface. We see this in the relentless red state "work requirements" put on mothers to receive financial assistance. The push is based on the assumption that the children of lower-income women can simply be put away on a shelf while their mother is at work. Or in the words of Sen. Ron Johnson of Wisconsin, who recently dismissed families' need for childcare at all: "I've never really felt it was society's responsibility to take care of other people's children."

No doubt, like many rich male Republicans, Johnson is able to largely ignore how grueling the daily work of child-rearing and education is. Likely, someone else did it for him, and mostly where he didn't even have to see it. For rich male Republicans, children just show up when summoned, fed, groomed and taught to read as if by magic. The actual grunt work of turning children into functional adults has been concealed from such men by social structures that not only foist this work on women but guilt women into not bothering men with the details. It's just more misogyny.

Red states are now starting to get rid of the basic requirement that public school teachers have a college education.

The Republican attitude towards child-rearing can be summed up as this: "If women do it, how hard can it be?"

In reality, of course, bringing up children is hard work. It can't be done by one adult by herself, much less by those who are still children themselves. Every child needs a staggering amount of attention and care in order to grow into a functional adult. Little kids aren't houseplants or even cats, who can be left alone for hours without supervision. It does, no matter how much Republicans may scoff, take a village to raise a child.

No matter how much Republicans try to brand themselves as the "Parents Party," this derision for the actual work of caring for and educating children tells the true story. Republicans have absolutely no respect for this crucial form of labor at all.