A new Langya virus has infected 35 people in China. Here's what you need to know

A fortuitous caveat: Scientists do not believe that the Langya virus can spread from person to person 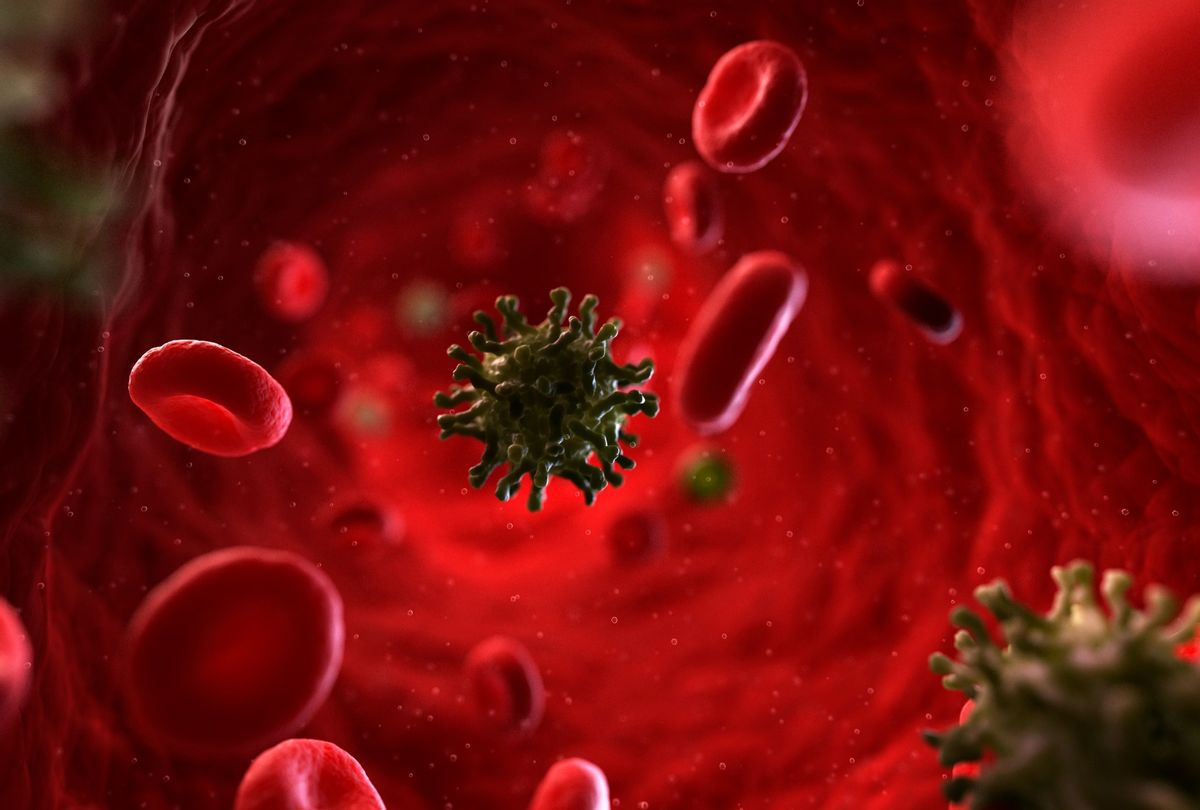 Computer artwork of virus particles in the bloodstream. (Getty Images)
--

Just as COVID-19 began its life as a mysterious virus that crossed over from an animal to humans, it is natural that the public might look at other emergent zoonotic viruses with similar wariness. This, perhaps, explains the recent attention paid to a new Langya virus outbreak in China that has already infected 35 people. Could this lead to another global pandemic?

Fortunately, that is very unlikely, experts say. Unfortunately, that does not mean that the virus is not a threat, as a recent study in the New England Journal of Medicine revealed that there were 35 infections in a pair of eastern Chinese provinces in 2021.

Yet one reason not to be alarmed is, quite simply, that none of those patients died. Another lies in the nature of the Langya virus itself: It does not appear to have spread through human-to-human contact, and the infected patients all had close contact with animals like fruit bats and shrews, which were likely the original hosts.

RELATED: How 40 years without smallpox vaccinations could make the monkeypox outbreak worse

"There are clearly repeated transmission events from what looks to be a common reservoir in shrews," Vaughn Cooper, an evolutionary biology professor at the University of Pittsburgh, told NBC News. "The team did a very nice job of evaluating alternatives and finding that as the most likely explanation."

Yet while this virus does not seem to pose a global threat, it is part of a classification of viruses with a long and ugly history. They are known as henipaviruses.

Henipaviruses are negative-strand RNA viruses that are commonly found in mammals like shrews and fruit bats. Some henipaviruses are very dangerous; the Nipah virus, for instance, has a fatality rate between 40% and 75%. In addition to causing fevers, headaches, coughing and other flu-like symptoms, the Nipah virus can lead to serious side effects like brain swelling (encephalitis), seizures and even comas. Then there is the Hendra virus which has a fatality rate of 57% for the humans that it infects, bringing with it symptoms that can as with the Nipah virus also seem flu-like — and, likewise, can lead to brain swelling and death.

While the Langya virus does not appear to be a global threat, other henipaviruses do pose large problems on the regional level. A February article in the scientific journal PLOS: Neglected Tropical Diseases had this observation about the Nipah virus (NiV).

"Malaysia (43%), Bangladesh (42%), and India (15%) represent all incident cases of human NiV infections worldwide," the authors explained. "Apart from the human catastrophe of high morbidity and mortality rates during documented epidemic outbreaks, the economic impact is tremendous. After the first NiV outbreak in 1999, Malaysian pig industry and related sectors suffered enormous damage, i.e., 1.1 million pigs were culled costing about US$66.8 million with a total decrease in the Malaysian economy of around 30% during that time."

The authors also said that a global spread could arise from henipaviruses that can be spread through person-to-person transmission — such as NiV.

"The capacity for NiV to spread in hospital settings between staff and patients was shown in an outbreak 2001 in Siliguri, India, which affected 66 people," the authors wrote. "The outbreak originated from an unidentified patient admitted to Siliguri District Hospital who infected 11 people. Thus, the ability of NiV to spread from patients to nursing staff has raised concern that the virus might adapt to more efficient human-to-human transmission."