From the new film "Elvis" to real life: Elvis' hair, you were always on my mind 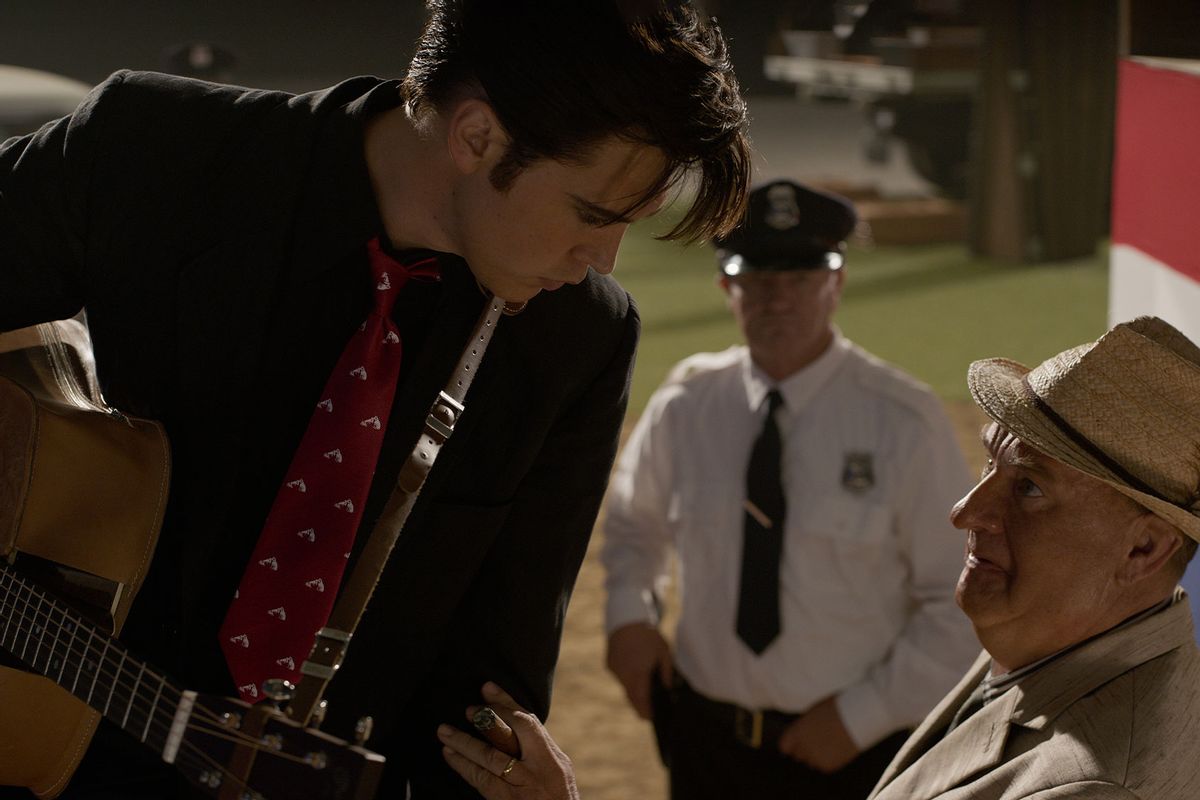 Over at the Culture desk, some of our favorite recent pieces to write have been about character. From Susie on "The Marvelous Mrs. Maisel" to Hope on "Virgin River" to Pumpkin the dog on "The Gilded Age," a big personality can carry a show a long way. Sometimes, that personality comes in an unexpected form.

Is Austin Butler really singing in the movie "Elvis"?

Baz Luhrmann's 2022 film stars Austin Butler as Elvis, the legendary rock 'n roll star and actor. The story is told, oddly, from the point of view of Elvis' manager "The Colonel" Tom Parker, unfortunately played by Tom Hanks in thick prosthetics and an even thicker accent. But as in life, (Butler as) Elvis shines. And as in life, his hair gleams. It should get its own billing. It's thick, pompadoured and black as night.

The singer famous for his jet-black locks dyed them.

Elvis Presley was born a blond, as one portrait hanging in Graceland shows. His hair started to darken somewhat in adolescence to a light brown, but aspiring to look like his heroes Tony Curtis or Marlon Brando, Elvis begin darkening his hair deliberately and dramatically. Not having the money for consistent dye when he was young, he opted for a homemade remedy. His hair looked as black and glossy as shoe polish because it was shoe polish. 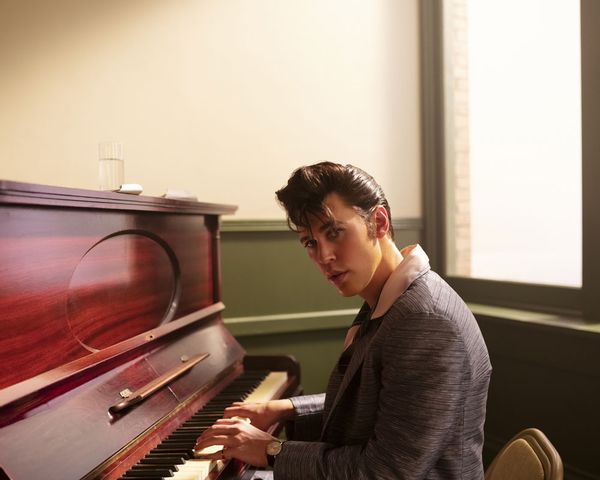 AUSTIN BUTLER as Elvis in "Elvis" (Hugh Stewart/Warner Bros. Pictures)Elvis believed black hair made his natural, bright blue eyes stand out, an effect also accentuated by dark eyeliner. That was a trick he learned from one of his idols, Tony Curtis, according to Presley's wife Priscilla Presley. She told The Hallmark Channel in 2019 about when Elvis met Curtis while filming 1960's "The Rat Race": "Tony Curtis taught him how to put a little black eyeliner, just a little bit, above his eye. And that was a trick back in the day for men as well."

Once the musician was successful enough to afford hair dye, to afford anything he wanted, he adopted, as Classic Country Music writes, a "signature mix of hair dyes: Miss Clairol 51D and Black Velvet / Mink Brown by Paramount." Reportedly, Elvis even asked his wife, who first met her future husband when she was just 14, to dye her hair too, to play up the striking resemblance between them. Priscilla Presley admitted in a 2015 interview, "He did want me to dye my hair black when I was young so we could look alike a little bit." 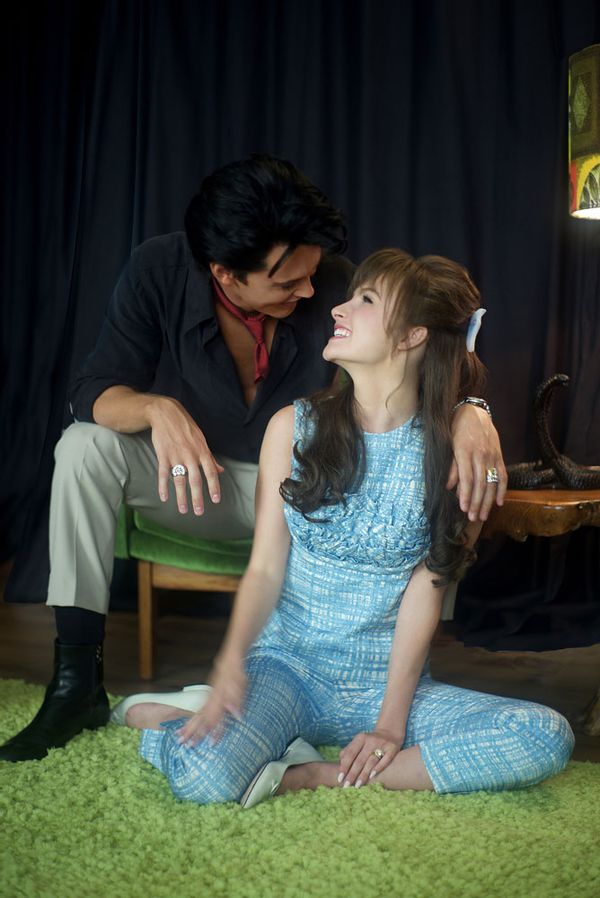 Austin Butler as Elvis and Olivia De Jonge as Priscilla Presley in "Elvis" (Ruby Bell/Warner Bros. Pictures)As Elvis' look changed with the times, so did his hair, moving from a tousled puff to a glistening pompadour to mutton chops thicker than shag carpeting. The film keeps pace with Elvis' changing coifs. As a very young, struggling performer in an oversized pink suit, hunks of hair keep falling into his eyes, like the pieces of his career almost but not quite, not yet, falling into place. His makeup looks thick and runs under the stage lights. The Colonel describes him as having, "Greasy hair. Girly makeup. I cannot overstate how strange he looked."

As the screaming crowds Elvis plays for grow larger, his hair grows sleeker, just as thick and large but polished, controlled. The Colonel is beginning to control him too. 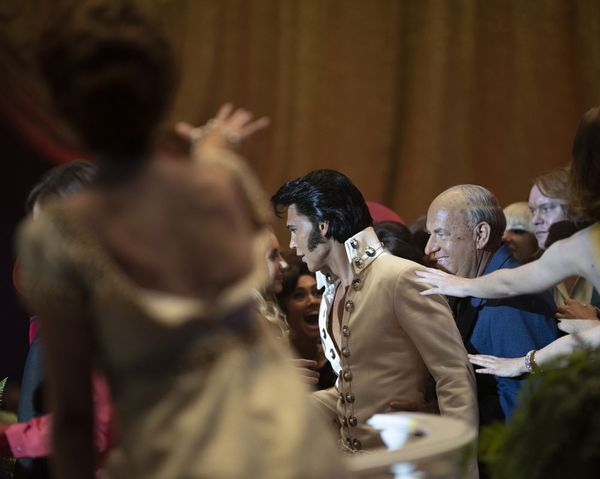 Austin Butler as Elvis and Tom Hanks as Col. Tom Parker in "Elvis" (Hugh Stewart/Warner Bros. Pictures)In real life (as in the film), when Elvis went into the army in 1958 so did his hair.

As TIME writes, "The big question wasn't whether he would pass the [intelligence] test. The big question was what the Army would do about his hair." Elvis anticipated a military cut by getting his sideburns trimmed beforehand, and the resulting cut is less of a buzz than one might expect on a solider, a style that TIME described at the time as "much too dreamy for the Army."

His hair in the film reflects not only career changes but personal and emotional ones as well. Family man Elvis starts to grow his sideburns long. The swoop at the top of his head seems much more deliberate as he sings on an interrupted Christmas special. In Vegas, his hair is long in back, wide as his white bell-bottoms, taking up space as Elvis the figure, larger-than-life.

Mere weeks before the end of his life at 42, in the film his fuzzy black sideburns nearly reach his mouth as the huge audience he's performing for tries to reach out for him. The Colonel's narration tells us, in ailing health, still Elvis "sang with all his life." But despite the emotion pouring from Butler, nary a hair is disturbed.

As a film, "Elvis" is a bit all over the place. As a record of an icon's hair, it's right in place, right where it needs to be.