Antisemitism and white supremacy are evil: This is the moment to make that clear

As Trump and his followers embrace overt fascism, it's time to be specific: They're evil, and must be stopped 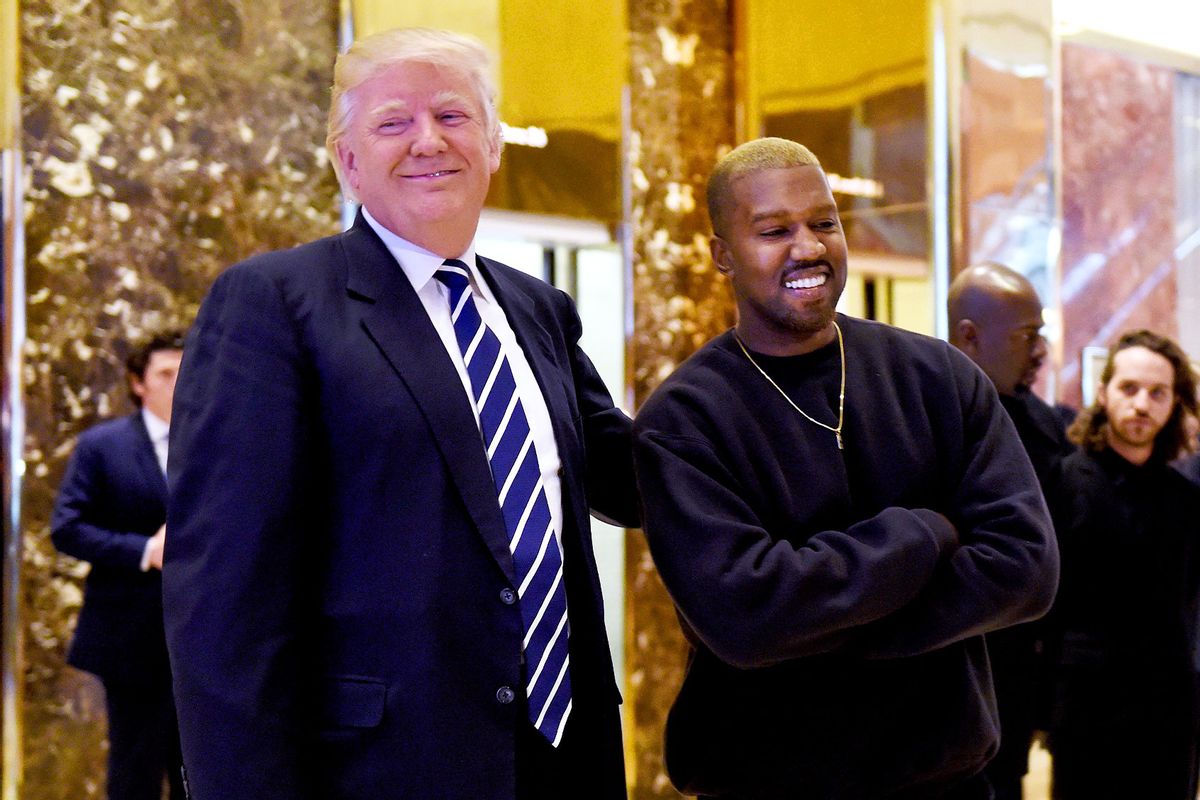 Singer Kanye West and President-elect Donald Trump speak with the press after their meetings at Trump Tower December 13, 2016 in New York. (TIMOTHY A. CLARY/AFP via Getty Images)
--

Over the last few weeks, we have seen Donald Trump, the de facto leader of the Republican Party — and at least for now the frontrunner for the 2024 presidential nomination — come ever closer to a full embrace of the values of fascism, authoritarianism, white supremacy and antisemitism.

Just before Thanksgiving, Donald Trump hosted the infamous dinner at his Mar-a-Lago headquarters with Kanye West (aka Ye), the rapper who has become a public supporter of Hitler and Nazism, and Nick Fuentes, an avowed white supremacist, Holocaust denier and neo-Nazi. In response to the ensuing controversy, Trump reportedly told advisers that he would not condemn Fuentes out of reluctance to alienate some of his most enthusiastic supporters, meaning far-right extremists. During his conversation with Fuentes over dinner, Trump reportedly turned to West and said, "He gets me."

Trump is not "flirting" or "playing footsie" with such people, in the parlance of mainstream journalism. In reality, he is continuing a long pattern of such behavior. He described neo-Nazis and other white supremacists as "very fine people" after the Charlottesville riots of 2017, and has expressed both overt and coded support for the QAnon conspiracy cult, the Proud Boys, the Oath Keepers and similar groups.

In his book "States of Exclusion," historian Richard Frankel offers this context for the relationship between Donald Trump, American neofascism and Nazi Germany:

[A]lready the image of Donald Trump and Adolf Hitler have been linked in a public discussion…. And while such comparisons are often dismissed as hysterical exaggeration or hyper-partisan rhetoric, this historian of modern Germany once again sees enough commonalities with that dark period of history to sit down and describe the danger America currently faces.

Whatever concrete plans Donald Trump might or might not have for his presidency, it is clear to me that he has ideas about what America should look like, a kind of ideal national community.

For Trump, "making America great again" means making it a white, Christian, male-dominated society. With the authoritarian powers he desires, he could maintain the appearance of democracy, while in reality, only "real" Americans would enjoy certain rights.

The rest, having been pushed to the margins of society, would be subject to the whims of Trump's autocratic regime. And those pushed beyond the boundary? They would no longer be of any concern to "real" Americans.

It's a vision reminiscent of Hitler's effort to create his ideal national community — a society in which only "real" Germans would enjoy the benefits of citizenship.

Last Friday, Joe Biden, endeavoring to take up his role as the nation's conscience, posted this on Twitter:

I just want to make a few things clear:

Hitler was a demonic figure.

And instead of giving it a platform, our political leaders should be calling out and rejecting antisemitism wherever it hides.

Biden, reflecting his deep and ingrained desire to serve as a healing and unifying force, did not specifically name West, Fuentes, Trump or conspiracist Alex Jones, who hosted West for a memorable interview on his internet show last Thursday.

Arguably the president should have done so. Purveyors of hatred should be called to account. That having been noted, Biden still did something critically important by highlighting the role of evil in the context of America's democracy crisis and related struggles. For the most part, that type of moral engagement has been lacking among America's political class and news media during the Age of Trump and beyond.

That near-pathological fear of using direct moral language is rooted in the misplaced commitment to "normal politics," which prioritizes concepts such as compromise and moderation and also in the guiding assumption that moral language should be avoided in politics at risk of appearing unfair, biased or judgmental. The same elites who avoid a moral framework also remain beholden to the myths and fantasies of American exceptionalism and the credo that the "American people," whoever they are, are fundamentally good.

Those failures have opened up the space for Trumpism, neofascism, white supremacy and antisemitism to flourish and prosper. In a 2019 interview with Salon, philosopher Susan Neiman reflected on these questions of evil in the Age of Trump:

Donald Trump meets every single criterion for using the word evil — and he keeps meeting it every day. Evil is a word that should be used with caution. I believe that many people, particularly a certain type of liberal centrist, were put off by the way in which George W. Bush was described as being evil. I also argue that Bush is evil and I explored this in my book "Moral Clarity." Unfortunately, the description of "evil" has been so overused that many people just believe that it is a type of name-calling.

I disagree. When we relinquish the use of language like "evil" we are leaving the strongest linguistic weapons that we have in the hands of the people who are least equipped to use them. But I do understand the caution and anxiety about using that language. Given the way that Trump's supporters and the broader right-wing movement in America works, I am unsure if describing Trump as being evil would actually bring any clarity to the conversation. That does not mean that accurate language for describing Trump and what he represents should be avoided.

The refusal or reluctance to discuss Trumpism, neofascism, racial authoritarianism and other such ideologies and beliefs in clear, direct moral language has also enabled those forces to mainstream their toxic policies and ideas. A central part of this strategy involves deploying and amplifying disingenuous claims about "free speech" as a way to exploit how the liberal democratic tradition privileges such values.

In reality, fascists, white supremacists and antisemites are intellectually dishonest actors who are, of course, not actually committed to the liberal democratic tradition. They only seek to leverage its weak spots in order to destroy it.

Entirely too many liberals and progressives are overly willing to give such malign actors a platform or to engage them in "debate," which only legitimates their toxic and dangerous ideas.

To this point, Republicans and "conservatives" with the assistance of the compliant news media, have successfully branded themselves as the guardians of "values" and "morality." That was always an absurd claim, and today it is obscene. If pro-democracy Americans can successfully present Donald Trump's movement and the neofascist right in clear moral terms, they can seize a crucial opportunity to shift public opinion and gain important traction in the battle to save the country's democracy. The choice before us is clear enough: Avoiding the moral high ground, in an excess of delicacy or a desire for "dialogue," is to invite disaster.

about the contest for democracy