Do COVID-19 vaccines really have worse side effects than other vaccines? Here's what experts say

Anti-vaxxers say COVID-19 vaccines are risky due to side effects. Here are the facts 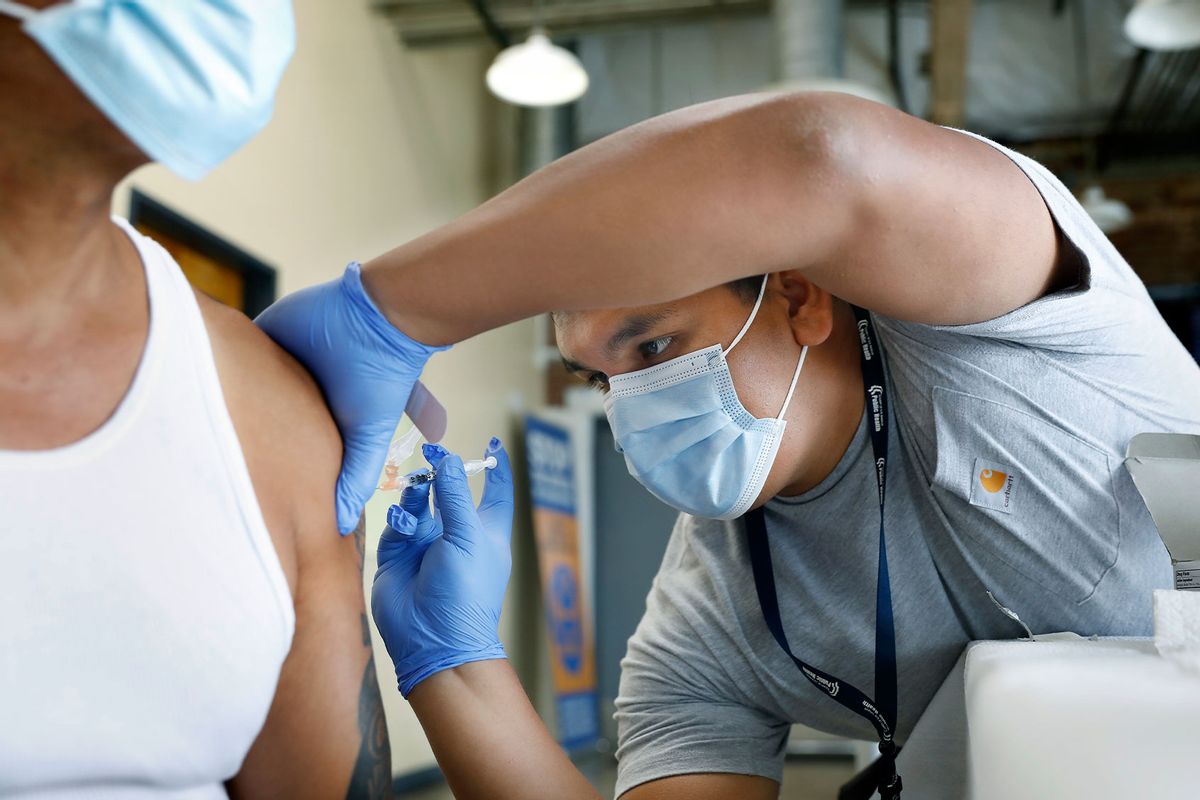 Since the COVID-19 vaccines were first released to the public, a common narrative has emerged around their side effects — namely, that they're pretty bad. Anecdotal evidence suggests that the the second of the two-shot Moderna vaccine had worse side effects than the Pfizer vaccine, though both were purportedly worse than average; meanwhile, the Johnson & Johnson vaccine suffered a public image blow when it was paused for distribution because four women suffered serious blood clot side effects.

But personal anecdotes do not make for good science; one influencer suffering a rough vaccine side effect, and, say, popularizing their story on Instagram, is different from a scientific study that looks at thousands of patients to ascertain the average severity of side effects. So, from a statistical perspective, it is worth asking: did COVID-19 vaccines — and the boosters that followed — really have side effects that were that bad compared to other, less novel vaccines and boosters?

"The vaccine side effects from COVID-19 vaccines are generally the same as with other vaccines."

Salon spoke to experts who suggested the narrative around side effects was actually overblown — and suggested that actually COVID vaccine side effects weren't that different than the side effects for other vaccines that have been around for longer. That implies that the mass simultaneous uptake of COVID-19 vaccines may have, in part, contributed to a cultural narrative that the vaccines produced particularly harsh side effects, but which may not have been true compared to all other kinds of vaccines.

"The vaccine side effects from COVID-19 vaccines are generally the same as with other vaccines except for the rare episodes of myocarditis in young men which can be circumvented by increasing the duration between doses," said Dr. Monica Gandhi, an infectious disease doctor and professor of medicine at the University of California, San Francisco.

The word "rare" is key in Gandhi's last statement, as myocarditis is extremely uncommon among people who take the vaccine and became even less so when the booster doses were spaced apart by 8 weeks instead of 3 weeks. More common COVID booster side effects include those that accompanied the primary vaccination series: Sore arm at the injection site, feverishness, fatigue, muscle pain, chills "and other systemic responses." For young men worried about the slight risk of myocarditis, Gandhi said she  would "strongly recommend at least 6 months between the last booster or infection and another booster dose."

Dr. Peter Hotez, the co-director of the Texas Children's Hospital Center for Vaccine Development, told Salon by email that he has not "seen anything specific to this new bivalent booster in terms of side effects." He warned that not having updated vaccinations actually put one at far more risk than, say, a few measly side effects.

"We do know there are consequences of not getting booster every 4-6 months in terms of increases in hospitalizations, so it's critical to get your booster," Hotez pointed out to Salon.

"If you weren't vaccinated, the virus itself could cause myocarditis," Haseltine observed.

Experts with whom Salon spoke emphasized that despite any rumors of serious side effects, the vaccines are incredibly safe. Dr. William Haseltine, a biologist, told Salon that the mRNA vaccines developed to fight the COVID-19 pandemic are not just safe, but "amongst the safest vaccines ever developed." He added that the most frequent confirmed side effect is injection site soreness, with other side effects like muscle pain and feverishness occurring less often. Even the side effects related to myocarditis are "transient — emphasize transient myocarditis — particularly in young men" and are "most likely due to inadvertent injection of the vaccine into a blood vessel when it's put in intramuscularly." In other words, because of a nurse mistake. Perhaps most important, COVID-19 is far more likely to give one myocarditis than the COVID-19 vaccine.

"If you weren't vaccinated, the virus itself could cause you myocarditis," Haseltine observed. As such, "in the balance of things, I agree with the recommendation that it is much better to be boosted."

Gandhi summed up the consensus view rather succinctly.

"Vaccines are remarkably effective against preventing severe disease and death from COVID-19 as shown in multiple studies," Gandhi wrote to Salon. "It is more risky to get infected without a vaccine than with a vaccine given the incredible benefit of the vaccines in reducing hospitalizations and deaths from COVID-19."

Still, misinformation about the side effects of COVID-19 boosters, and their relationship to the immune system, has proliferated. Perhaps the most infamous example occurred over the summer when a clip from an interview with Marco Cavaleri, the head of Biological Health Threats and Vaccines Strategy at the European Medicines Agency (EMA), was edited to appear out of context and went viral. Cavaleri warned about the risk of administering booster shots too close together, among other things saying that "we cannot really continuously give a booster dose every 3 or 4 months. If we have a strategy in which we give boosters, let's say every 4 months approximately, we will end up potentially having a problem with the immune response, and the immune response may end up not being as good as we would like it to be."

These remarks were later misconstrued by anti-vaccine advocates as indicating that COVID-19 booster shots would more broadly damage your immune system.