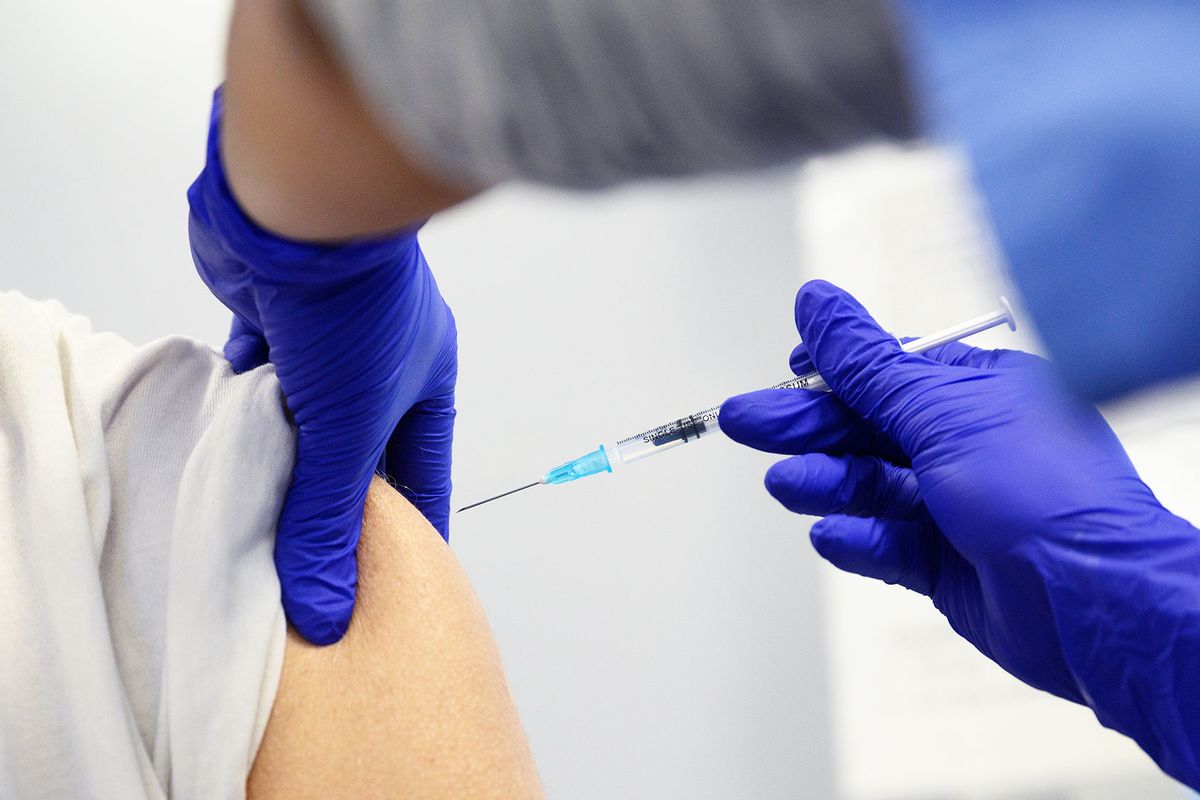 Like a sinister game of Whac-A-Mole, every time a COVID-19 conspiracy theory is debunked, another one emerges anew. The latest conspiracy theory making the rounds in anti-vaccine social media circles is the idea that multiple COVID-19 boosters somehow destroy one's immune system.

The claim resurfaced again last week, likely due to recent news about the possibility of omicron-targeted booster shots arriving this fall. As Salon previously reported, the U.S. Food and Drug Administration (FDA) advised manufacturers to reformulate booster shots to specifically protect against the BA.4 and BA.5 omicron variants earlier this month. One video making the rounds featured a news anchor stating that European Union regulators were warning that frequent COVID-19 booster shots could negatively affect the immune system.

So, is there any truth here — or is this just another bout of anti-vaccine disinformation?

While the context in which the video was shared made it appear to be recent news, the claim dates back to January 2022, when experts from the European Medicines Agency (EMA) argued at a press conference that COVID-19 booster shots should not be given too close together. The video is a clip from when Bloomberg Quicktake Now reported on the conference.

"We are rather concerned about a strategy that entangles repeated vaccination within a short term; we cannot really continuously give a booster dose every 3 or 4 months," said Marco Cavaleri, the head of Biological Health Threats and Vaccines Strategy at the EMA press briefing in January 2022. "If we have a strategy in which we give boosters, let's say every 4 months approximately, we will end up potentially having a problem with the immune response, and the immune response may end up not being as good as we would like it to be."

As Cavaleri noted at the press conference, there were hypothetical concerns about multiple boosters for a couple of reasons. One concern took into account that booster shot-makers are apt to be playing a constant game of catch-up with the next variant, which might not make them as effective as they could be. Then, there's the risk of the general public growing tired of the need for new shots.

"There is the risk of fatiguing the population with the continued administration of boosters," Cavaleri said.

Notably, Cavaleri never advocated against giving boosters, nor did he question the safety and effectiveness of the COVID-19 vaccines. Rather, he was supporting the idea of issuing boosters, but in a more spread-out timeframe.

"It would be much better to start thinking about an administration of boosters that are more spaced in time," Cavaleri said. "Ideally, if you want to move towards a scenario of endemicity, then such boosters should be synchronized with the arrival of cold season in each of the hemispheres, similarly to what we are doing with the influenza vaccine."

"There is no evidence that repeated boosters weaken the immune system," Dr. Monica Gandhi told Salon. "In fact, this important paper shows that any exposure or any booster actually broadens and diversifies the T cell memory repertoire (e.g. expands your immune response)."

Yet Cavaleri's remarks from January have been repeatedly decontextualized to fit an anti-vaccine agenda and scare the public into not getting boosters. Currently, about half of vaccinated Americans have received a single booster. Only a quarter of boosted people over the age of 50 who are eligible have received a second one. This newest piece of misinformation, that, boosters will "destroy" or ''ruin" a person's immune system, has been perpetuated by anti-vaccine talking heads like Robert Malone and Alex Jones.

Experts affirm that the notion that "too many" boosters will ruin peoples' immune systems isn't true. In fact, boosters do just the opposite.

"There is no evidence that repeated boosters weaken the immune system," Dr. Monica Gandhi, infectious disease doctor and professor of medicine at the University of California–San Francisco, told Salon via email. "In fact, this important paper shows that any exposure (breakthrough infection) or any booster actually broadens and diversifies the T cell memory repertoire (e.g. expands your immune response)."

Gandhi pointed to a second paper published in Nature that suggests either exposure to the virus or a booster shot can help a person's immune system be better prepared to respond to newer subvariants.

"Repeated boosters seem to provide enhanced protection, and they seem to actually broaden the immune response," William Schaffner, a professor of infectious diseases at the Vanderbilt University Medical Center, told Salon. "And that broadening is important, because you get better coverage against the variants."

Schaffner added that a booster, in general, "does what its name suggests." In other words, it boosts the immune system — it does not weaken it.

"It reminds the immune system to get active again, and the immune system makes the protection — the antibodies — and does so in an enhanced way," Schaffner said. "It does it better than previously — that's what the booster is designed to do — so you get more antibodies, and you get a broader representation of antibodies."

In the case of the COVID-19 vaccines, boosters have been necessary for two reasons, Schaffner said. The first being that the virus has been mutating, which may reduce efficacy of the initial vaccine. The second reason is that immunity wanes after several months, according to multiple studies.

"This is a virus that is very different from, for example, the measles virus. The measles virus is very stable, it doesn't mutate, and once you get vaccinated securely against measles, you're protected for life," Schaffner said. "The whole group of coronaviruses are a different family, and their immune response is not as long-lasting as it is against measles."

Finally, Schaffner added that the COVID-19 vaccines being presented as a two-dose series, plus a booster, was a "misnomer."

"We first said, 'oh, COVID vaccines are a two-dose vaccine' and then we'll get a booster,'" Schaffner said. "The vaccines really were a three-dose vaccine, so don't get all hung up on the name."

Read the latest news on COVID-19: