Why vaccines sometimes have bad side effects

American comprehension of immunology is piecemeal, as evinced by the attitude towards the Johnson & Johnson vaccine 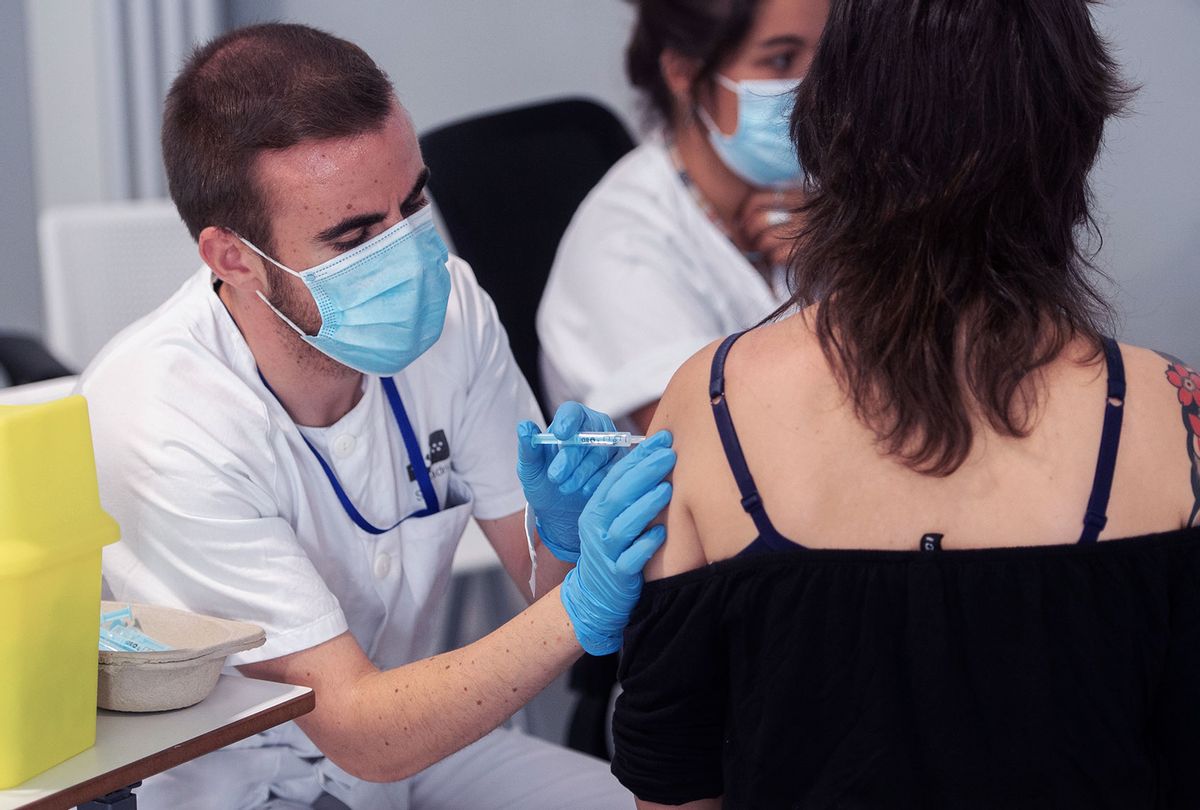 On Monday, the Food and Drug Administration (FDA) updated the label on the Johnson & Johnson vaccine to account for the possibility, however remote, that patients could develop a rare neurological condition called Guillain-Barré syndrome. This is not the crisis that some might believe it to be: The FDA was unable to definitively establish whether the vaccine itself causes the condition,  and the odds of getting the disease from a COVID-19 vaccine are less than getting it from SARS-CoV-2, the virus which causes COVID-19.

Even so, scientists who want to get as many people vaccinated as possible still acknowledge the need to be forthright about the possibility of vaccine side effects. Public trust in science faces something of a minor crisis, as evinced by the number of Americans who believe in pseudoscientific conspiracy theories about vaccines; to that end, transparency about vaccines and their side effects are crucial to building public trust.

"How to communicate about the vaccines is a real dilemma," Michael Bang Petersen, professor of political science at Aarhus BSS, Aarhus University, told SciTechDaily. "Politicians have a desire to stop the pandemic as quickly as possible, and this may give them an incentive to tone down the negative sides of the vaccines in order to vaccinate as many people as possible."

Yet vaccine hesitancy may derive, in part, from a basic science literacy problem. Few Americans know the immunological reasons that vaccines might cause side effects. Indeed, immunology is not a topic taught in primary or secondary schools — at least not in detail — in the United States.

Although vaccines sometimes have serious side effects like swelling of the face and throat, difficulty breathing, dizziness and weakness, rashes or increased heartbeat, the symptoms are usually more mild: pain and swelling where the shot was administered, fatigue, aching muscles and joints, chills and feverishness.

So why do these things happen? A vaccine's function is to provide your immune system with a helping hand as it goes about its business protecting you from pathogens (any microorganism, such as a bacterium or virus, that causes disease). Think of your immune system like a symphony orchestra: Different instruments have to be used to make everything work harmoniously. Leukocytes (better known as white blood cells) directly attack the pathogens by devouring them (phagocytes) or recording important information about them so the body will be on guard in the future, as well as helping destroy them (lymphocytes). There are two types of lymphocytes, B lymphocytes that identify pathogens and T lymphocytes that take them down. The B lymphocytes have a critical job here, as they create antibodies to recognize antigens (foreign substances) when they are detected.

This is where vaccines come into play. Their job is to help your lymphocytes recognize potential pathogens in a way that won't put you in danger. They train the immune system to recognize pathogens by introducing either a weakened or dead version of the pathogen or (in the case of mRNA vaccines) a synthetic strand of RNA that will help the cells produce proteins similar to those on the pathogen.

This is critical to understanding the origin of vaccine side effects. As Jonathan Jarry M.sc. wrote for McGill University, the immune system is wondrously complex, which means that there are many variables which play a role in how a vaccine is received by the body.

"Our immune system is a little bit like those massive battle sequences in the 'Lord of the Rings' movies: impressive in scope and involving innumerable agents all performing different functions," Jarry explained. For instance, the immune system releases a molecule after a vaccination known as a vasodilator, which inflates local blood vessels and can cause swelling and redness near the injection site. If other molecules released after a vaccination interact with the central nervous system, they can tell the brain to constrict blood vessels and produce heat internally, leading to chills.

The composition of the vaccine itself is also critically important. Different vaccines have varying amounts of the pathogen in question, and use different adjuvants, or molecules included to stimulate immune responses. These can play a role in how individual bodies react to the vaccines, as does the site of the injection (muscle injections usually cause fewer side effects than injections into subcutaneous fat). That means oftentimes, side effects are a result of reactions to adjuvants, not the deactivated virus in the vaccine itself.

Because vaccines have to be manufactured in sterile and carefully monitored conditions, any laxness or error on the manufacturers' part can cause side effects. The state of mind of the person receiving the injection are also influential: If you are more stressed, you are more likely to experience an adverse response due to stress hormones or by simply freaking yourself out.

There is a lot that we don't know about vaccine side effects, however, for the simple reason that it can be very tricky to prove that a given medical problem was caused by a vaccine. Often there aren't specific biomarkers to check for that can ascertain whether a vaccine caused a given problem. What's more, because adverse reactions can happen within days or weeks of the vaccination itself, it is often guesswork as to whether a given problem was actually caused by the vaccine.

Fortunately, pharmaceutical companies don't want you to experience side effects any more than you do, and as such clinical trials are put in place to protect consumers. These clinical trials occur in phases, although phases are really considered to be separate trials of their own. Scientists do not jump from developing a vaccine to administering it; they are extremely careful, every step of the way, to test their vaccines on groups of patients to make sure they are safe and effective. Phase I involves a small group of people to determine if it is safe and induces a detectable immune response, researchers move to Phase II, which expands the study to include people from groups who particularly need the vaccine, such as people who are elderly or sick. Phases III and IV further expand the group once the first two phases have revealed a sufficient degree of safety. They often include thousands of participants and last until a vaccine is released to the public.

Despite these safety measures, there have been a handful of major tragedies linked to vaccines. In 1955 the government quickly approved a polio vaccine which then accidentally mass produced a version that included live versions of the polio virus instead of inactivated ones. This fiasco became known as the Cutter Incident, leaving several hundred children paralyzed and roughly 10 dead. Then there was the batch of polio vaccines that were contaminated with simian virus 40 (SV40), which originates in monkeys, because the scientists would grow the virus on tissues from rhesus macaques. This had an effect on between 10 percent and 30 percent of the polio vaccines distributed between 1955 and 1963.

These occasions are few and far between, and even if the Johnson & Johnson vaccine is proved to have caused the side effects that raised alarms, it is still very unlikely there will be a fiasco anywhere comparable to the Cutter Incident. Scientific authorities are not trying to discourage people from being vaccinated, but urging a nuanced approach to the subject. The risks of not getting vaccinated are far, far, far greater than the risks of being vaccinated.