McCarthy's concessions send a signal to violent extremists: House Republicans will have your back 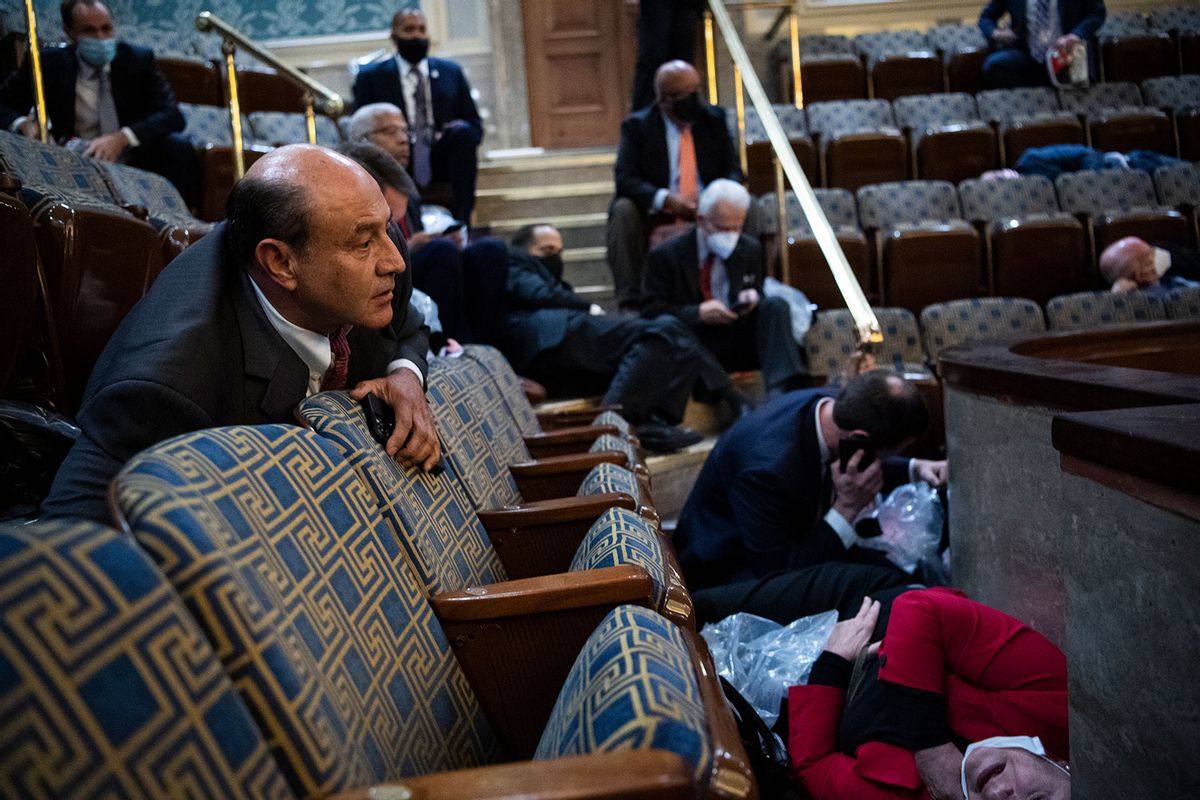 Throughout the battle between House GOP leader Rep. Kevin McCarthy of California and a small group of congressional Republicans blocking his election as Speaker, most media coverage of negotiations has focused on arcane procedural disputes. The anti-McCarthy faction calls for more control over House committees and more power to oust a Speaker, and promises to hold votes on certain controversial issues. The press excitement stems from the suspicion that the demands are arbitrary and capricious, believed to be little more than a way to justify what is primarily an effort to oust McCarthy as a raw show of power.

But while some of these demands are alarming because they invite legislative chaos for the next two years, there's one aspect of this very public fight that may be even more dangerous: The way that both the demands of the anti-McCarthy group and his concessions to them could signal to would-be domestic terrorists that they have the support of the Republican party. While the conflict between McCarthy and his Republican opponents seems at a stalemate as of Friday morning, both sides do agree on these security-related issues. Two years after Donald Trump incited an insurrection at the Capitol in a desperate bid to remain in power, the Republican-controlled House is making moves that read strongly as winking encouragement not just to the people who rioted that day, but to anyone who would follow in their footsteps.

"At this point, the Republican party's entire strategy is incitement," Melissa Ryan, an expert in right wing extremism who writes the "Ctrl Alt-Right Delete" newsletter, told Salon. "They're keeping the MAGA base constantly worked up with increasingly violent rhetoric."

Even before the drama of seeing McCarthy repeatedly lose the vote to become Speaker began, the first, dramatic gesture was made by House Republicans: The metal detectors in the halls of Congress were taken down, even though it's not at all clear that, without an elected Speaker, Republicans have the authority to do this. The detectors were installed after January 6, as then-Speaker Nancy Pelosi worried about more attacks on Congress, or even that some of the more insurrection-sympathetic members may pose a danger to their colleagues. Since then, her worries have only been substantiated, as more radical Republicans in Congress complain about the detectors, implying their presence is an assault on their Second Amendment rights to carry weapons on the House floor.

David Neiwert, a journalist who covers domestic terrorism, told Salon the gesture echoes of how Trump wanted no "metal detectors at his speech" on January 6, "because he didn't believe anyone would be bringing a gun to attack him." The people who were in danger were primarily congressional Democrats. Taking down the metal detectors, Neiwert argues, "sends the same message" to Democrats in Congress.

Some other items McCarthy agreed to in negotiations are just as concerning, if not more so. He offered to reinstate the Holman rule, which would allow the House to vote to terminate the salaries of any federal employee. The goal of this, Greg Sargent of the Washington Post notes, is to threaten the salaries of any federal law enforcement officials who are investigating Trump or anyone else connected to the January 6 insurrection or other domestic terrorism plots.

McCarthy also agreed to create a subcommittee of the Justice committee titled Weaponization of the Federal Government, claiming it's necessary to investigate FBI and other federal law enforcement overreach. Detractors, however, argue that this is meant to elevate Donald Trump's conspiracy theories about the "deep state" and to delegitimize efforts by the FBI to investigate and prosecute domestic terrorists.

"This new committee sounds like it was ripped from a Tucker Carlson monologue," Matt Gertz, a senior fellow at Media Matters, told Salon. "The Fox star and his ilk have spent the last two years concocting an alternate reality for their viewers in which the people who stormed the U.S. Capitol on Jan. 6 and assaulted scores of law enforcement officers are actually the real victims of a purported war President Biden's administration is conducting against his political opponents. You can bet that they will amplify and cheer on whatever that body ends up doing."

Many of the Republicans pushing for this committee have gone on the record claiming that January 6 insurrectionists who have been arrested and charged are "political prisoners." There have also been efforts to frame the way that President Joe Biden's Justice Department has looked into right wing threats against election workers and local school boards as scandals. Republican politicians and pundits have been falsely claiming that the Biden administration is criminalizing peaceful protest when, as the Associated Press found, the investigations have been targeted toward legitimate threats.

GOP in utter shambles, and Democrats are loving it: But it's a bad look for America

"For McCarthy to take these steps, especially after the recent attack on Paul Pelosi, is an open invitation to reenter the Capitol and commit more violence," Ryan pointed out, referring to a violent attack on the outgoing Speaker's husband, after an alleged would-be kidnapper broke into the Pelosi home. She noted that McCarthy isn't just endangering "his colleagues and everyone else who works in the building," but "also putting himself and his staff in danger," especially now that he's become such a hate object for the MAGA right.

Domestic terrorists are emboldened when they feel supported by their political leaders. This was amply demonstrated by the January 6 committee, who repeatedly showed in their hearings and final report that the people who stormed the Capitol on January 6 did so because they felt like Trump was telling them to do so. "We basically were just following what he said," Stephen Ayers, a rioter who testified before the committee, explained. (Trump has denied that was his intent, but the committee has strenuously disagreed, pointing both to reports that he wished to join the rioters and the hours he spent resisting those who urged him to call the whole thing off.)

It's not just political point-scoring and posturing to shame politicians who make jokes about or minimize political violence. There's legions of people out there who are ready to take violent action, and are often just waiting for a cue that such actions would be welcomed by the people they view as leaders. There's all manner of speculation — from political expedience to true belief — about the intentions of Republicans behind gestures like taking down the metal detectors or framing insurrectionists as the real victims. But whatever their reasons, there should be no doubt about the risks. These moves are easy to read as endorsements of political violence. Unfortunately, the country is rife with people who are eagerly awaiting such signals as their cue to act.