A measles outbreak is happening in Ohio. Experts warn this won't be the last

"The guardrails have been taken off": Health misinformation is leading to outbreaks in unexpected places 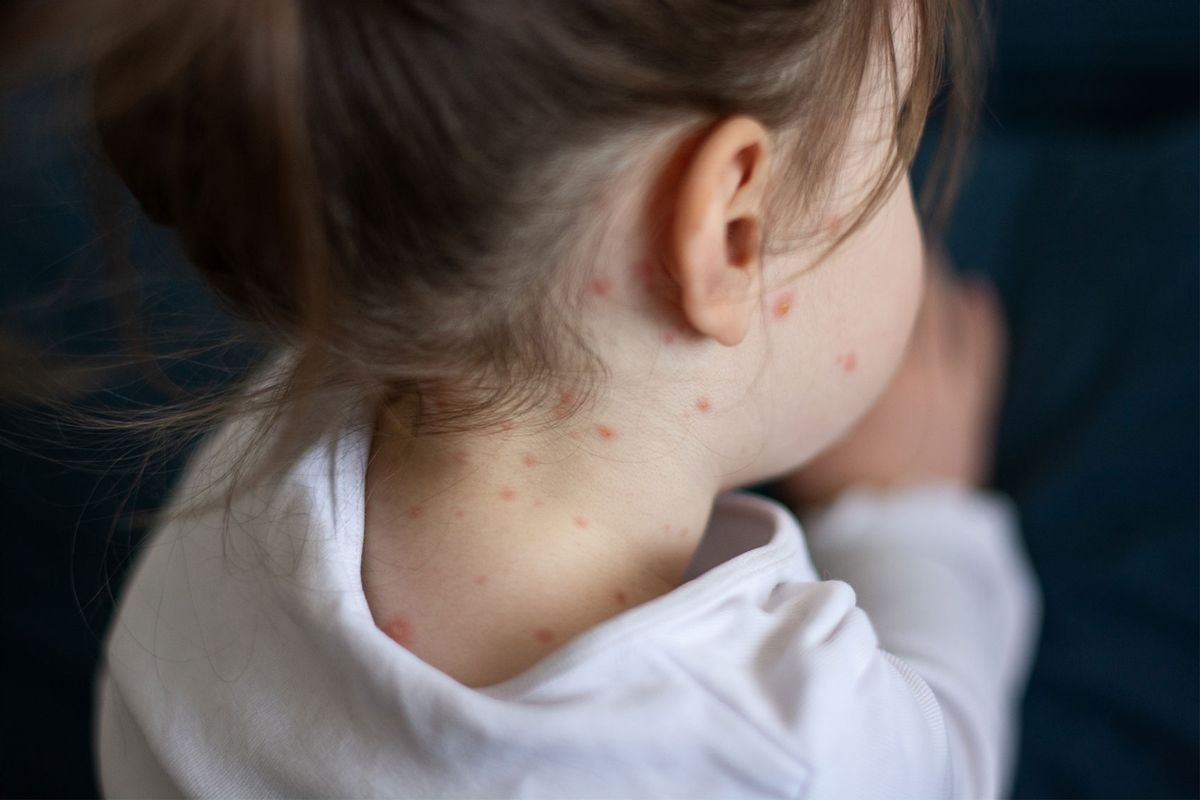 Girl with measles on their body (Getty Images/StockPlanets)
--

In November, as rising case number for RSV, flu and COVID worried parents across the country, parents in Ohio were faced with another, unexpected threat to their children's health: the measles.

Ohio's Columbus Public Health (CPH) and Franklin County Public Health (FCPH) announced a week into the month of November that they were investigating a measles outbreak — at the time four children, associated with a local child care facility. Measles, which can be easily spread by coughing, talking or being in the same room, is highly infectious. Indeed, measles is estimated to infect 90 percent of unvaccinated people who are exposed. It is also astonishingly contagious: only one virus, SARS-CoV-2 (which causes COVID-19) is known to be more contagious than measles.

Most adults and older children are vaccinated against measles, but the measles-mumps-rubella (MMR) vaccine isn't offered to kids under the age of one. That means that infants are often the most vulnerable.

Measles deaths occurred by the thousands in the first two decades of the 20th century. But by 2000, measles was declared eliminated from the United States, and no deaths were reported until 2015 when a woman in Washington was the first to die in 12 years due to complications from measles.

"This is certainly more significant than we've seen in years."

Since then, there has been an overall significant resurgence in the incidence rate of measles across the U.S. — like the most recent outbreak in Ohio. Initially, more than a dozen unvaccinated Ohioan children were infected, with nine of them hospitalized. The Centers for Disease Control and Prevention (CDC) responded and deployed a small team to help assist with the outbreak. But by December, the number of infected children grew to 59. Most recently, as of January 6, the number of measles cases has increased to 82 cases; 33 of those were hospitalized.

"Most of the measles outbreaks that we've had have been very limited to just one or two cases," Dean Blumberg, chief of pediatric infectious diseases and associate professor in the Department of Pediatrics at the University of California, Davis, told Salon. "This is certainly more significant than we've seen in years.

Doctors recommend that children get vaccinated against measles in two doses: the first dose between 12 and 15 months of age, and the second between four and 6 years old. The reported numbers are concerning, as a majority of these children weren't vaccinated at all. One dose of measles vaccine is about 93 percent effective at preventing measles; two doses are about 97 percent effective.

According to the CDC, an estimated 90 percent of children in the U.S. are vaccinated against measles. But why are there increasingly clusters of parents who are opting not to vaccinate their children? The primary reason is vaccine misinformation, a problem that predated the COVID-19 pandemic. While vaccine hesitancy among parents is usually thought of to be prevalent in states like California, which infamously had a measles outbreak in 2014, the movement is taking hold in the Midwest, too.

"Here in Ohio, we have some pretty active anti-vaccine groups,"said Tara Smith, a professor of epidemiology at the Kent State University College of Public Health, told NBC News. "I'm really worried that this is something that is becoming more entrenched here."

Blumberg told Salon there are two big false claims that surround the measles vaccine for children.

"One is that they're worried about the adverse effects of the measles vaccine itself, and the most common thing that people talk about is autism — and that's been thoroughly debunked,"  Blumberg said.

"Unfortunately with the way social media is set up these days, the guardrails have been taken off and there's a lot of misinformation out there that goes totally unchecked."

Indeed, research published in 1998 by a British physician named Andrew Wakefield claimed to find evidence of a correlation between childhood measles vaccines and autism. That study has since been roundly discredited. Wakefield has also been barred from practicing medicine in the UK.

The Journal of American Medicine wrote recently that "receipt of the MMR [measles, mumps, rubella] vaccine was not associated with increased risk of ASD, [Autism spectrum disorder]."

"Although most people do recover, some children do die of measles or can be left with blindness, brain damage or other issues," Blumberg said. "Measles can result in pneumonia, can weaken the immune system, and make children vulnerable to secondary infections, and so it can be quite severe."

Blumberg said there needs to be consistent public health messaging, but he believes that's harder to do with social media these days.

"Unfortunately with the way social media is set up these days, the guardrails have been taken off and there's a lot of misinformation out there that goes totally unchecked," he said. "I really do encourage anybody that has any questions about vaccination to really trust your health care provider, talk to them — they are an important source of reliable information, not an influencer or a celebrity."

As for the outbreak in Ohio, it appears to be slowing — but public health officials worry this is not a fluke, but perhaps the new normal, and not just in the United States but around the world.

"The record number of children under-immunized and susceptible to measles shows the profound damage immunization systems have sustained during the COVID-19 pandemic," said CDC Director Dr. Rochelle P. Walensky. "Measles outbreaks illustrate weaknesses in immunization programs, but public health officials can use outbreak response to identify communities at risk, understand causes of under-vaccination, and help deliver locally tailored solutions to ensure vaccinations are available to all."